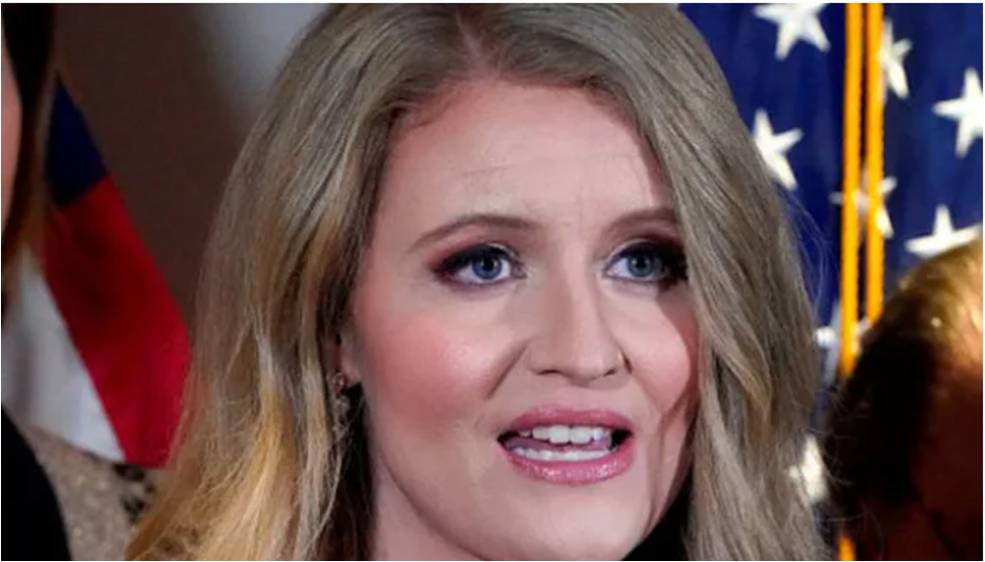 Leftists are calling for the rape of President Trump’s lawyer Jenna Ellis, according to reports.

Ellis claims she has recieved numerous death threats, rape threats and calls for her disbarment.

In an interview with Breitbart News, the Trump legal advisor revealed she has received “hundreds of DMs and messages threatening me.”

Ellis says she also receives regular telephone calls from unfamiliar numbers in the middle of the night, all of which are abusing and threatening in nature.

“Unknown number has called my cell dozens of times between midnight and 4 am to blow up my phone and try to get through the DND [do not disturb],” she added.

A screenshot of the text messages from an unknown person concluded with:

“You deserved to be raped.”

I keep getting a barrage of threats & false accusations from Dems and “reporter” activists.

My only comment is this: Do your worst. I’m not intimidated. I won’t back down. My mission is Truth, my God is the Lord Jesus Christ, and my client is the President of the United States.

Breitbart.com reports: Other Trump attorneys have been harassed, including by the Lincoln Project, a group of Never Trump Republicans who have encouraged the public to harass law firms taking up the president’s case.

The mainstream media has defended these efforts; the Washington Post, for example, published an op-ed Nov. 12 titled “Yes, going after Trump’s law firms is fair game.” Trump’s lawyers in Pennsylvania withdrew the following day, reportedly because of threats.

Joe Biden has not said anything about the threats against Trump’s legal team, as scholar Jonathan Turley has noted.

…While Biden called for unity and healing, he has said nothing about the campaign against Trump lawyers and their clients. No law firms or lawyers have publicly withdrawn their support for the Lincoln Project. The silence speaks loudly to our loss of civility and decency.

“When such actions were taken against lawyers representing civil rights groups and others in the 1960s, it was correctly denounced as an outrageous abuse of our legal system,” Turley tweeted this week. “Now it has become a campaign supported by politicians, lawyers, and the media.”