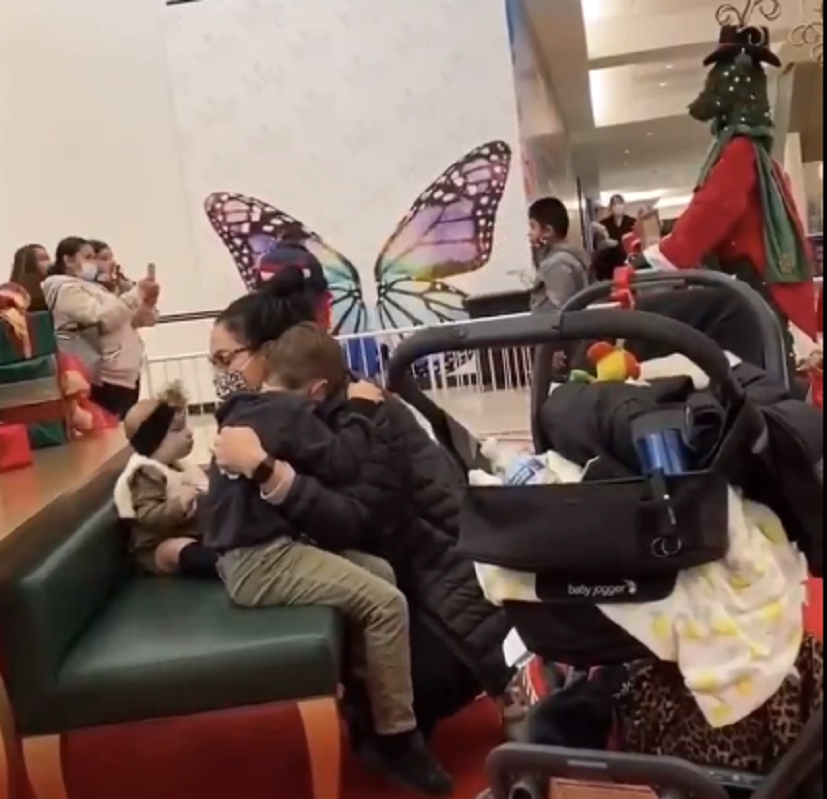 A young boy got the chance to meet a very busy Santa over the weekend and ask him for a Christmas wish, little did the boy know that Santa had recently graduated Harvard with a liberal arts degree, and that unfortunately, his Christmas wish would ultimately have to be rejected, as it goes against Santa’s newfound moral code of Christmas conduct.

The hostile Bad Santa continues to prod the boy until he breaks down in tears.

At this point his mom, who is holding a baby, steps in and lets him know that he will still get a Nerf Gun.

Liberal Santa sends Young Boy Away in Tears After Refusing to Gift Him a Nerf Gun for Christmas @Hasbro pic.twitter.com/9QbKtxcJGK

“Nope, no guns.” Santa says to the little boy before his mother clarifies “Nerf gun”, to which Santa replies: “not even a Nerf gun”. The young boy, confused by the liberal Santa refusing to make his Christmas wishes come true, begins to cry before his mother takes him away.

The war on Christmas rages on, as it would appear that even Santa Claus himself has fallen victim to the liberal mind virus of moral grandstanding and virtue signaling.

Children are not going to take this BS from Santa Claus for much longer. Just saying.