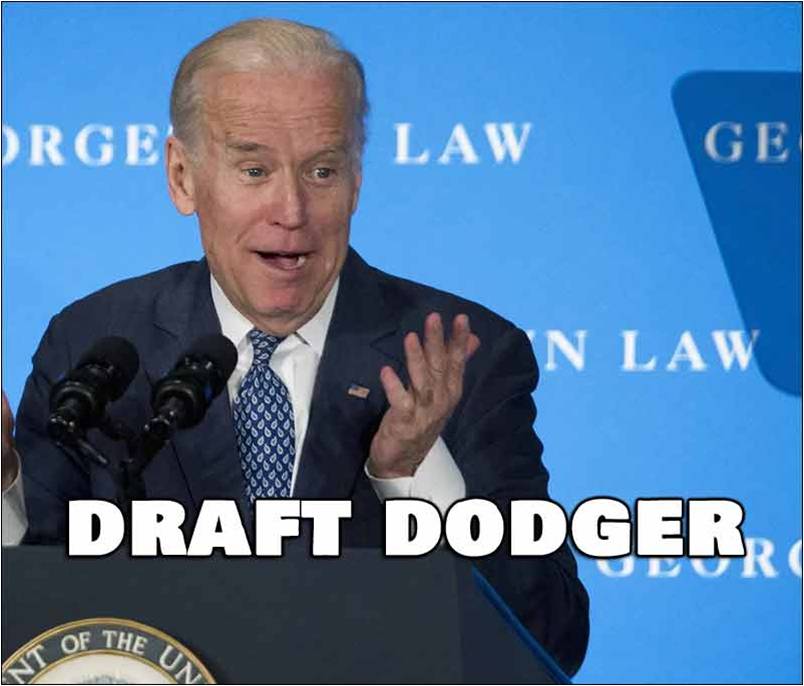 You definitely will not hear this from any of the main stream media news outlets.

Joe Biden received a total of 5 draft deferments as a student, PLUS 1 (one) medical exemption for asthma (that’s 6 total. Even the Left’s precious Fact Checkers USA Today admits it’s true).

The Left TORE APART Trump as a ‘draft dodger’ when Trump actually was granted 4 deferments as a student, plus one medical exemption for bone spurs.

So in reality, which means nothing to those on the Left, Joe Biden ‘dodged the draft’ more times than Donald Trump!

Things to note include the fact that Biden played sports when he was younger. He played football and was a lifeguard in high school (facts that come from his own personal memoir “Promises To Keep”).

Trump also played sports; Tennis, football, squash. But only one also had asthma, and it was bad enough where it kept him from going to defend his country.

Joe Biden had asthma (his medical reason for avoiding the draft), yet still played football and was a lifeguard… Gotcha. …