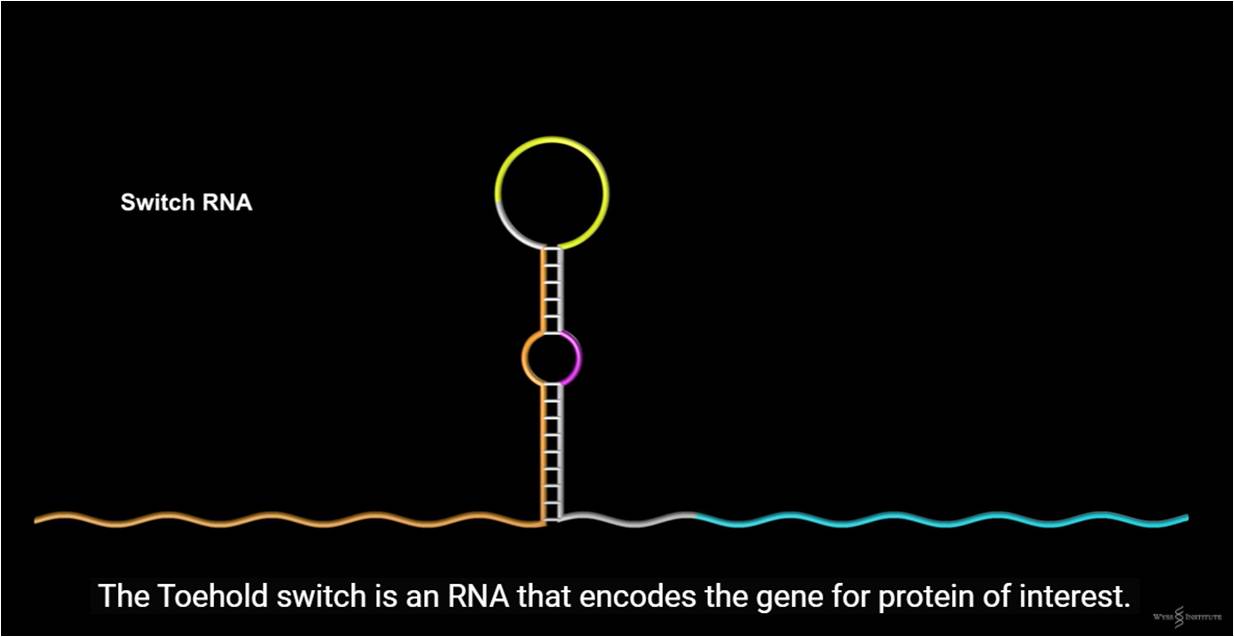 Just remember that this technology can be used to switch genes that will make you fat, stupid, and lazy.

Just remember that CRISPR, the gene editing program, is made effective through injection.

“CRISPR Treatment Is Injected Directly Into a Patient’s Body — a First for Gene Editing.”

The interdisciplinary nexus of biology and engineering, known as synthetic biology, is growing at a rapid pace, opening new vistas that could scarcely be imagined a short time ago.

In new research, Alex Green, a professor at ASU’s Biodesign Institute, demonstrates how living cells can be induced to carry out computations in the manner of tiny robots or computers.

The results of the new study have significant implications for intelligent drug design and smart drug delivery, green energy production, low-cost diagnostic technologies and even the development of futuristic nanomachines capable of hunting down cancer cells or switching off aberrant genes.

“We’re using very predictable and programmable RNA-RNA interactions to define what these circuits can do,” says Green. “That means we can use computer software to design RNA sequences that behave the way we want them to in a cell. It makes the design process a lot faster.”

The study appears in the advance online edition of the journal Nature.

The approach described uses circuits composed of ribonucleic acid or RNA. These circuit designs, which resemble conventional electronic circuits, self-assemble in bacterial cells, allowing them to sense incoming messages and respond to them by producing a particular computational output, (in this case, a protein).

In the new study, specialized circuits known as logic gates were designed in the lab, then incorporated into living cells. The tiny circuit switches are tripped when messages (in the form of RNA fragments) attach themselves to their complementary RNA sequences in the cellular circuit, activating the logic gate and producing a desired output.

The RNA switches can be combined in various ways to produce more complex logic gates capable of evaluating and responding to multiple inputs, just as a simple computer may take several variables and perform sequential operations like addition and subtraction in order to reach a final result.

The new study dramatically improves the ease with which cellular computing may be carried out. The RNA-only approach to producing cellular nanodevices is a significant advance, as earlier efforts required the use of complex intermediaries, like proteins. Now, the necessary ribocomputing parts can be readily designed on computer. The simple base-pairing properties of RNA’s four nucleotide letters (A, C, G and U) ensure the predictable self-assembly and functioning of these parts within a living cell.

Green’s work in this area began at the Wyss Institute at Harvard, where he helped develop the central component used in the cellular circuits, known as an RNA toehold switch. The work was carried out while Green was a post-doc working with nanotechnology expert Peng Yin, along with the synthetic biologists James Collins and Pamela Silver, who are all co-authors on the new paper. “The first experiments were in 2012,” Green says. “Basically, the toehold switches performed so well that we wanted to find a way to best exploit them for cellular applications.”

After arriving at ASU, Green’s first grad student Duo Ma worked on experiments at the Biodesign Institute, while another postdoc, Jongmin Kim continued similar work at the Wyss Institute. Both are also co-authors of the new study.

The possibility of using DNA and RNA, the molecules of life, to perform computer-like computations was first demonstrated in 1994 by Leonard Adleman of the University of Southern California. Since then, rapid progress has advanced the field considerably, and recently, such molecular computing has been accomplished within living cells. (Bacterial cells are usually employed for this purpose as they are simpler and easier to manipulate.)

The technique described in the new paper takes advantage of the fact that RNA, unlike DNA, is single stranded when it is produced in cells. This allows researchers to design RNA circuits that can be activated when a complementary RNA strand binds with an exposed RNA sequence in the designed circuit. This binding of complementary strands is regular and predictable, with A nucleotides always pairing with U and C always pairing with G.

With all the processing elements of the circuit made using RNA, which can take on an astronomical number of potential sequences, the real power of the newly described method lies in its ability to perform many operations at the same time. This capacity for parallel processing permits faster and more sophisticated computation while making efficient use of the limited resources of the cell.

In the new study, logic gates known as AND, OR and NOT were designed. An AND gate produces an output in the cell only when two RNA messages A AND B are present. An OR gate responds to either A OR B, while a NOT gate will block output if a given RNA input is present. Combining these gates can produce complex logic capable of responding to multiple inputs.

Using RNA toehold switches, the researchers produced the first ribocomputing devices capable of four-input AND, six-input OR and a 12-input device able to carry out a complex combination of AND, OR and NOT logic known as disjunctive normal form expression. When the logic gate encounters the correct RNA binding sequences leading to activation, a toehold switch opens and the process of translation to protein takes place. All of these circuit-sensing and output functions can be integrated in the same molecule, making the systems compact and easier to implement in a cell.

The research represents the next phase of ongoing work using the highly versatile RNA toehold switches. In earlier work, Green and his colleagues demonstrated that an inexpensive, paper-based array of RNA toehold switches could act as a highly accurate platform for diagnosing the Zika virus. Detection of viral RNA by the array activated the toehold switches, triggering production of a protein, which registered as a color change on the array.

The basic principle of using RNA-based devices to regulate protein production can be applied to virtually any RNA input, ushering in a new generation of accurate, low-cost diagnostics for a broad range of diseases. The cell-free approach is particularly well suited for emerging threats and during disease outbreaks in the developing world, where medical resources and personnel may be limited.

According to Green, the next stage of research will focus on the use of the RNA toehold technology to produce so-called neural networks within living cells — circuits capable of analyzing a range of excitatory and inhibitory inputs, averaging them and producing an output once a particular threshold of activity is reached, much the way a neuron averages incoming signals from other neurons. Ultimately, researchers hope to induce cells to communicate with one another via programmable molecular signals, forming a truly interactive, brain-like network.

“Because we’re using RNA, a universal molecule of life, we know these interactions can also work in other cells, so our method provides a general strategy that could be ported to other organisms,” Green says, alluding to a future in which human cells become fully programmable entities with extensive biological capabilities.

The accompanying video demonstrates the basic principles of the RNA toehold switch.