Look what the AstraZeneca shot did to this poor woman! WATCH! 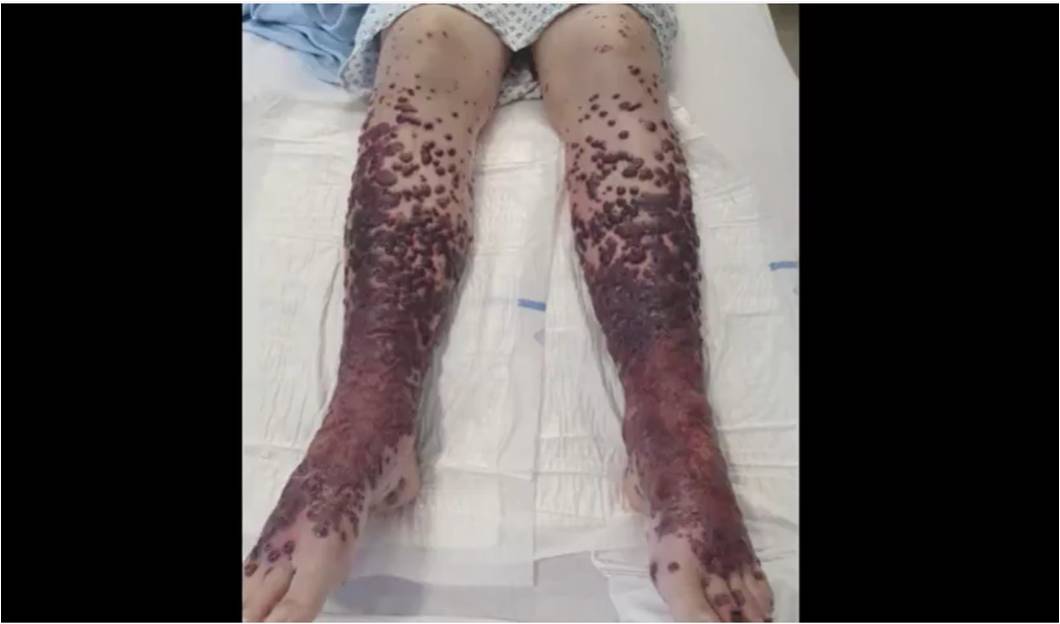 A mother leg’s erupted into painful blood-filled blisters that ‘merged together’ after receiving AstraZeneca’s coronavirus vaccine.

Sarah Beuckmann, from Glasgow, said she suffered flu-like symptoms after getting her first dose in mid-March — a very common side-effect. But the 34-year-old began to feel a tingling sensation in her legs just a week later and noticed a rash flaring up around her ankles.

She called the GP to arrange an appointment that morning, but by the afternoon her skin was already breaking out into blisters.

The mother-of-one was rushed to Queen Elizabeth University Hospital, and claimed at one point she feared her legs might have to be amputated.

Ms Beuckmann spent 16 days in hospital, with blisters also appearing on her hands, face, arms and bottom. She was discharged to recover at home but is wheelchair-bound because she struggles to walk due to the bandages on her legs and blisters on the soles of her feet.

British skin experts told MailOnline it appeared she had suffered an extremely “rare” reaction to the vaccine.