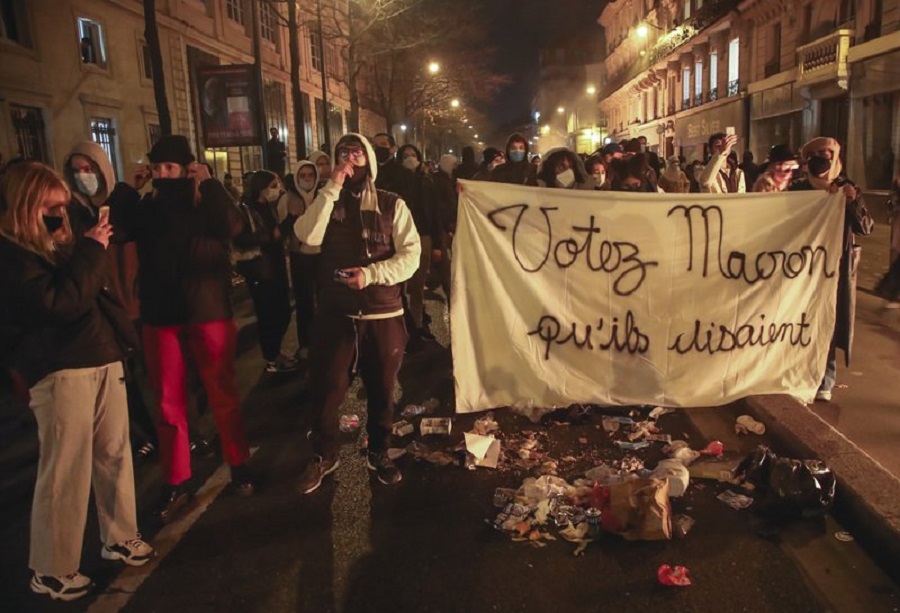 French President Emmanuel Macron on Friday said video images showing police officers beating up a Black man “shame us,” and condemned violence both by and against the police.

Macron asked the government to quickly come up with proposals “to reaffirm the link of confidence that should naturally exist between the French and those who protect them” and to better fight discrimination.

Macron’s remarks, posted on Facebook, were his first since apparently unwarranted use of force by police was spotlighted in two recent incidents. Video that surfaced Thursday showed the beating, days earlier, of music producer Michel Zecler. That followed the brutal police evacuation Tuesday of migrants in a Paris plaza, also documented on video.

Zecler said in an interview with The Associated Press that the officers hurled insults at him, including a very strong racist epithet. He insisted that he has no idea why police went after him.

The incidents come amid controversy over a new security law, particularly an article that would make it a crime to publish images of officers with intent to cause them harm. Civil liberties groups and journalists are concerned that the measure will allow police brutality to go undiscovered and unpunished. Protests are planned around France on Saturday.

In his Facebook message, Macron said he believes police should treat the French in an “exemplary” fashion, and vice versa. That means, he said, that he would “never” accept either violence against police or violence by them.

“Those who ensure the law is applied must respect the law,” he said.

Macron, apparently responding to criticism about his perceived heavy-handedness with the press, stressed that he ardently believes in freedom of expression and freedom of the press.

“The values of the (French) Republic are not negotiable,” he said.

The officers involved in the beating of Zecler were suspended during an internal police investigation.