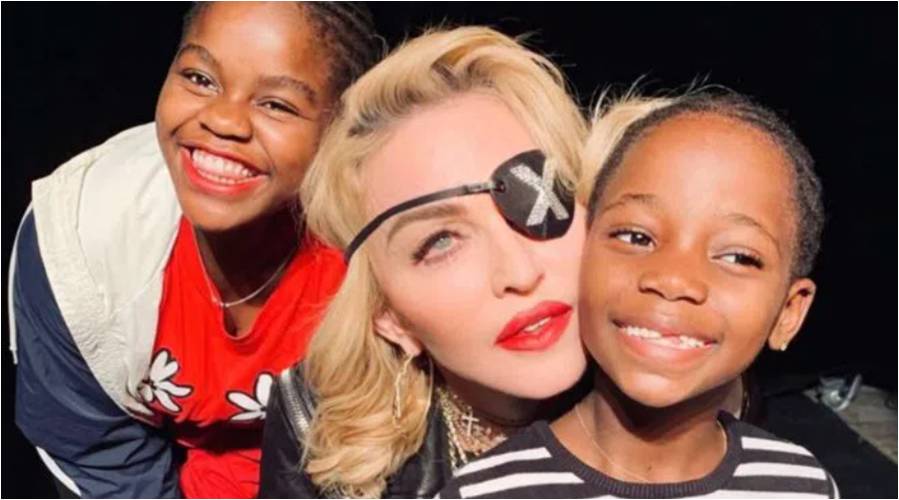 Madonna has been accused of child trafficking and sexually exploiting children from Africa by a charitable organization known as the Ethiopian World Federation (EWF).

This news emerged this week after the EWF demanded that the Malawi government investigate Madonna’s charity “Raising Malawi” for human trafficking, sexual exploitation, fraud, and exposing children to “homosexual and transgender” propaganda.

Madonna herself adopted four children from Malawi a landlocked country located in southeastern Africa and in 2006 she founded the charity called Raising Malawi. The non-profit group seeks to support orphans and vulnerable children through health and education programs.

According to Evie magazine: The EWF is asking Malawian President Lazarus Chakwara to investigate Madonna’s charity and “restrict her and her associates accessibility to Africa and to African children as a precautionary measure until a thorough investigation is done into child trafficking, sex exploitation, sexual slavery, adoption reversal, threat of coercion, fraud, deception and abuse of power or vulnerability.”

It continues, “Madonna had to sign a contract that forbade the book from including images of child pornography, bestiality, or religious imagery. Shortly after signing that agreement, Madonna founded a company called Maverick, a partnership with Time Warner. She now holds total artistic control over any work released by Maverick, who is now the book’s publisher. The agreement she signed with Time Warner with the sexually explicit content in the book Sex was null and void.”

The petition argues that the “psychology” behind Madonna’s ability to “release child pornography, religious imagery, bestiality and vulgar pornography has prompted her to open an orphanage in Malawi named ‘Raising Malawi’ in 2006 to host social experiments on vulnerable African children in Malawi.”

The group suggests that the singer is using her Malawian adopted son, David Banda, “for sexual exploitation and social experiments.” The petition cites the photos of David wearing women’s clothes, makeup, and jewelry. The EWF also alleged that Madonna falsely claimed David’s dad of being absent when she applied for his adoption.

Madonna adopted more kids from Malawi after David – in 2009, after battling in court, the singer was finally approved to adopt Mercy James. She adopted a set of twins, Estere and Stella, in 2017. The plea further states, “We firmly believe that Malawi has been robbed of its most precious resource – its children,” it continues, “In 2013, the country accused Madonna of ‘bullying’ state officials and making diva demands –  and of citing her Raising Malawi charity as the reason for doing so.”

In 2009, Madonna was accused of child trafficking when the Malawi court rejected her bid to adopt a second child. In her ruling, Judge Esimie Chombo warned people against celebrity adoptions, stating that they could lead to child trafficking. “Anyone could come to Malawi and quickly arrange for an adoption that might have grave consequences on the very children that the law seeks to protect,” she said. The court eventually ruled in favor of Madonna after she filed an appeal in 2009.