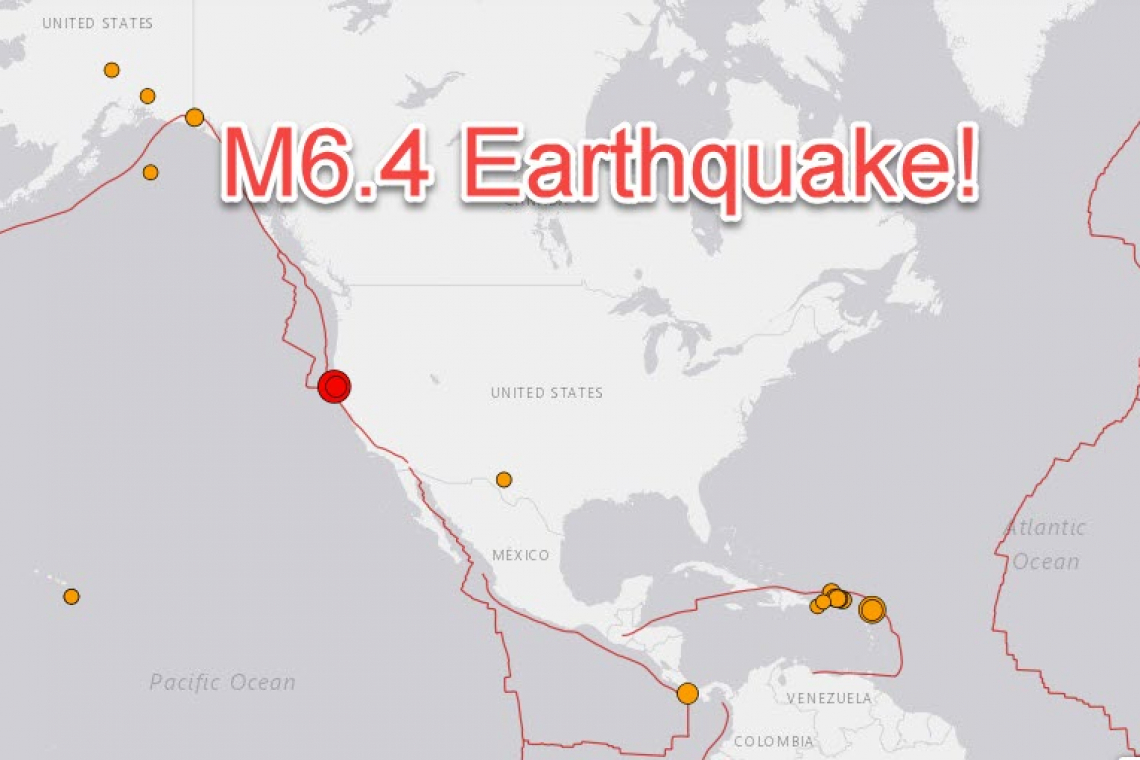 A strong magnitude 6.4 earthquake has struck in the Pacific Ocean, just off the west coast of northern California, near Ferndale, at the  tip of the Cascadia Subduction Zone (CSZ).   The quake took place at 5:34 AM eastern US Time, which is 2:34 AM local time in California.   It struck at a shallow depth of only 16.1km and was felt very widely throughout the state.

According to initial resident reports, the shaking was perceived to be from “strong” to “Severe/Violent” in homes near Eureka, CA.

The image below shows the “Shake Map” and the colors correspond to the descriptions in the chart beneath the map image:

The article is being updated almost constantly as of 5:55 AM EST and more details will be added below.  Check back.

During the writing of this story, multiple “after-shocks” have been striking the same area of California, but farther inland, heading almost due East of the main quake Epicenter.  Below is a list of eight aftershocks as of 5:59 AM EST:

The map image below shows the location of the aftershocks and their movement due east from the original quake:

Since this earthquake appears to have taken place off the coastline in the Pacific Ocean, by just a few miles, the US Pacific Tsunami Warning Center made an asessment, and they say “NO TUSNAMI IS EXPECTED”

Many areas in northern California are now experiencing power outages, with at least 15,000 customers in Humboldt County impacted, poweroutage.us reported.

Gas leaks are also being reported to the fire service in Fortuna and the town of Rio Dell following a reported structural collapse on Pacific Avenue.

It is understood that one person may be unaccounted for in Rio Dell.