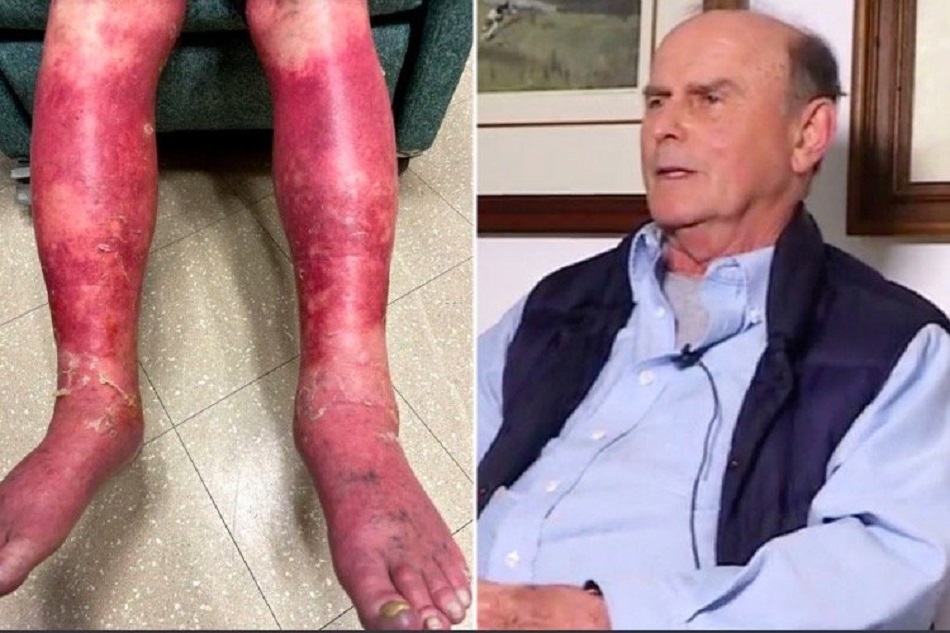 A Virginia man’s skin swelled, burned then peeled off in a rare reaction to the Johnson & Johnson Covid-19 vaccine.

74-year-old Richard Terrell said he began to feel discomfort in his armpit four days after he received the Covid-19 vaccine earlier this month.

Soon Terrell developed an itchy rash and his skin began to swell, turn red and burn.

“It was stinging, burning and itching,” Terrell said as he described the pain. “Whenever I bent my arms or legs, like the inside of my knee, it was very painful where the skin was swollen and was rubbing against itself.”

After a few days, the rash covered his entire body and his skin peeled off.

A Goochland County man suffered a severe reaction after getting his COVID-19 vaccine and VCU doctors believe it was a direct result of the shot.

Richard Terrell got the one-dose Johnson & Johnson vaccine earlier this month. He suffered a severe rash that spread over his entire body and turned his skin red. The 74-year-old was admitted to the hospital and spent five days at the VCU Medical Center.

Terrell was released from the hospital and is now sharing his vaccination story as he recovers from the comfort of his Goochland home. He tells 8News that he’s still very weak and that it will take some time for him to fully recover, but he’s thankful to have received his dose.

“It all just happened so fast. My skin peeled off,” Terrell said as he looked down. “It’s still coming off on my hands now.”

On March 6, Terrell received the Johnson & Johnson vaccine in Ashland. He shares that everything went perfectly fine, however four days later he started experiencing symptoms.