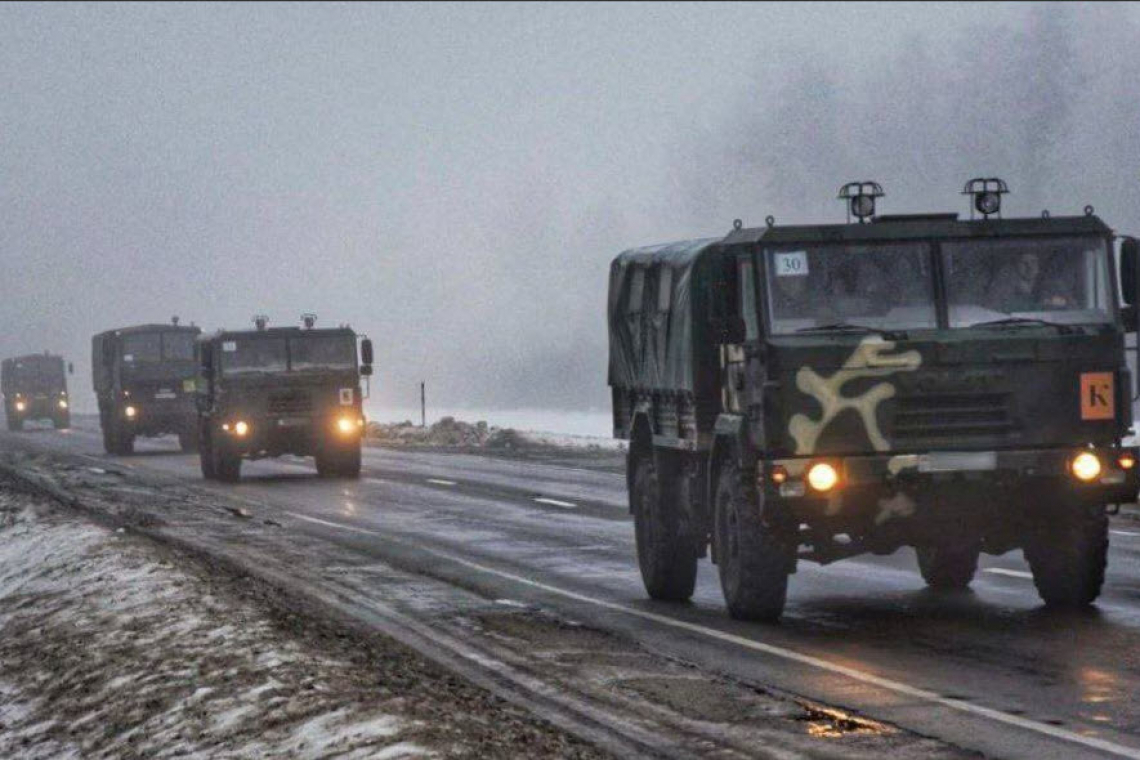 As of 7:12 AM EST here in the USA, troops in Belarus are now on the move toward Ukraine and their tanks and other vehicles bear a new combat group designation: “K”

Word coming out of the region suggests (but does not confirm) that a new invasion of Ukraine will commence on (western) Christmas Day, December 25-into-26.

It is worth noting — in that part of the world, people do not celebrate Christmas on December 25, they celebrate Orthodox Christmas in early January.  So what is a solemn and holy day for us in the west, is not yet that same holy day for them.

Whether or not a secondary invasion will take place, it seems clear from images and information coming out of Belarus, that at least _something_ big seems to be taking place right now.

Convoys of military troops and armor are on the move.  Whatever this is, could prove decisive in the ongoing Russia-Ukraine Special Military Operation.

It has been speculated for weeks that Russia had been massing troops in Belarus to launch a second offensive into Ukraine, in the areas near the Poland Border, so as to cut-off NATO supplies coming into Ukraine.

If these troops move southward from Belarus, they would enter northwestern Ukraine in perfect position to halt weapons shipments from Poland.

In a rather unusual early-morning statement, the Russian Ambassador to the USA said early Friday morning “The risk of a clash between Russia and the USA is now high.”

Why a statement like that would be issued so early in the morning is not yet clear.  It is, however, unusual.