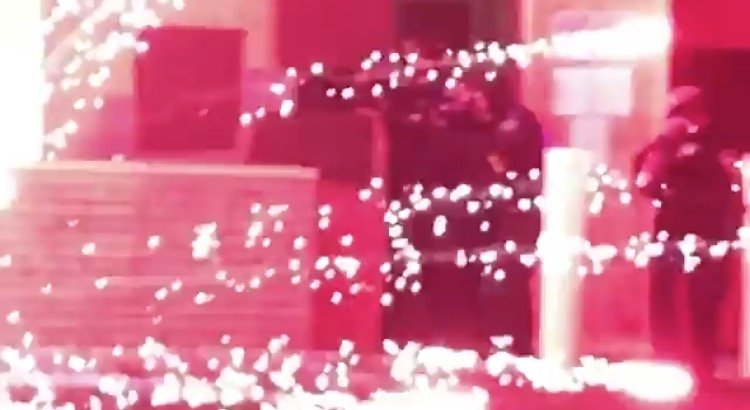 There is a virtual media blackout after Antifa terrorists rioted at the Portland ICE facility overnight.

Antifa blocked the street, set a dumpster on fire and tried to push it into the ICE building.

Federal police were attacked as soon as they came out of the building to stop Antifa from setting the building on fire.

Federal officers rushed to make a targeted arrest of a repeat offender who was quickly released without bail.

Only ONE Antifa goon was arrested by Portland police but he was released right away so he can go back out and riot again tonight.

The Department of Homeland Security on Wednesday issued a national terrorism advisory and took a veiled shot at conservative media outlets and Trump supporters.