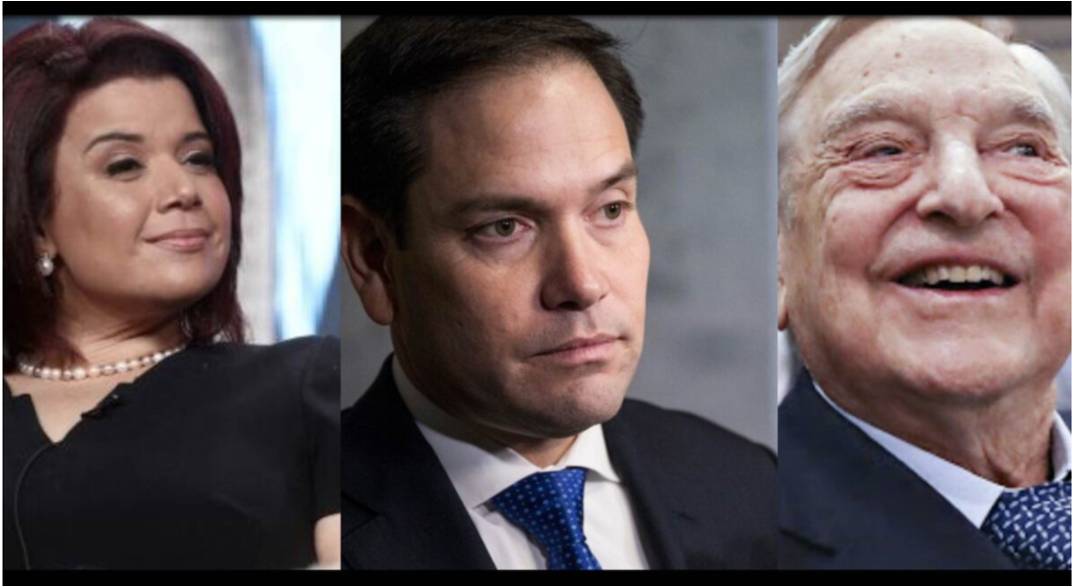 Republicans are getting ready to hook up with Ana Navarro and George Soros to push through amnesty.

Well, that didn’t take long, did it?

In case you were wondering if the GOP – who’s gone completely stone-cold-silent on the biggest election fraud in our country’s history – was in on it, maybe this story I am about to yell you will help clear things up a bit.

Turns out that a group of GOP globalists, who probably drank champagne when the traitors at Fox News called the race for Biden, are now getting ready to make a move to push through amnesty.

And which traitor is leading the pack?

Amazingly – and perhaps predictably – a group of Republicans have already emerged, ready to assist the left’s agenda to effectively vaporize U.S. borders should Biden ascend to the presidency.

These squishes completely ignore the clear lessons of the November 3rd plebiscite, seeking instead a retreat to globalist migration policies in cahoots with corporatist titans in league with Chuck Schumer. They all want to clear a path for legalizing tens of millions of illegal migrants already here. Plus they want to entice untold masses of more such lawbreakers.

On the Democratic side, participants include Senators Chuck Schumer and Dick Durbin. The business sponsor list includes big business titans with a heavy Chicago bent and a plethora of inherited-wealth grandees with names like Pritzker, Crown, and Duchossois.

As if this consortium were not already bad enough, CNN’s Ana Navarro is also included.

Ana’s apparent expertise on the subject includes her heartless circus antics of filing her nails on-air during Chris Cuomo’s show as I discussed the cold-blooded murder of an American policeman and legal immigrant to America – Corporal Ronil Singh –who was gunned down by an illegal migrant in a so-called “sanctuary” jurisdiction of California.

These globalists have been chomping at the bit waiting for this moment for 4 long years.

This will be a gift for all their donors…a nice slice of “amnesty pie” so they can have all the cheap labor their little hearts can handle.

In case you didn’t realize it yet, we’ve been duped and sold out by the political party we’ve loyal stood by and helped.

They couldn’t wait to get back to “business as usual” and they couldn’t care less that your vote and your voice was silenced – to them, you are nothing more than a useless peasant.