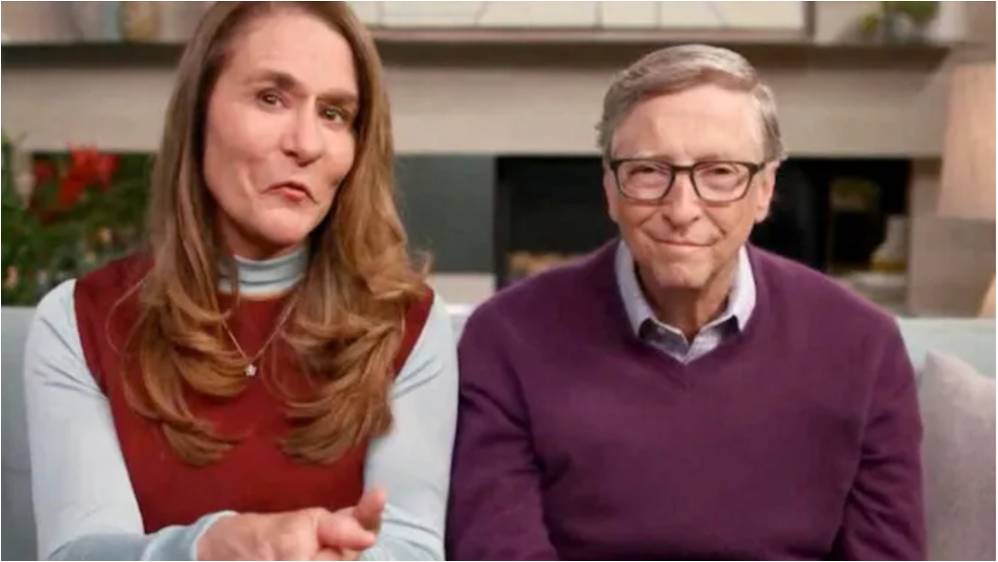 Melinda Gates was ‘furious’ after she was dragged to a meeting with Jeffrey Epstein in 2013 – who by then was a convicted pedophile.

According to a report by the Daily Beast, the secret meeting was held at Epstein’s Upper East Side mansion in September, 2013, the same day Bill and Melinda Gates were given the Lasker-Bloomberg Public Service award at the Pierre Hotel.

According to insiders, the meeting with the pedophilia billionaire would “prove a turning point for the Gates’ relationship with Epstein,” with Melinda confiding in friends that she felt uncomfortable the whole time.

Zerohedge.com reports: According to the New York Times, Gates and Epstein met at least six times, including visits to Epstein’s New York mansion on ‘multiple occasions,’ staying at least once into the night.

So – the Gates’ had no problem traveling across the country to meet with the convicted pedophile – who named Gates adviser Boris Nikolic as a fallback executor in a will Epstein amended just days before his August 2019 death in a Manhattan jail cell.

Now, eight years later, Melinda apparently had a problem with it.

In a 2011 email to colleagues, Gates wrote: “His lifestyle is very different and kind of intriguing although it would not work for me.”

A spokeswoman or Gates, Bridgitt Arnold, said he “was referring only to the unique décor of the Epstein residence — and Epstein’s habit of spontaneously bringing acquaintances in to meet Mr. Gates,” adding “It was in no way meant to convey a sense of interest or approval.” Perhaps Gates was taken aback by Epstein’s “main hallway that was covered with rows of artificial eyeballs from England that had been made for wounded soldiers” (via the Daily Mail).

Also contradicting Gates’ distancing are flight records, which reveal that “Gates flew with Epstein from Teterboro Airport in New Jersey to Palm Beach on March 1, 2013,” on Epstein’s private jet – “one of the few flights that year where pilot Larry Viskoski recorded the name of a passenger,”According to the Daily Mail.

Gates hilariously claimed that he wasn’t aware it was Epstein’s plane!

In March 2013, Mr. Gates flew on Mr. Epstein’s Gulfstream plane from Teterboro Airport in New Jersey to Palm Beach, Fla., according to a flight manifest. Ms. Arnold said Mr. Gates — who has his own $40 million jet — hadn’t been aware it was Mr. Epstein’s plane. –New York Times

Meanwhile, employees of the Gates foundation also visited Epstein’s mansion on multiple occasions, while Epstein also “spoke with the Bill and Melinda Gates Foundation and JPMorgan Chase about a proposed multibillion-dollar charitable fund — an arrangement that had the potential to generate enormous fees for Mr. Epstein,” according to the Times.

In late 2011, at Mr. Gates’s instruction, the foundation sent a team to Mr. Epstein’s townhouse to have a preliminary talk about philanthropic fund-raising, according to three people who were there. Mr. Epstein told his guests that if they searched his name on the internet they might conclude he was a bad person but that what he had done — soliciting prostitution from an underage girl — was no worse than “stealing a bagel,” two of the people said.

How Gates and Epstein met, according to the New York Times;

Two members of Mr. Gates’s inner circle — Boris Nikolic and Melanie Walker — were close to Mr. Epstein and at times functioned as intermediaries between the two men.

Ms. Walker met Mr. Epstein in 1992, six months after graduating from the University of Texas. Mr. Epstein, who was an adviser to Mr. Wexner, the owner of Victoria’s Secret, told Ms. Walker that he could land her an audition for a modeling job there, according to Ms. Walker. She later moved to New York and stayed in a Manhattan apartment building that Mr. Epstein owned. After she graduated from medical school, she said, Mr. Epstein hired her as a science adviser in 1998.

Ms. Walker later met Steven Sinofsky, a senior executive at Microsoft who became president of its Windows division, and moved to Seattle to be with him. In 2006, she joined the Gates Foundation with the title of senior program officer.

At the foundation, Ms. Walker met and befriended Mr. Nikolic, a native of what is now Croatia and a former fellow at Harvard Medical School who was the foundation’s science adviser. Mr. Nikolic and Mr. Gates frequently traveled and socialized together.

Ms. Walker, who had remained in close touch with Mr. Epstein, introduced him to Mr. Nikolic, and the men became friendly.

Mr. Epstein and Mr. Gates first met face to face on the evening of Jan. 31, 2011, at Mr. Epstein’s townhouse on the Upper East Side. They were joined by Dr. Eva Andersson-Dubin, a former Miss Sweden whom Mr. Epstein had once dated, and her 15-year-old daughter. (Dr. Andersson-Dubin’s husband, the hedge fund billionaire Glenn Dubin, was a friend and business associate of Mr. Epstein’s. The Dubins declined to comment.)

The gathering started at 8 and lasted several hours, according to Ms. Arnold, Mr. Gates’s spokeswoman. Mr. Epstein subsequently boasted about the meeting in emails to friends and associates. “Bill’s great,” he wrote in one, reviewed by The Times.

“I didn’t go to New Mexico or Florida or Palm Beach or any of that,” claims Gates. “There were people around him who were saying, hey, if you want to raise money for global health and get more philanthropy, he knows a lot of rich people.”

And it looks like Gates was one of Epstein’s “rich people.” According to the report, Gates donated $2 million to MIT’s Media Lab, which university officials described as having been “directed” by Epstein.

According to Arnold, Gates’ spokeswoman, “Over time, Gates and his team realized Epstein’s capabilities and ideas were not legitimate and all contact with Epstein was discontinued.”

Perhaps ‘Gates and his team’ should have steered clear of the known pedophile in the first place?