Michelle Obama Admits What We’ve All Suspected: Her Marriage to Barack Has Been Rocky 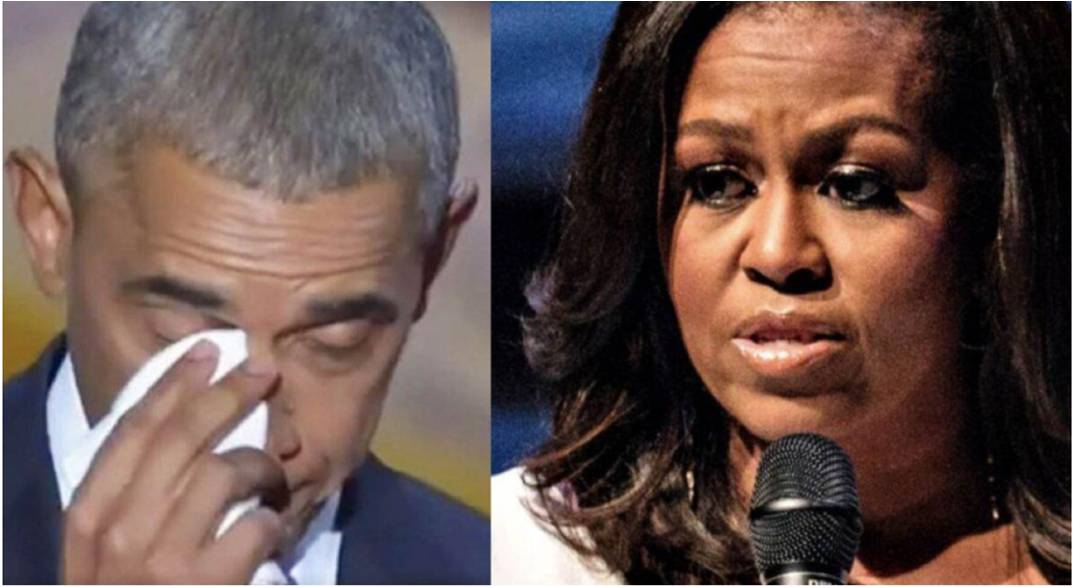 No matter how they tried, you never got truly happy/lovey vibe from these two

In a shocking new interview, former First Lady Michelle Obama opened up about the “hard times” that she and ex-President Barack Obama have had in their marriage.

“Before the White House, before the kids, before careers, it was just me and Barack together shaping our lives, building a friendship, being one another’s everything,” Michelle explained to People Magazine. “That’s what we were able to return to once the White House was over and the kids were grown and you knew they were okay.”

“We came through the struggle together, which makes our foundation even more solid than it was,” she added. “I am happy to say that I can now look up from all of that and look over across the room and I still see my friend.”

Michelle had previously admitted that things got so bad in their marriage that they had to get counseling at one point.

“What I learned about myself was that my happiness was up to me and I started working out more, I started asking for help, not just from him but from other people,” Michelle said. “Marriage counseling, for us, was one of those ways where we learned to talk out our differences.”

She added that it was “important for us to be honest and say, ‘If you’re in a marriage and there are times you want to leave, that’s normal’ — because I felt that way.”

In his 2020 memoir “A Promised Land,” Barack discussed the toll that politics took on his marriage.

“There were nights [in the White House] when, lying next to Michelle in the dark, I’d think about those days when everything between us felt lighter, when her smile was more constant and our love less encumbered,” he wrote. “And my heart would suddenly tighten at the thought that those days might not return.”

“During the time we were there, Michelle felt this underlying tension. The pressure, stress, of needing to get everything right, to be ‘on’ at every moment,” Barack continued. “There were times where I think she was frustrated or sad or angry but knew that I had Afghanistan or the financial crisis to worry about, so she would tamp it down.”

In her new interview, Michelle also talked about why she and Barack felt it was so important to be open about their marriage struggles.

“We didn’t have role models of the hard times because our parents, their generation were taught you don’t talk about marriage and you definitely don’t talk about the hard times,” Michelle explained. “So, when you’re young and coming up and raising a family together, no one has prepared you for the fact that there will be times when you will have to devote your energies to other things.”