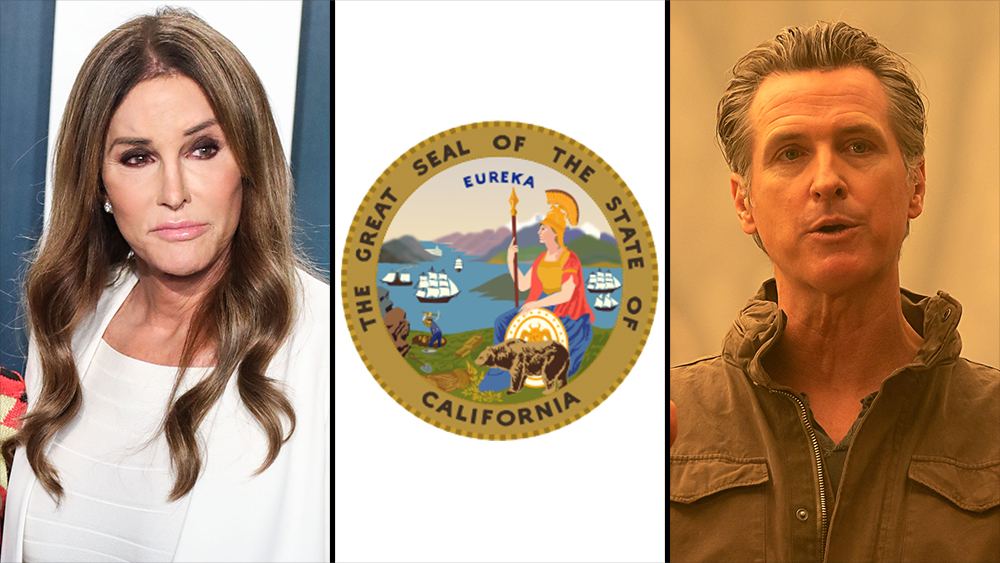 “It’s not that the voters of California don’t care. They do care. But they have learned the hard way that their votes don’t count.”

“Jenner has already been selected and no matter who else runs or how many votes they get, Jenner is going to win.”    The election is slated for November.

You Say Commie, I Say Tranny, Let’s Recall the Whole Thing Off

Welcome to the freak show. Just when you thought it couldn’t get any crazier, California, the land of fruits and flakes, is preparing to hold a recall election for governor and the two leading candidates are a Communist, Gaven Newson and Caitlyn Jenner, a man wearing makeup and a dress.

Think about it. Soon Californians will be able to choose between a governor and a girdle, a liar and a lipstick wearer, a fuhrer and a tranny.

Can you see where this is going? The freak is going to win, of course, whether by hook or by crook, and then school children and students all across the land, from kindergarten to college, will be forced to call him a her, to address a man as a woman, to describe a he as a she.

It will be proclaimed from every university and taught in every school. It will be on the official state stationary and in every letter and document.

It’s actually brilliant when you think about it. What better way to condition society to accept the unacceptable, to give reality to that which is not real and legitimize the illegitimate.

What better way to brainwash school children into accepting the insane than by displaying a picture of the state governor in every classroom.

What better way to undermine and usurp the conservative movement than to have them acknowledge crossdressing as one of their “values.”

This way it’s all official. This way no one can complain. After all, it’s the governor we’re talking about.

You say a tranny is better than a commie? A commie shut down churches across the state. A tranny will make no one want to go to church.

A commie forced children to wear masks. A tranny will push your boys to wear dresses.

A commie steered the state into an iceberg. A tranny will have us all laughing and singing show tunes while the state sinks down under the icy cold water.

The saddest part of all is how the mush-brained masses will accept it. Many will even revel in it. Forget about wanting to be President. We now live in a nation where any young boy can grow up to be a governor in a dress.