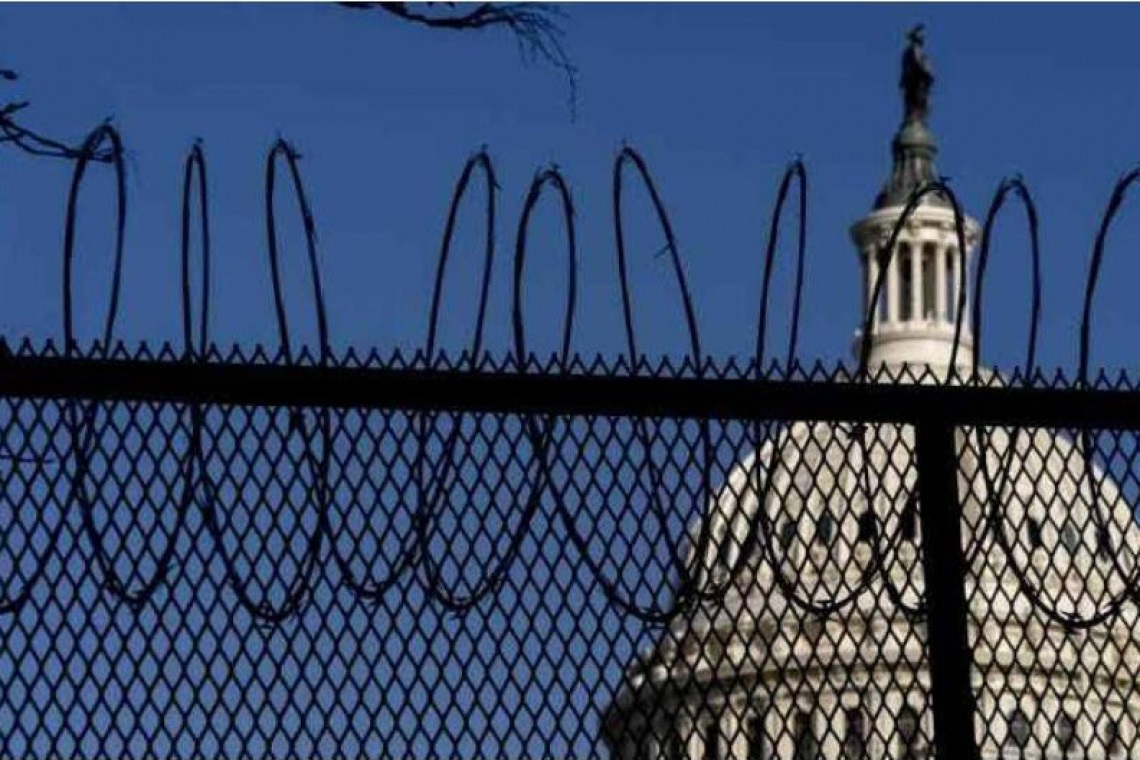 Reports are flooding in saying military checkpoints around the US Capitol are checking ID’s of anyone who wants to *** LEAVE *** the cordoned-off area!

Why would security be checking ID of people trying to LEAVE . . . unless they’re looking for specific people?

Also, people in DC have sent a photo of the Razor Wire atop fencing around the US Capitol.  The wire is on the INSIDE of the fencing; which would prevent anyone INSIDE from climbing the fence to get out.

Mass arrests are planned and the people to be arrested are the ones INSIDE the Capitol.