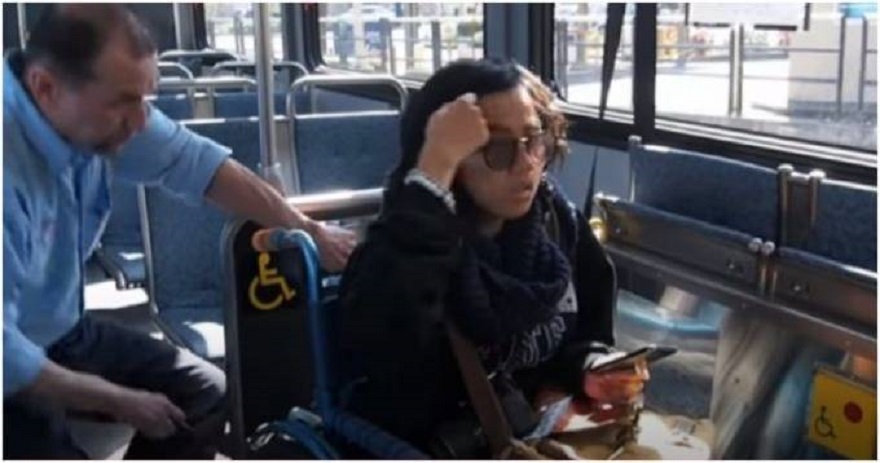 A despicable event allegedly took place in Minnesota during the election, according to a sworn affidavit. The Minnesota man’s statement describes a horrifying scene where “severely mentally handicapped” individuals were forced to vote for Joe Biden. Is he telling the truth? You don’t want to miss this.

On November 2, 2020, in Otsego, Minnesota, a retired construction worker, developer, and land investor describes what he claims to have witnessed at the Sherburne County Office.

In a sworn affidavit, the man said he witnessed “a busload of severely mentally handicapped people who were forced by handlers to vote for Joe Biden.”

In great detail, the witness describes being at the Sherburne County Office and standing right next to a line of severely mentally handicapped people who were there for early voting. He claimed to have watched them being taken, one by one, up to vote, with someone else (caretaker/handler) holding their hand and forcing them to make voting choices.

The witness notes that “the caretakers were the ones making the voting choices for these handicapped people” and held the handicapped person’s hand in theirs to mark the ballot for them.

The witness said they voted for Joe Biden and indicated that many of them could not even hold a pen by themselves and appeared unable to make voting decisions.

Here is the witness’s sworn affidavit:

There have been instances of suspected voter manipulation throughout the country.

Under Texas law, only a parent, spouse, or child who is a qualified voter of the county may act as an agent in registering a person to vote, after being appointed to do so by that person. If convicted, Brunner faces up to 10 years in prison for these offenses.

In 2011, Minnesota resident Jim Stene voted in the presidential election and thought he was casting his ballot for “President Gerald Ford.” Stene, who suffers from anoxic encephalopathy, a severe brain damage caused by a lack of oxygen to the brain, was living in a group home in Brainerd, Minn.

He and other residents of the home were taken to the Crow Wing County auditor’s office on Oct. 29 to vote by absentee ballot. Stene’s father charged in an affidavit that “a voter crime was committed … because James is mentally incompetent and is very coachable.”

He feared his son, and many others like him, could be used to swing elections across the nation. A Brainerd resident said he witnessed the group home residents voting and said it appeared “they had no idea what was going on.”

He accused the group home staff of “forcing the vote, and they were telling them who to vote for, actually using candidates’ names.”

According to the CDC, there are 61 million adults living in the US with a disability, and 10.8% of those have cognitive disabilities. Protecting them from election fraud is extremely important.

This type of voter fraud is so disturbing. Many of these mentally handicapped individuals are functioning at the level of small children. They need assistance getting dressed, eating, and all of their activities of daily living.

In my opinion, this type of fraud also seems to be a Democratic Party issue. In every case we found, the handlers are working to get the Democrat candidate elected. This election has caused most Americans to doubt our election integrity. Never have we seen so many sworn statements witnessing alleged fraud.

Trump’s legal team is reporting a concerted effort in Milwaukee, Detroit, Atlanta, Philadelphia, Las Vegas, and Phoenix, where election officials either dropped the ball, looked the other way, or were complicit in the alleged fraud.

Four of those cities, Milwaukee, Philadelphia, Detroit, and Atlanta stopped counting the votes on Election Night. This was unprecedented. Statistically, abnormal vote counts were the new normal when counting resumed. They were unusually large in size (hundreds of thousands) and had an unusually high (90 percent and above) Biden-to-Trump ratio.

Unless we acknowledge our election system is broken, Americans will never trust any election going forward. Many Americans will never accept Joe Biden as a legitimate president. We must uncover what happened in this last election. If President Donald Trump really won re-election, then our lawmakers must be bold enough to remedy the fraud.

Americans are a forgiving people, but we are not dupes who will sit idly by and accept an election so fraught with issues, and no honest person can say Joe Biden broke all past election records and got 81 million votes. No amount of mainstream media propagandists magically makes it true.