Minnesota Theater Cancels Cinderella Production Because The Cast is “Too White” 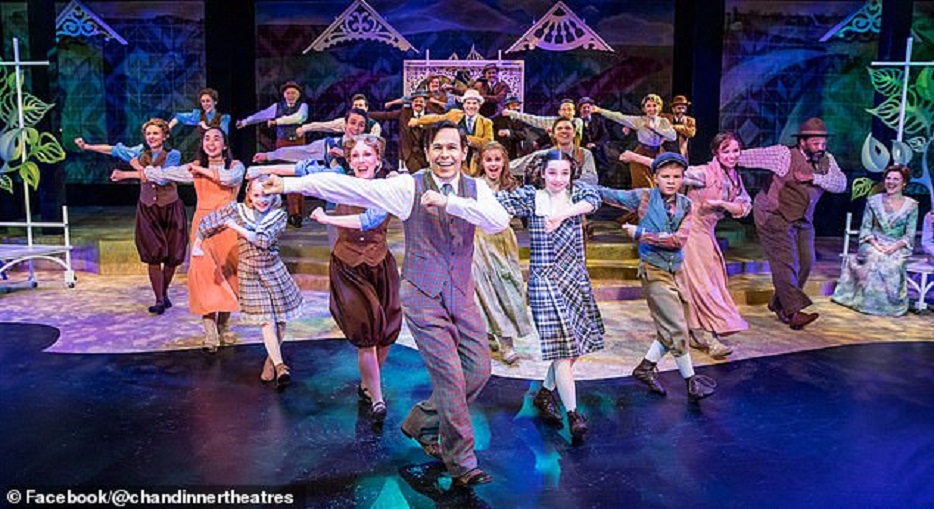 Chanhassen Diner Theater has announced on its website that out of a commitment to “diversity, equity, and inclusion,” they made the decision to cancel their upcoming production of Rodger’s and Hammerstein’s “Cinderella.”

As most of us know at this point, “diversity and inclusion” are code words for: fewer white people. After all, the production of Hamilton was never called out for diversity problem despite the cast being all black.

The theater said in their statement that the show was simply not aligned with their diversity goals. This comes despite the fact that the story of Cinderella comes from European folklore, its earliest variant being the Greek story of Rhodipus. The earliest literary version of Cinderella was published in Italy in the 15th century, and the current most widely-known version in the English-speaking world was written by a French author.

In the same statement by the theater, they said that they would invite and pay a black, indigenous, or person of color to analyze the makeup of the cast and teach the creators how to make future productions of this European folkloric story “less-racist.” Granted, the theater does not mention the origins of the folkloric tale in their statement, because that would be ‘racist’ and ‘offensive’.

“We believe this new process will allow us to tell the story in a rich way and allow us to live out our commitment to identity-conscious casting and becoming a more intentionally anti-racist theater,” the statement reads.

Michael Brindisi, the Theater’s artistic director, told the Twin Cities Pioneer Press that the cast was essentially nixed because of their skin color; of course he said it in a less blunt manner. Brindisi stated that the cast was “98% white”, and added “that doesn’t work with what we’re saying we’re going to do.”

According to the New York Post, the theater resides in a Minneapolis suburb that is 92% white, 3% Hispanic, and 1% black.

“We did not cancel Cinderella because of content. We are looking forward to bringing it to our stage in the future,” the update reads. “But we as a company decided our original casting didn’t go far enough in our commitment, and instead of waiting another full year to implement these important changes, we chose now.”

Following the Black Lives Matter Movement actions across the nation in the summer of 2020, many organizations have committed themselves to the efforts of “DEI,” which means: diversity, equity, and inclusion.

MANY OF THE “DEI” EFFORTS INCLUDE HARSH CRITICISMS OF “WHITENESS” AND ENCOURAGE WHITE PEOPLE TO BECOME “ANTI-RACIST.” THERE HAVE ALSO BEEN LISTS CREATED TO ASCRIBE CHARACTERISTICS OF WHITENESS AND INSTITUTIONS THAT ARE “TOO WHITE.”

“DEI” HAS ALSO PLAGUED COLLEGE CAMPUSES AND UNIVERSITIES. AT AN OHIO LAW SCHOOL, TWO DEANS CRITICIZED THE STUDENT BODY FOR BEING “EXCESSIVELY” WHITE AFTER A STUDY DECLARED THAT THE LAW SCHOOL WAS THE 144TH MOST WHITE SCHOOL IN THE NATION.

It seems like every day, “wokeness” and anti-whiteness plagues the nation more and more.