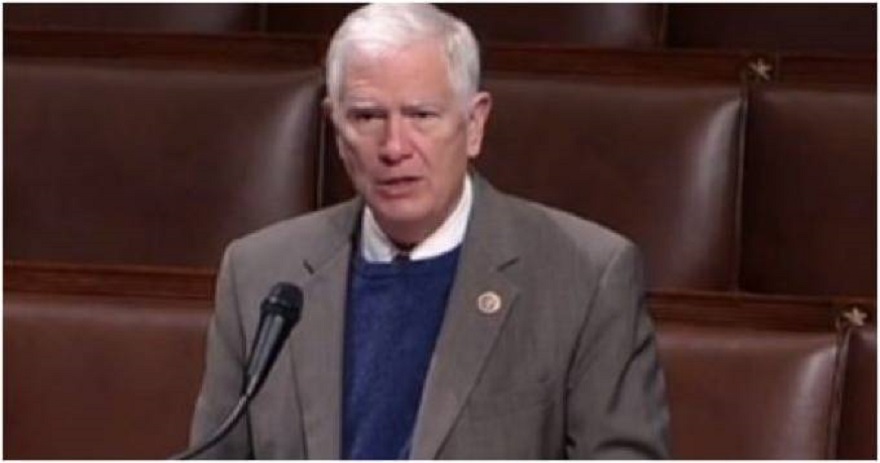 Rep. Mo Brooks, R-Ala., is causing the Democrats to freak out. Brooks made it known on Wednesday he is standing with President Donald Trump by vowing to challenge the Electoral College on January 6. You don’t want to miss this.

Alabama Republican lawmaker Mo Brooks took a significant stand after he announced that he’s vowing to challenge the results of the Electoral College when it’s time for Congress to certify the votes on January 6.

Brooks made clear, in no uncertain terms, that he’s only interested in dealing with “legal” votes cast in the 2020 election while insisting if only legal votes were counted, Trump easily secured a second term in the White House.

“I’m doing this because in my judgment this is the worst election theft in the history of the United States. And if there was a way to determine the Electoral College outcome using only lawful votes cast by eligible American citizens, then Donald Trump won the Electoral College,” Brooks told The Hill in an interview.

“I’m not focused on what is in the legal pleadings in all these lawsuits all over the country. There’s some number of votes that probably were illegal in some different places to some degree. That is not that abnormal,” he added.

“I urge @realDonaldTrump & Republicans to fight Biden’s unlawful victory claims. There’s no way I’ll vote in the House to ratify the Electoral College votes of states where illegal votes distorted the will of the people in those states who voted legally,” Brooks tweeted back on November 7.

I urge @realDonaldTrump & Republicans to fight Biden’s unlawful victory claims. There’s no way I’ll vote in the House to ratify the Electoral College votes of states where illegal votes distorted the will of the people in those states who voted legally.https://t.co/EEt4soixaS

“It is extremely difficult in a court of law to determine how many illegal votes were cast and who they were cast for. And that is one of the reasons why the FBI, the Justice Department, and the federal judiciary are wholly inadequate for handling this issue,” Brooks declared.

“And also one of the reasons why the writers of the United States Constitution determined that it would be unwise for federal courts that even the Supreme Court to be the arbiter,” he added.

Brooks gave a speech on the House floor stating: “Per the United States Constitution’s 12th Amendment, Congress, not the Supreme Court, elects the next president and vice president if no candidate wins an Electoral College vote majority.”

Brooks argues Joe Biden’s so-called win is so corrupted at this point, that it’s time Congress steps in and takes control.

This remedy, of course, will only come into play if the president’s legal team fails in their various lawsuits and challenges to legislatures to exercise their rights provided by the Constitution.

Trump’s legal team has been educating state legislatures on the Founding Fathers’ wishes if an election has been corrupted.

“State law delegation of election process and manner of selecting delegates does not supersede the US Constitution, which expressly provides the state legislatures authority to select delegates. State legislatures may reclaim that authority at any time. Article II, Sec 1.2,” tweeted Jenna Ellis, attorney for President Trump.

State law delegation of election process and manner of selecting delegates does not supersede the US Constitution, which expressly provides the state legislatures authority to select delegates.

State legislatures may reclaim that authority at any time.

This is one reason why they are holding these hearings on election fraud in Michigan, Arizona, and Georgia. After hearing from their own citizens about what they witnessed on Election Night, state legislatures have an avenue to send delegates to certify the election for Trump.

“The emphasis on the State legislatures is incredibly important because they are the entity that is vested with constitutional authority to ensure that the delegates who actually go to the Electoral College,” Jenna Ellis said.

“That is the way we elect to choose our American president, and they do that by a means that is not corrupted and they make sure the direct representatives for their state and for their people that they do that method – that according to the Constitution – and don’t just certify a corrupt election result,” Ellis added.

There is no doubt we are through the looking glass at this point in America. Never has an election in modern times been so fraught with allegations of fraud.

Current tallies show that, outside of a few cities, the Rust Belt swung in Trump’s direction. Yet, Biden leads in Michigan, Pennsylvania, and Wisconsin because of an apparent avalanche of black votes in Detroit, Philadelphia, and Milwaukee.

Biden’s ‘winning’ margin was derived almost entirely from such voters in these cities, as coincidentally his black vote spiked only in exactly the locations necessary to secure victory.

Biden did not receive comparable levels of support among comparable demographic groups in comparable states, which is highly unusual for the presidential victor.

We are to believe Joe Biden underperformed everywhere in the country except in certain key cities? This is why there are so many Americans who believe the election was stolen. Drastic times call for drastic measures, which is what Mo Brooks and Jenna Ellis are proposing.