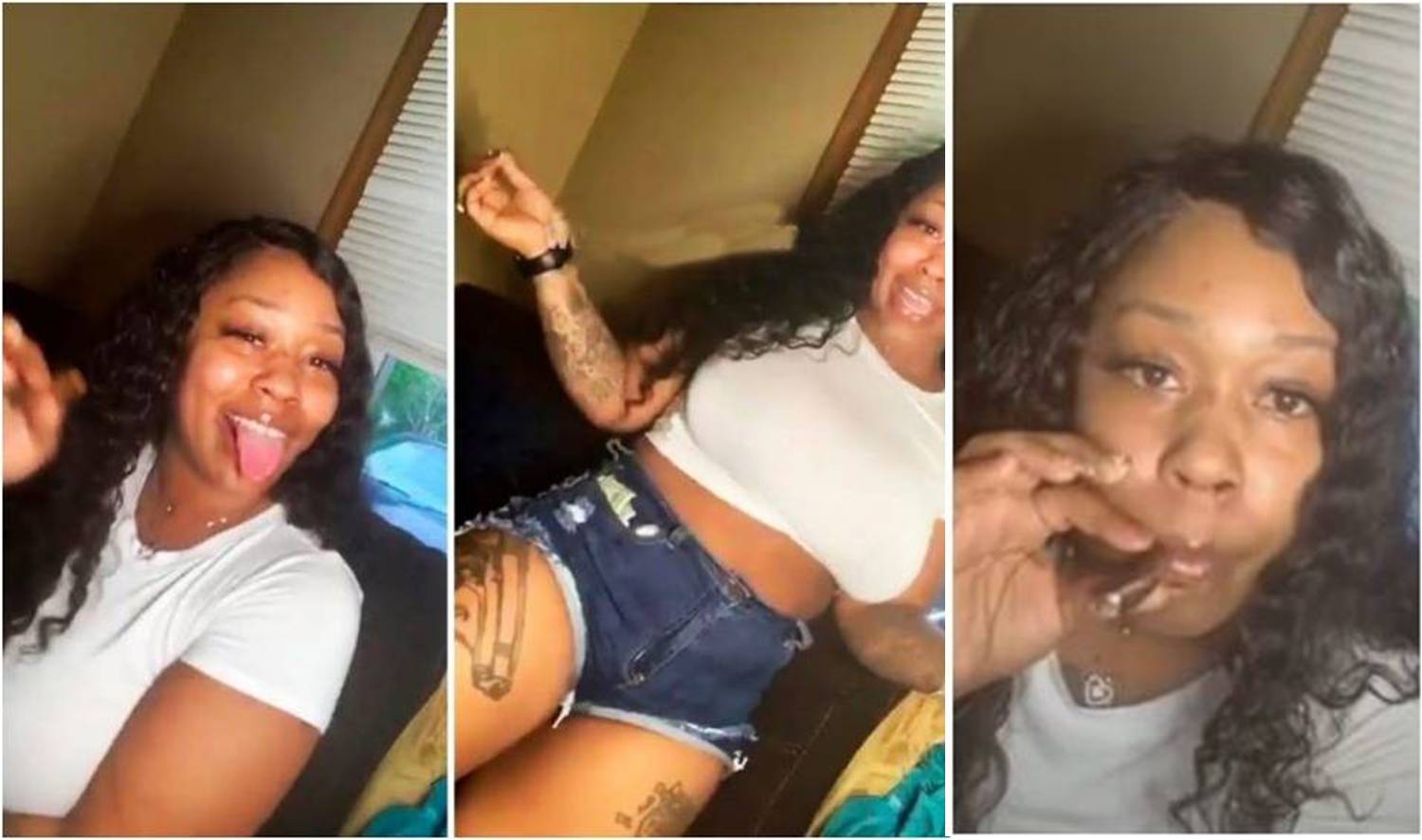 When a mother was apparently deemed unfit, her 7 children were removed from her home. After her kids were taken by Child Protective Services, she decided to go live on social media and share her feelings about the ordeal. Instead of being upset, however, she was celebrating.

Although the details are scarce, a video has made its rounds on multiple social media platforms, thanks to its troubling content. In the footage, a presumably unfit mother, who’s only been identified as “Honey Rose,” explains that Child Protective Services (CPS) removed her 7 children from her home. Rather than being upset, though, she was celebrating the occasion, glad that she will have more time to party.

With her live video streaming, the unfit mother wastes no time happily exclaiming, “They came and got them b*tches!” referring to CPS removing her children from her home. “They gone, them b*tches gone,” she continues. “All 7 of them!” she adds happily as she smokes and drinks. “It’s a party, it’s a party, it’s a party,” she sings as she gyrates on the couch. Unfortunately, it only gets worse from there.

“They took my kids!” the unfit mother exclaims, feigning tears, but it’s tears of joy that she’s “crying.” Proving she isn’t the least bit upset, she adds, “Them kids were bad as f*ck anyway. F*ck them kids!” Removing all doubt that she’s even the least bit distraught, she says that “it’s the happiest day” of her life.

Honey Rose goes on to allege that she purposely had her children removed. “I knew what I was doing the whole time,” the unfit mother explains. “I m*therf*cking went live and embarrassed myself on purpose so y’all could call them people, so they could come get these ugly a** m*therf*cking kids, and guess what? It worked. It didn’t even take them a whole 3 weeks to come get them m*therf*ckers!” she went on.

“They came and got ’em, they gone, and I’m happy, n*gg*r. I’m drinking. I’m smoking! Them kids gone!” Sadly, not all of her viewers were disgusted. “Girl, how do I get them to come get mine?” Honey Rose says, reading a comment from a likeminded viewer. “Inbox me,” the unfit mother responds. “I’ll tell you how to get rid of them m*therf*ckers quick, fast.”

Disturbingly, it wasn’t just one viewer who chimed in to say they want their children to be taken as Honey Rose reads off names and asks, “How many you got?” and again says, “Inbox me,” to those requesting more information on how they can get their own kids taken away. As some seemingly ask whether she’s serious, Honey Rose reassures them that she definitely is. “I don’t want them kids!” she exclaims.

After giving a shout-out to a sex toy shop, she lets everyone know where her priorities are. “I get to use my m*therf*cking toys without them kids trying to bust down my door!” she continues as she drinks and smokes some more. After a few more minutes of celebration with the repeated, “F*ck them kids,” the unfit mother adds, “I’m living life ’cause them kids gone!”

Of course, there are those who questioned the legitimacy of the video with some, claiming to know Honey Rose, saying it couldn’t have been “true” because she only has one child. Tommy Sotomayer, a radio and internet talk show host, YouTube personality, and political commentator, caught up with her and gave her a chance to explain. After more than four hours and at least 3 different videos on Sotomayer’s show, however, Honey Rose’s “real story” is about as clear as mud.

Regardless of what Honey Rose tried to say in her defense after the fact, the video above tells most of us all we need to know about this mother. Having your children removed because you’re deemed unfit isn’t a reason to celebrate, not even jokingly. It is, however, a reason for the rest of us to celebrate. This woman has no business having kids in her care, and we hope CPS continues to see things that way.