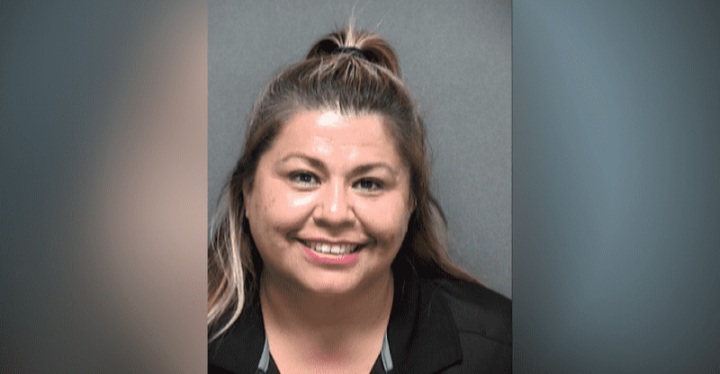 Three young girls were left all alone to fend for themselves after their mother abandoned them in a house with rotting food and filth everywhere.

The 45-year-old mother reportedly left their home in Texas. She also took with her the only cell phone that the family had, and this left her daughters with no way of getting in touch with her.

The water supply for the residence had been turned off, because the bill was not paid.

Additionally, the temperature in the house was so hot that the girls slept together in the only room that had a working ceiling fan.

Stuck in the house with no food and water, the girls had no choice but to approach their neighbor for help. Thankfully, the neighbor allowed the girls to eat and take a shower in her house.

Days passed with Lorraine not returning to see her daughters, who are of the ages 11, 13, and 15.

Finally, on June 14, the neighbor called the police and informed them about the children left for days with no adult supervision. When the police arrived, they realized that the girls had absolutely no idea where their mother went.

The police also found that all the girls were adopted by Lorraine and were living in unsuitable conditions. As officers looked around, they found the place infested with bugs and roaches. There were insects all over the floor, along with trash and soiled clothes littered across the house. There were even animal feces on the carpet.

Neither was the water running nor was the air conditioning unit working. The temperature outside the house was 98 degrees; however, the girls were subjected to worse because it felt hotter inside.

The only food available was the stale items that were not safe to consume. The house had a “strong odor of spoiled or rotten food or trash,” according to the police report.

Almost two weeks after Lorraine abandoned her three adopted daughters, she was taken into custody on June 18. The Bexar County jail records showed that she was charged with two counts of abandoning or endangering a child.

Once the incident came to light, the Texas Department of Family and Adult Protective Services was informed, and the three young girls were moved to a safer place. Soon after Lorraine was arrested, she was released from custody on a bond of $3,000.