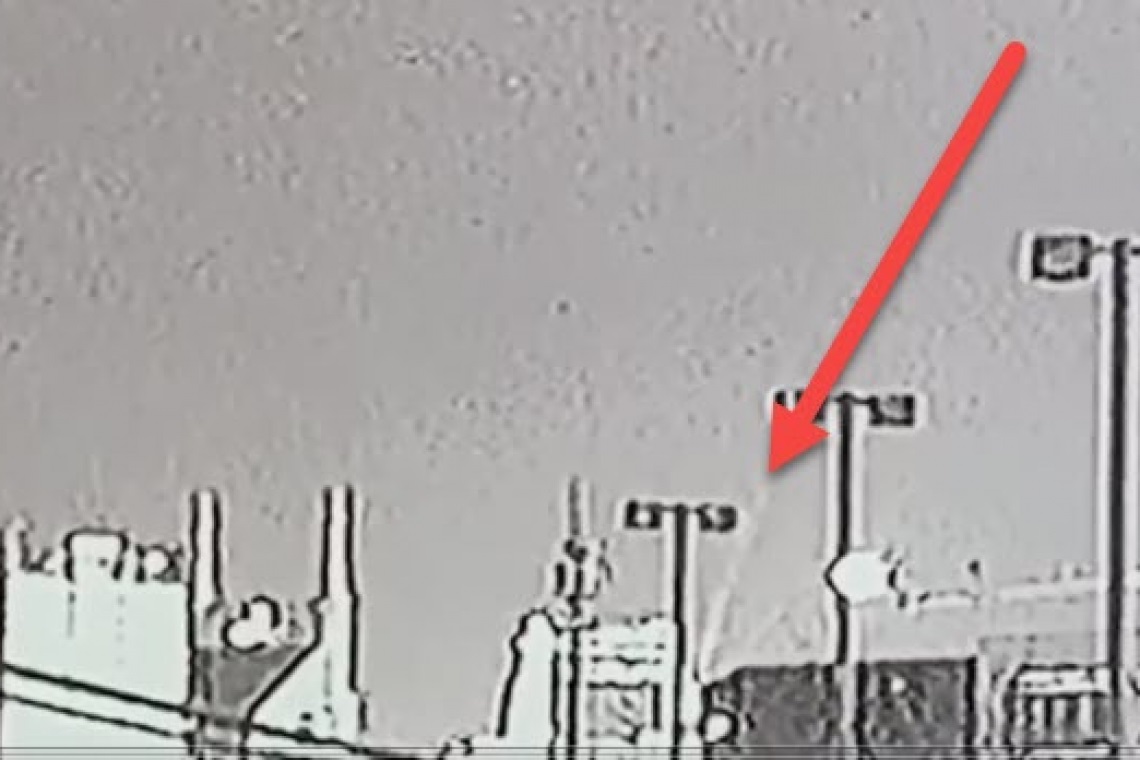 Security camera video from Nashville, TN shows what appears to be a Directed Energy Weapon coming down out of the sky and burning the AT&T Data Center location just seconds BEFORE a massive explosion erupted.  We have the video!

Before we go farther, you need to understand that the AT&T data center in Nashville, TN, which is where this explosion took place, is an absolutely CRITICAL piece of United States communications infrastructure.   It is a primary hub for VoIP traffic (Voice Over Internet Protocol) and is a primary data collection center used by the United States National Security Agency (NSA) to intercept telephone calls and keep stored copies of those phone calls.

The map below shows how few such centers exist, and the critical location of the Nashville Center relative to the rest of the system:

The video below aired on local television in Nashville and the news reporter whose voice can be heard, describes what he is seeing as “something coming up off the ground into the sky . . .” as giant flames from an explosion rise up into the air. Here, pay VERY close attention to the first five seconds:

But a closer look at what the reporter describes as “goes up into the sky” reveals that what is seen is a directed energy weapon fired FROM the sky, and whose beam is obstructed by the low level cloud cover as the beam moves with the satellite.

What makes it clear this is an energy beam is that it TRAVELS to the right IN COMPLETE UNIFORMITY at significantly high speed . . . thus proving it is NOT something “coming up from the ground” but rather a beam moving at high speed because a space satellite in orbit, WHICH FIRED THE BEAM,  is moving at such a high speed relative to the ground!

Very shortly after the beam is visible, gigantic flames from a ground explosion rise up from the ground below.

If this was something shooting up from the ground, them it would have a smoke/debris trail which would LINGER, being gently pushed by winds.  But that’s NOT what we see.  We see the “smoke trail” moving at high speed, and very uniformly toward the right . . . which is NOT a characteristic of a smoke/debris trail.

There is NO BLAST CRATER on the ground where the Recreational Vehicle (RV) allegedly exploded.

In countless images from countless other truck bombings, a large blast crater is always clearly visible in the aftermath.  Not in Nashville!   NO BLAST CRATER exists on the public street where this RV exploded.

In the images below show images of the debris in the top photo, and how the street looked BEFORE the explosion, in the bottom photo.

In the top photo, the steel elevator piston is contained within the red outlined area and the street elevator shaft it came out of is shown in the green outlined area.  Here, look:

The condo complex where I reside has this exact type of elevator piston.

The piston was installed before the condo complex roof was put on.   It is a long piston that allows an elevator in our building to service the ground level and the three residential levels above it (about 40 feet long.   The piston has to be installed from the roof because it is NOT a telescoping piston; it is one, long, piece of steel, lowered into place by crane during construction.

At the bottom end of the piston is a flexible connection segment, as is clearly visible in the photo from Nashville.

Video showing a blast on the street are actually showing the blast which began inside the AT&T data center, finally breaking through the foundation of the building and erupting onto the street, enveloping the RV.

The investigation by law enforcement is ongoing.  But there are serious questions arising about this incident, and there is already empirical physical evidence proving something much bigger took place in this situation than we’re being told.

It seems clear the AT&T data center was the target of this attack.  It seems whoever attacked the data center WANTED to disrupt communications in the US.  They also WANTED to do something to the NSA telephone recording and data collection abilities.

But police report that the RV had a loudspeaker and a recorded message telling people to evacuate.  I know of no bomber who ever did that.

One possibility is maybe a “deep state” perpetrator needed to do this, but was warned not to cause innocent casualties????? Who ELSE has access to directed energy weapons and would also NEED to destroy evidence in a data collection facility?

Another possibility is that a foreign nation attacked us.  Again.  With the same weaponry repeatedly seen used to start wildfires in California, Oregon and Washington State.

I’m going to reveal something now that will make a lot of people angry.   Inside Nashville AT&T Data Center, Room 641A is the specific data collection point operated by AT&T for the National Security Agency (NSA). It is part of the Warrantless interception perpetrated by government under the PATRIOT ACT.

What part of the United States does this particular room cover? Georgia.

By damaging this data center, it will make it almost impossible to monitor the upcoming Runoff Election for US Senate within the State of Georgia scheduled for January 5.

Whoever did this may have wanted to prevent anyone from repeating the capture of phony voting tabulation which was caught during the November 3 Presidential election.  As most rational people already realize,  that November 3 election was stolen by Democrats to illegitimately claim the Presidency for Joe Biden.  Now they seem to want to steal the US Senate too.

So either the “Deep State” is trying to hide their upcoming theft of the Georgia US Senate runoff election, or perhaps they’re on the run, trying to destroy evidence?  The other possibility is that a foreign power is attacking US infrastructure to hamper communications before they . . . . what . . . . attack?

Either way, this Nashville incident has trouble written all over it, either from a Deep State, false flag or from a foreign power trying to weaken the nation and hamper communications.