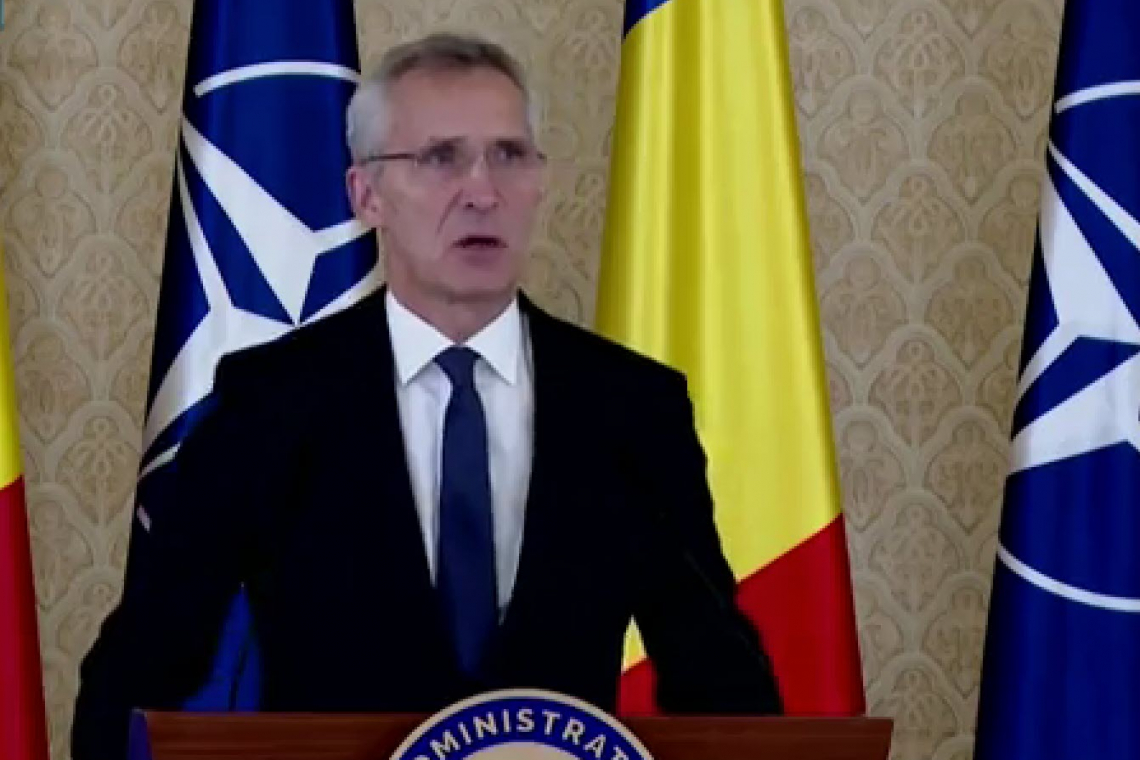 NATO Secretary-General Jens Stoltenberg Confirmed NATO’s commitment to Ukraine on Tuesday, saying that the nation will one day become a member NATO.

Stoltenberg’s remarks came as Secretary of State Antony Blinken and his NATO counterparts gathered in Romania to drum up urgently needed support for Ukraine aimed at ensuring that Moscow fails to defeat Ukraine as it bombards energy infrastructure.

Individual allies are also likely to announce fresh supplies of military equipment for Ukraine — chiefly the air defense systems that Kyiv so desperately seeks to protect its skies — but NATO, as an organization, will not, to avoid being dragged into a wider war with nuclear-armed Russia.

The ministers will hold a working dinner with their Ukrainian counterpart, Dmytro Kuleba, on Tuesday evening.

As Stoltenberg made his remarks, Russian Air Forces were reloading large numbers of bombs on TU-95 and TU-160 Aircraft at ENGELS Sir Base in Russia, for attack runs into Ukraine, as seen in the cropped sat-photo below:

With regard to Stoltenberg saying NATO may transfer PATRIOT Air Defense missiles to Ukraine, Dmitry Medvedev, Deputy Chairman of the Russian Federation Council (Senate) said “If, as Stoltenberg hinted, NATO supplies “Patriot” complexes to Kiev fanatics along with NATO personnel, they will immediately become a legitimate target of our armed forces. I hope Atlantic impotents understand this.”

Intelligence sources now report they expect another massive barrage of missiles to be fired by Russia, against Ukraine, within the next 24 hours.