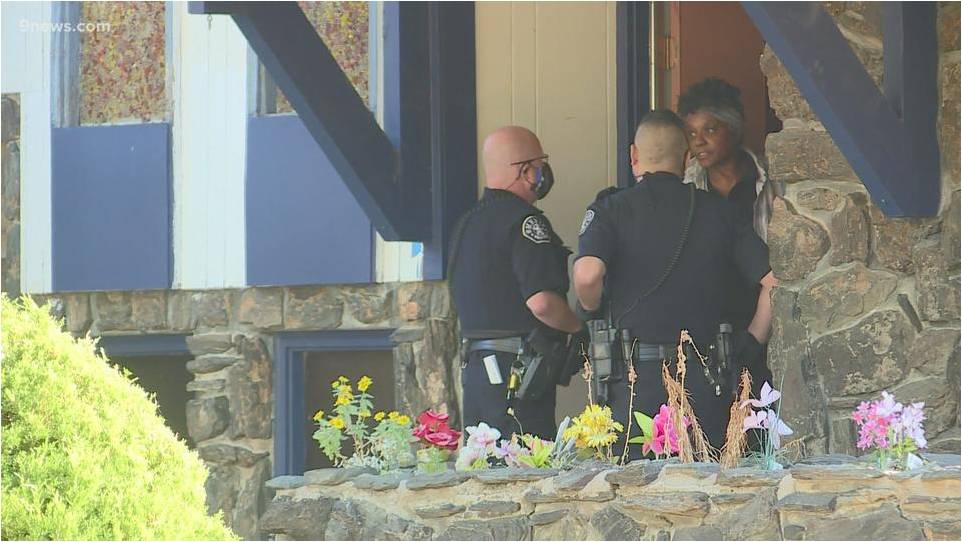 Josue Ortega spent nearly two years trying to evict a woman who managed to stay in the home while he paid the mortgage.

A woman was able to move into a Denver home she didn’t own and take possession of it, kicking out the real homeowner and leaving him to pay the mortgage and other bills for 19 months.

It started on a cold March day in 2019. While Josue Ortega was cleaning his new home, a stranger unexpectedly showed up with a police officer and a copy of a deed claiming she was the rightful owner of the house.

“I didn’t have any idea who she was,” Ortega said. “I just bought my house but I didn’t have my papers with me because I was cleaning.”

Police records obtained by 9Wants to Know show Gloria Cannady showed up to the property 12 days after closing with a Denver Police officer and “provided a hard copy deed to the house with proof of ownership”. A follow-up police report indicates the officer sided with Cannady and Ortega was “asked to leave as he had no paperwork.”

The incident kicked off an intense and expensive legal battle over the house that lasted for 19 months.

“We went with the police two or three times and they always said the same thing: ‘We can not do anything,’” Ortega said of the ordeal. “Why did they kick me out? I don’t know.”

Online property records show Ortega successfully closed on the property in the 600 block of Fulton on March 15 for $410,000.

Kristina Bergsten, an attorney and friend of Ortega’s, took a look at the case.

She characterized it as “a tangled web of nonsense” and “complete confusion of utter chaos.”

“Honestly for me the initial failure comes from the initial contact on March 27, [2019] from the Denver Police officer. Ms. Cannady didn’t have any court order, as far as we know.

The messy fight in courts

Ortega, who struggled with English, tried to legally evict Cannady on his own through local Denver County Court in the spring of 2019, however his effort to convince the court Cannady was not a squatter failed.

Cannady then filed for Chapter 13 bankruptcy in June 2019 and claimed the home as her property. The judge in the case ordered that Ortega could not evict Cannady until he could prove he owned the home.

Eventually, Ortega had to obtain a bankruptcy attorney who tried to demonstrate to the judge with a chain of title the property was legally and rightfully his.

Cannady “has engaged in continued obstructionist behavior to intentionally deprive Perez-Ortega of his right to possess the Property,” Ortega’s attorney wrote in one court motion.

“Her claim to the property is undeniably without any legal or factual basis or foundation at law or equity, and should be the subject of sanctions and an attorney fee award to the Perez-Ortega,” his attorney wrote in another motion.

Cannady filed more dueling motions and objections and even asked for sanctions against Ortega, causing more delays in the bankruptcy case, which dragged on well into 2020.

Contributing to the court’s confusion? Historic property records indicate Cannady did own the home in the early 2000s with her then-husband, but a divorce occurred in 2012 and a foreclosure was recorded in public records in 2014.

Add in the pandemic, the shutdown of courts and the moratorium of evictions, Cannady was able extend her time in the home while Ortega struggled to legally evict her as the bankruptcy case dragged on.

“I am really angry. I was just trying to buy a house and that’s what I did:  learning how to make credit and save money and buy a house,” Ortega said.

Ortega gets attacked and sent to hospital

Amonth after Cannady filed bankruptcy, Ortega attempted to change the locks at the property but was attacked by two young men at the home, he said.

Ortega was sent to the hospital with a skull fracture and dislocated shoulder and spent days in the ICU.

“They opened my brain and they had to take all the blood out because I was bleeding a lot,” Ortega said. “I don’t remember for four days.”

“He almost died,” Bergsten said. “That’s not a joke. That’s not an exaggeration. He sustained some very serious injuries all over, to me, what seems to be crazy ramblings without anything to back it up.”

“It’s not our place to give legal advice. It’s not a criminal matter, it wouldn’t be a police matter,” Denver Police Commander Rick Kyle said during an interview with 9NEWS in 2019.

Cannady’s response and finally an eviction

Throughout this case, Cannady declined to provide comment to 9NEWS, and issued two “cease and desist” letters to the author of this article.

On Sept. 28, 2020, Ortega secured an eviction order, but as movers began to take Cannady’s furniture out of the home, the eviction was suddenly halted.

A deputy on scene said the Denver City Attorney’s Office called and decided to take a closer look at the eviction case.

“Every time we do something, we fix something, she creates more things to fix. And we never finish.  She knows where to put papers,” Ortega said that day.

Finally after 19 months of litigation, Ortega got another eviction order and successfully kicked Cannady out of his home on Oct. 23, 2020.

During this time, Ortega said he has spent more than $100,000 on renting an apartment, paying the mortgage on the home and legal fees.

Ortega said he has another attorney and plans to sue to get his losses back.

A woman claiming to be the daughter of Cannady said they filed a police report against him, accusing Ortega of fabricating his deed to the home.

As of this publication, Cannady has filed an appeal in state district court over the eviction and has also filed another case against Ortega in civil court, claiming he’s not the owner of the property. Both cases are pending.

Ortega shared with us a list of expenses he’s tallied over the last 19 months: