No Hate Crime For Transgender Who Beat Christian For Reading Bible 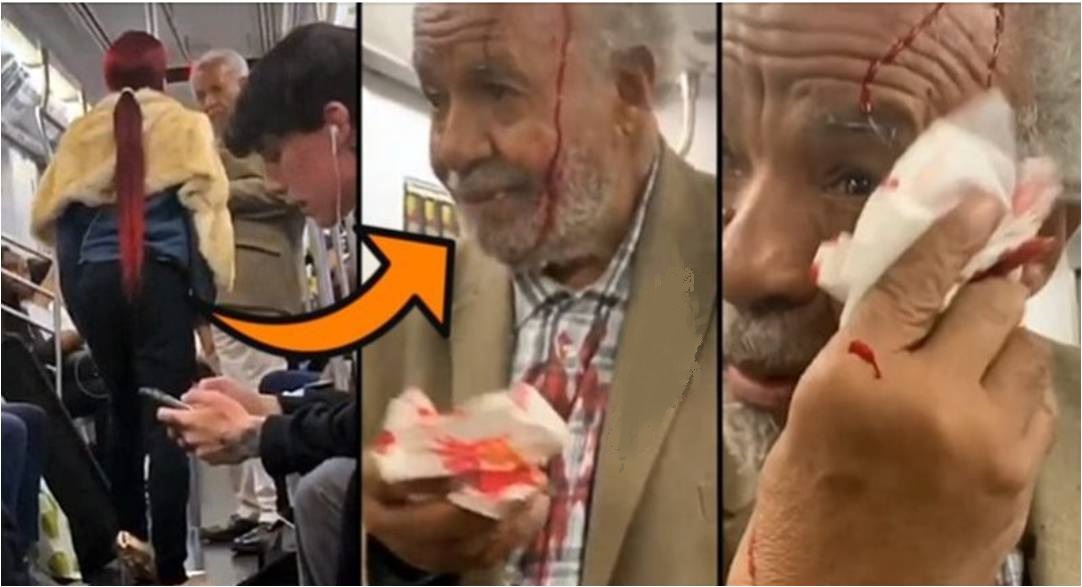 While an elderly Christian man was reading from his Bible on a subway, an allegedly transgender woman approached and began beating him with her stiletto heel, impaling him with the spike. However, despite the seemingly anti-Christian​ attack being captured on video, the police aren’t even considering hate crime charges.

Subway passengers on a southbound 2-train witnessed a shocking encounter as their carriage was nearing Times Square. A violent attack seemed to erupt out of nowhere after an allegedly transgender woman aggressively confronted an elderly passenger.

According to witnesses, the 79-year-old black man, who has not been identified, was reading from his Bible and singing Gospel hymns when his attacker abruptly stood and headed toward the elderly victim. The unidentified assailant then took off a high-heel shoe and launched into a vulgar tirade, shouting “f— your God” before getting physical, the New York Post reports.

“You want me to bust your head in this morning, huh, ­b–ch?” the aggressive passenger said as stunned straphangers looked on. “F–k your mother, f–k your God and f–k everything else. Get the f–k out of my f–king face or I’ll bust your head in!”

Police confirmed to CBS2 that the allegedly transgender woman attacked the man in an unprovoked altercation, using a spiked stiletto heel to impale the elderly passenger multiple times. The helpless victim was left with blood streaming down his face and shirt.

“This old man right here was just singing some Gospel songs and sharing the Word of God to people on the train,” wrote an Instagram poster, who captured the attack. “He didn’t say anything to hurt anyone, he wasn’t even loud, you could barely hear him talk but this is what he got in return from a transgendered lady.”

According to the witness, the attacker hit him in the head with the heel and threw the elderly man’s Bible while hurling obscenities. Disturbingly, not one of the younger and more able-bodied passengers came to the elderly man’s aid. Instead, most looked on apathetically or stared at their smartphones. Bystanders only moved from their seats after the attacker fled the subway.

Videos taken from multiple angles show fellow passengers tending to the elderly man, who repetitively wipes the blood from his head wound and face. Pauliris Gonzalez, 24, was on her way to work with her fiance when she saw the bizarre attack.

Police responded to a 911 call concerning the incident. So far, they are calling the attack an “assault” and have no foreseeable intention of labeling it a hate crime, despite its evident anti-Christian nature.

The injured man was later taken to New York University hospital for non-life-threatening injuries. He reportedly received 30 stitches for the gashes in his head from the attacker’s stiletto heel.

Police have not yet identified the attacker but describe the assailant as “female, black, with a dark complexion, about 6’1″ with brown eyes and long, red hair.” In the video, the attacker wears a beige jacket, dark blue jeans, metallic heels, and hip-length magenta hair.

Most disturbingly, some viewers are attempting to justify the attacker’s use of violence against the defenseless elderly man, arguing that the transgender woman must’ve felt “provoked” by his words. However, the vilification of speech that offends an individual is a poor excuse to validate physical violence toward the speaker.