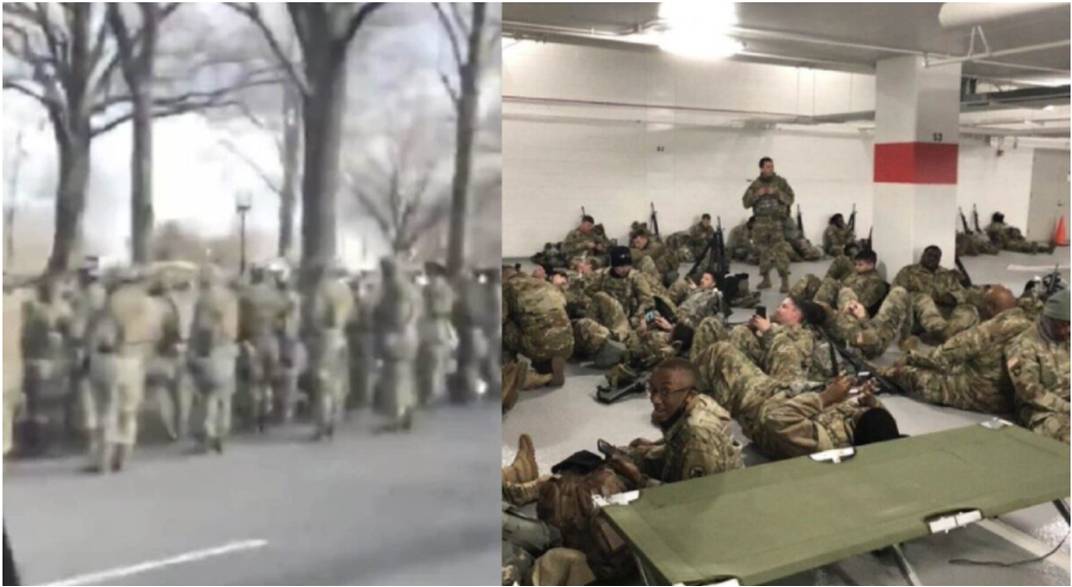 What do you think? Does this theory about the troops and the garage sound plausible to you?

Joe Biden hasn’t been in ‘office’ for more than three days and he’s already managed to treat thee troops like garbage and infuriate millions of Americans.

It turns out after Biden was done using the troops for his North Korea-style ‘inauguration,’ they were ordered out of the Capitol where they were sleeping and moved to a parking garage.

Biden and Pelosi called up the troops for selfies, then discarded them like stage props pic.twitter.com/jEVvETBmFT

And now, OANN reporter Jack Posobiec floated an interesting theory as to why this may have happened.

Here’s what Jack said: “Did Biden send the troops into a parking garage because they turned their backs on his motorcade?”

Did Biden send the troops into a parking garage because they turned their backs on his motorcade?

Jack is referring to this video. I am not sure what the troops were doing here. Did they turn their backs on Joe’s motorcade in protest, or were they told to look away for some strange reason?

You be the judge:

Many of them turned their backs on the motorcade. https://t.co/LOVEs1F6WZ

There’s no denying that this is the most divisive time in this country. A huge chunk of Americans truly believes that their voice and their vote was stolen.

We also know that the majority of the military supports President Trump.

A President who loved our troops. pic.twitter.com/YmXJX2CO1m

So, it’s definitely an interesting theory that Jack floated. What do you think?