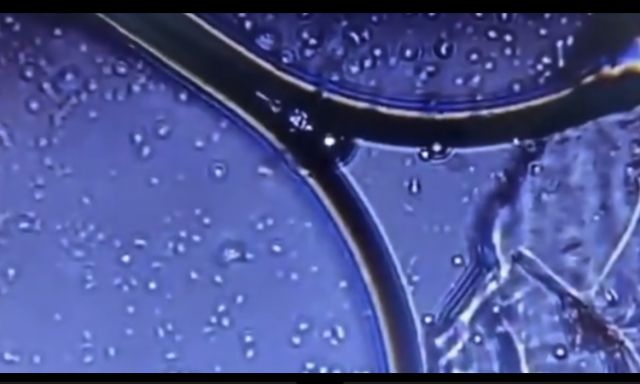 Synopsis: Video talks about Pfitzer vaccine magnified. They see cells or something moving around inside vaxx. Lots of them. Mention morgellans. <—however you spell it?

vaxxines like Medications can be spread to the water supply?

I seem to recall watching or reading on this site about how Bill Gates talked about reaching a certain threshold or Percentage of people needing to be Vaxxed before it’s to late.

Meaning it would be shed or pissed into the water supply to a point where EVERYONE would then be vaxxed no matter if they took the vaxxines or not.

(We all know about how Water supplies have been tested before and found to have Every medication known to man in them.)

(Then I started thinking about Mosquitoes. Came in a dream. Malaria spreads through mosquitoes rapidly in warmer climates.)

This is just a hypothesis of mine and I really, really, want to be wrong about it. But if true then we may have already reached this point. As women who have not had their periods due to menopause for years are all of a sudden getting their periods again….Only Super bad periods with tonnes of bleeding.

Even my own wife said her last period was the worst one she has ever had with lots of blood. Not usual for her at all. She also has not been Vaxxed and neither ave I. People around us have been though and that number is only growing by the day.