One Man’s COVID Vaccine Tattoo is So Bad, it Rocks the Entire Internet… 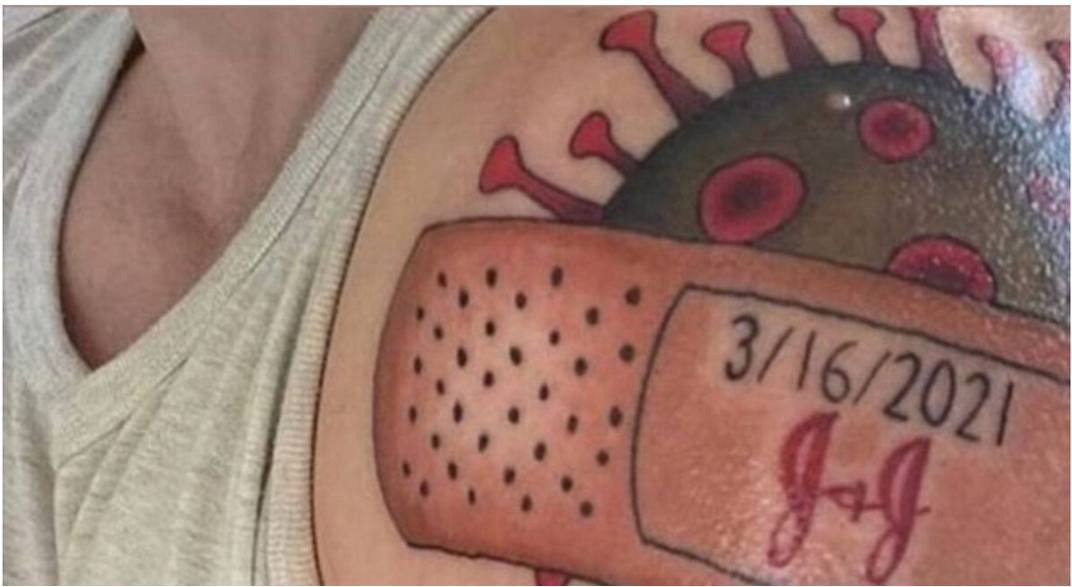 This is wrong in so many ways…

People have really taken this vaccine to new and ridiculous heights.

There are many who are chastising those who don’t wish to get the vaccine and there’s plenty who feel holier than thou because they got a non-FDA approved chemical pumped through their bodies.

Now, most of the time when people get the COVID vaccine they like to tout it with a sticker or even an obnoxious post on social media, but one person took it to a new level and actually got a tattoo to commemorate his vaccine.

And not just any tattoo, but a big ghastly one that looks like it was drawn by a four-year-old.

Of course, the responses online to this atrocity were pretty priceless.

“Narrator: He later died from a staff infection from the unsterilized tattoo needle.”

“If I were going to get a squiggly line tattoo, I’d at least get something cool like a skull smoking a cigar.”

“I don’t believe these types of ppl are real…I just can’t….it can’t be…but they are, aren’t they”

“This isn’t a tattoo, it’s what popped up on him after getting the vaccine.”

“First time I ever thought Tattoos need to be outlawed or regulated ..”

“Isn’t the vaccine only good for 6 months anyways ?”

Especially considering he got the Johnson & Johnson vaccine, which has got to be the most controversial one out there.