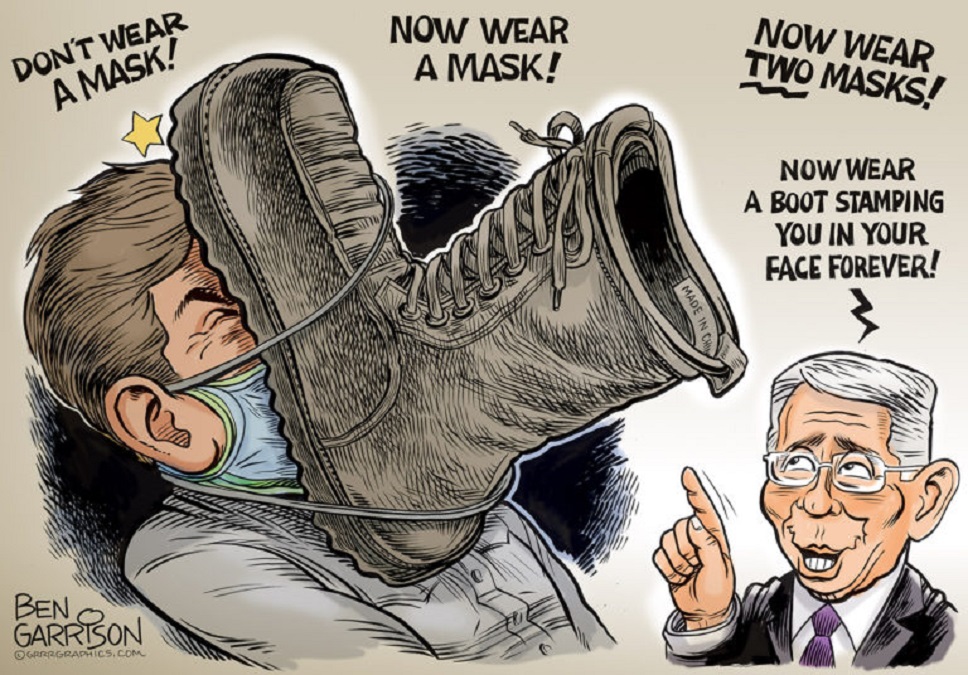 “Quite alarming is the emerging unholy alliance of various monopolies in Big Government, Big Business & the media, seeking to impose all-embracing cradle-to-grave control over American citizens.  They seemingly lack any interest in our welfare; our quality of life; or as they continue to demonstrate with their ongoing response to COVID-19, whether we live, suffer, or die.”

Even those unfamiliar with the Masonic Jewish (Communist NWO) conspiracy can recognize that our freedom and way of life are in jeopardy.

Today’s Democratic Party, aligned with certain associated power elites, is actively fighting a second American Revolution dedicated to overturning our original one, with the objective of imposing a Marxism-style political order upon our country.
Actively employing a totalitarian political model and methods similar to those utilized by the Chinese Communist Party, a cadre of elites in this country… are working together … to … overthrowing our democratic form of government.

Overall, the key objectives of the current Democratic Party and the Biden administration, with the assistance of these elitist groups, is to undermine the foundations of our country as founded.

They are actively working to replace our political system … that will eventually include dictating our personal thoughts and daily activities.  These groups work vigorously on an ongoing basis and in a coordinated fashion, attacking and devaluing our history, our democratic practices, and our traditions to place us behind a new American version of an Iron Curtain.

Objective political truth is becoming a rare commodity as the members of this increasingly powerful and disconnected elite… attempt to increase their power by deception and distortion as well as by routinely circumventing the rule of law.

Our political process has evolved to a point where the concerns and well-being of individual people no longer count or are literally a distraction.  Gaining more power, privileges, and riches has become the Establishment’s overriding objective…

Revolutions occur at many different types of inflection points in the histories of various countries.  Intolerable oppression experienced by a nation’s people, failed leadership, the extreme lack of economic opportunity available for the masses, and extremely unpopular wars are important causes from the past.  It can be emphatically stated that none of these conditions existed in the United States as we began 2020…

An American government seemingly in partnership with the Chinese Communist Party (CCP) was born, inflicting without any compunction the destruction of the lives, health, welfare, and livelihoods of a great number of fellow Americans.  The Democrats and their allies waged an operation turning the COVID health crisis on its head by deliberately acting to make conditions worse in order to gain political advantage.  The direct result was to cause numerous unnecessary deaths and much suffering…

As the illegitimate winner of the 2020 election, Joe Biden was inaugurated on January 20.  In January, a totalitarian-style regime with many of its political appointees with past or ongoing connections to the Chinese Communist Party (CCP), complete with a figurehead — Joe Biden — was installed in office.

He is also compromised with his history of family associations with the CCP.  The new regime moved quickly ahead at an accelerated pace, utilizing multiple executive orders and sending a series of radical proposals for approval by a Democrat-controlled Congress.  Their objectives are to subvert the American way of life, impose upon America a Marxist agenda, and move our country rapidly from COVID to communism.

The demand for increased obedience to the new emerging Marxist-style political order is on the horizon as this movement presses ahead focused on implementing their extreme left-wing agenda while these elites grow increasingly unaccountable for their evil actions.  We are witnessing a rapid metamorphosis away from what was traditionally a civil society based on our Constitution and the rule of law and primacy of the individual in American life to something quite different.  The government is indeed metastasizing right before our eyes.

26 thought on “Our Government is Evolving into Something Horrifying”

Sep 16, 2021 Morgan
Thanks for subscribing! Please check your email for our latest news.