OUTRAGEOUS: Mainstream doctors are REFUSING to see or treat vaccine-damaged patients because they don’t want to get involved in “controversial” diagnoses 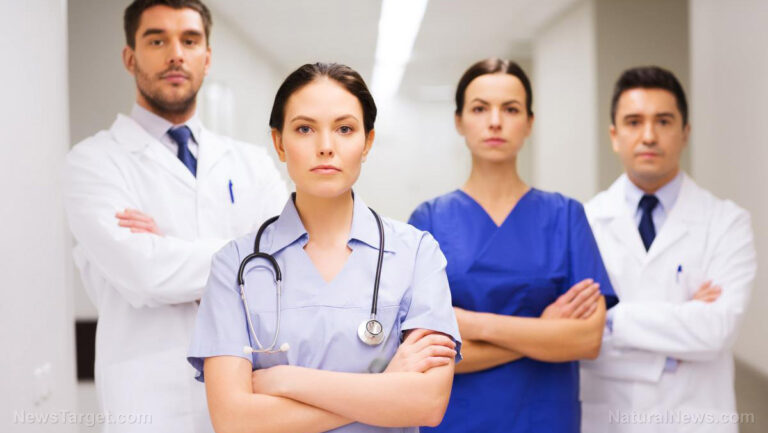 Many more people than is being reported are suffering serious adverse events from Wuhan coronavirus (Covid-19) “vaccines,” and some of them, including a trio of healthcare workers, are bravely coming forward to tell their stories and warn others.

In a recent episode of The Highwire with Del Bigtree, Shawn Skelton, CNA, Angelia Desselle, and Kristi Simmonds, RN, NP, revealed how they now suffer from tremors, seizures, headaches and other strange health abnormalities ever since getting injected for the Chinese Virus. And because these injuries were all caused by vaccines, their doctors are now refusing to help them because doing so would be too “controversial.”

You see, the Centers for Disease Control and Prevention (CDC), Anthony Fauci and even Donald Trump all say that Wuhan Flu shots are safe and effective, even though tens of thousands are dying or becoming permanently injured from them. Because of this, physicians are too afraid, in many cases, to help their vaccine-injured patients for fear of getting “canceled” by the medical establishment.

In some cases, doctors are even going so far as to blame the vaccine injured as if they caused themselves to become sick. They are calling this a “conversion disorder diagnosis” because they do not know what else to call it without being dubbed a “conspiracy theorist.”

“On January 4, I was very pressured by my employer to get the vaccine,” Skelton revealed, explaining that she complied, only to immediately suffer adverse effects. “On January 5, I just had mild flu-like symptoms … but by the end of the day, my legs hurt so badly, my body hurt so badly, I couldn’t stand it. The next day I woke up, my tongue was spazzing and it just went on from there, the next day becoming full body convulsions and stayed like that for 13 days.”

Skelton’s video plea for help went viral and was one of the first to do so before other nurses and injured patients started to come forward with similar stories – watch below:

Just as we warned would happen, people injured by covid vaccines are now on their own

Desselle and Simmonds both had similar experiences of not only the full-body convulsions and tremors but also being refused treatment by their doctors.

“One doctor told me that it’s a diagnosis of ‘I don’t know what’s wrong with you so we’re going to blame you,’” Skelton explained about her experience.

“The doctors just don’t know how to treat a vaccine adverse reaction from the mRNA, and I feel like they’re too scared. I don’t have any other explanation as to why no doctor will help us.”

Desselle says she actually had a neurologist she had never even met deny her referral through email, claiming that his office was “very complex” and simply could not help her at that time.

“He was a movement disorder specialist, which I felt like I needed,” she says. “My primary care doctor said it looked like I had advanced Parkinson’s. And he emailed us back and said, ‘my office is very complex and I will not be able to see you at this time.’”

Desselle repeatedly tried to find someone who would help her but has been unsuccessful. Nobody wants to touch the Wuhan coronavirus (Covid-19) vaccination genocide with a 10-foot pole.

“I actually went to a neurologist and did not even mention the vaccine because I did not want them to turn me away, and it’s in my medical record because everything is electronic now,” Desselle lamented.

“And once he started looking, he came back in and said, ‘so, you took the vaccine?’ And I said, ‘yes sir, I did, but I did not want to give you that information because I need help.’ And I felt like maybe if that word was not involved, I could have gotten the help I needed, and now I’m actually being treated for migraines.”

To hear their full stories, be sure to watch the video.