Pennsylvania poll watcher: ‘We literally had no input and no ability to watch anything’ 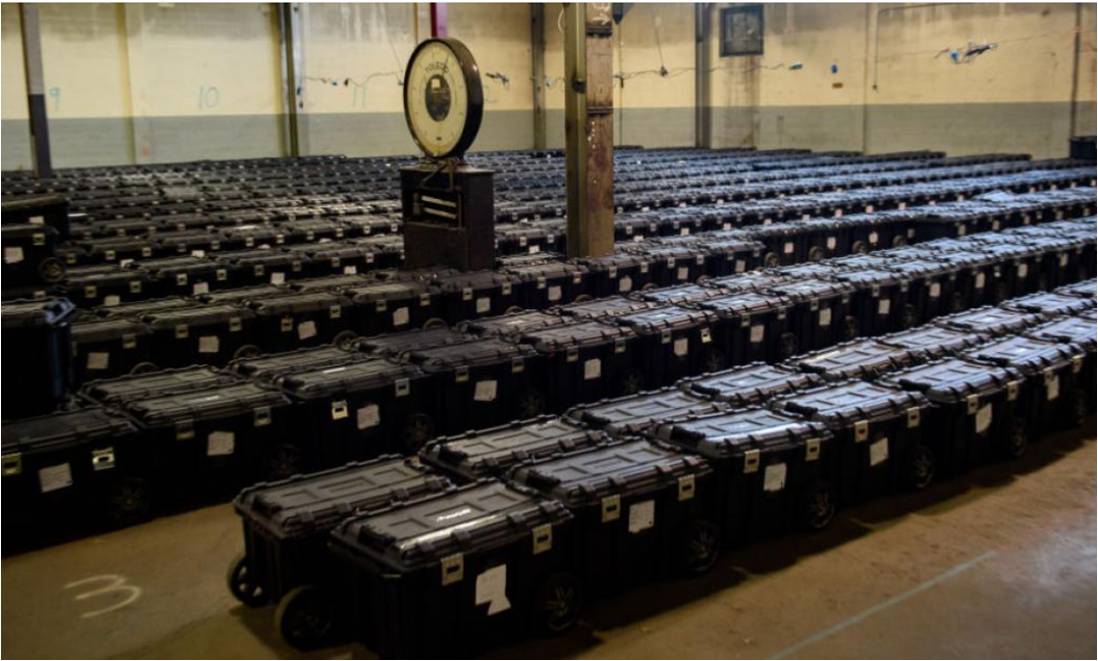 “You’re in the room, but there is no meaningful observation.”

Pennsylvania poll watcher says the ability of overseers to supervise ballot-counting in Pittsburgh on Election Day was hamstrung by a setup in which observers were set too far away from ballots to make any meaningful observation of the process.

David Shestokas, a Chicago-based lawyer who joined several dozen other lawyers and Allegheny County residents to poll-watch in Pittsburgh on Tuesday, told Just the News that ballot monitors “had no input and no ability to watch anything.”

Shestokas described the setup to Just the News at what he said was a massive warehouse in downtown Pittsburgh.

At some point during the process—out of sight of poll watchers — the ballots were checked for “sufficiency,” with workers ensuring that the addresses, dates and signatures were properly affixed to each ballot, Shestokas said.

Eventually ballots made their way back to a central processing area, but watchers were placed far enough away that they were more or less incapable of properly observing the process, he added.

“All of the folks who were observers for campaigns were maybe 15, 20 feet from many of the tables, in a coral,” he said. “Other tables may have been 100-150 feet away. We were not allowed to go outside the corral in the one huge room.”

Shestokas said ballots were eventually fed into scanning equipment in another, smaller room. Overall, he said, poll watchers were effectively unable to give the oversight for which they were present.

“We literally had no input and no ability to watch anything,” he said. “As far as I’m concerned, each and every one of those ballots was opened illegally.”

Poll watchers have been focal point of election controversy

Shestokas’ remarks echo those of numerous other poll watchers throughout critical battleground states who have argued that they were given insufficient access to the poll-counting process.

Watchers are a regular part of the American election landscape, though their profile this year was dramatically increased as the amount of mail-in ballots submitted by voters skyrocketed amid the COVID-19 pandemic. That same pandemic let many local authorities to place watchers far away from ballot counters in order to observe proper “social distancing” rules.

Complaints from poll watchers in Philadelphia this week tacked closely with Shestokas’s observations: Many said they were not permitted to get close enough to properly scrutinize ballot-counting activity.

Following a legal complaint by the Trump campaign, a Pennsylvania judge on Thursday ordered that election watchers in Philadelphia be permitted to move closer to ballot-counting stations in order to “observe all aspects of the canvassing process.”

Shestokas noted that the ruling only applied to Philadelphia, and that the majority of ballots had already been processed by the time the ruling was issued .”You can’t put toothpaste back into a tube,” he said.

Watchers in other states, such as Texas and Michigan, also claimed over the week that they were either placed far away from counting stations or even denied entry into ballot-counting centers.

In Detroit, chaos erupted at one ballot-counting station this week when Republican watchers claimed they were barred from entering to observe the process. Video circulated of poll workers covering up windows with large pieces of poster board.

Officials said that equal numbers of observers from both parties were allowed in, and that permitting the disputed watchers in would have put the total number of observers over the legal limit.