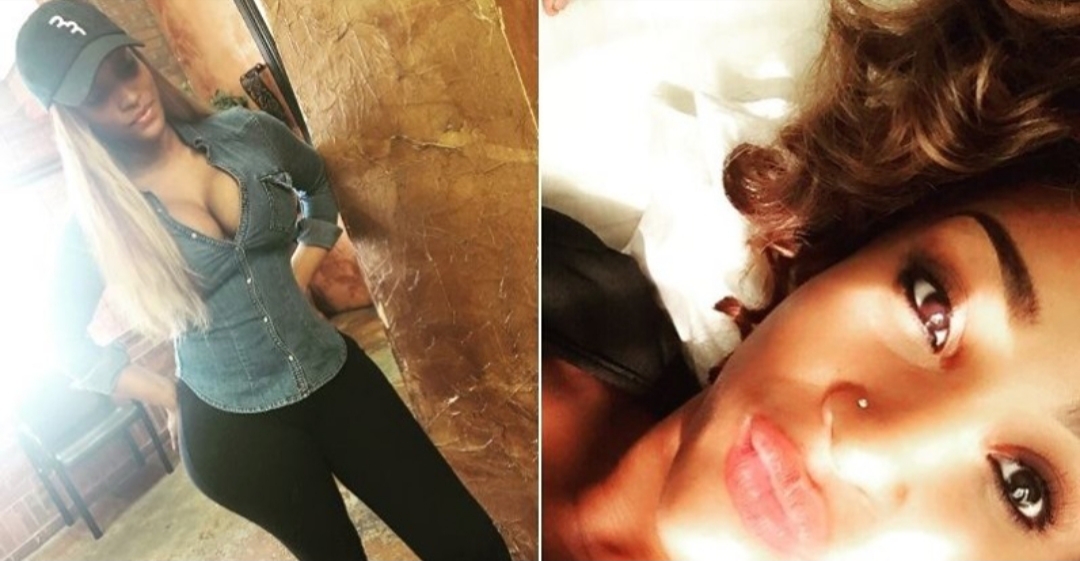 A fourth-grade teacher was accused of not being dressed appropriately for school. We have the photos of what she wore. Decide for yourselves if her fashion choices are professional enough for the classroom.

Patrice Brown became an internet sensation when a photo of the attractive fourth-grade Atlanta school teacher went viral. But, the attention certainly wasn’t all positive. The educator is no doubt beautiful, but many saw something appalling in her images.

Although some were quick to deem Brown #teacherbae on social media, many others had heavy criticism for her fashion choices, and a closer look at her Instagram provides a good indicator as to why many parents are none too pleased with the classroom attire she was sporting around young children.

Countless images, like the ones seen above, capture the Atlanta teacher ready for school as she stands before a mirror, taking selfies in provocative poses and clothes. She even goes as far as to adorn the images with school-related emojis to make it clear she’s headed to the classroom.

In others photos, what appears to be her employment badge, hanging from a lanyard around her neck, is clearly observed — another sign that she was headed to work.

What’s more, some of her pictures come straight out of the classroom, such as the one that started it all, featuring Brown in a formfitting peach dress and high heels.

When the image below went viral, a lot of viewers were quick to make it clear they didn’t approve. However, many would consider this mild after taking a closer look at Brown’s other Instagram photos.

Brown’s wardrobe and her online flaunting of it sparked a heated debate over whether or not her dress was appropriate for school. While some have called her “the sexiest teacher in America,” others have scrutinized her fashion choices.

Of particular concern are some costumes she wore for various school holidays, including Halloween and Christmas, since they look like something an adult entertainer might wear, not what you expect to see a respectable teacher wearing in the classroom.

Patrice Brown dressed up for Halloween

When asked if what the teacher was seen wearing was appropriate for a classroom, Twitter users didn’t hold back. “Only if she teaches pole dancing,” one wrote, while another commented that her dress was absolutely inappropriate, adding, “This is a place of business, not a date, come on now!”

“Let’s be real…the outfits were chosen to show off her curves and you have to be a fool to think she’s not aware,” wrote another user, and when you see what Brown wears outside of the classroom, it’s hard to argue with those sentiments.

It certainly doesn’t seem like she’s interested in modesty, that’s for sure. Even so, some defended her choice of outfits, claiming she was being shamed for having curves.

“Any of these outfits on a thin lady with no breasts or a** would not be considered inappropriate,” one Twitter user alleged while another claimed that “nothing was revealing,” adding, “People are just intimidated by her curves.”

“Really fascinating to watch people assume a Black female teacher is intentionally trying to sexually entice her students with a dress,” wrote another social media user, although no one really made such a claim. “If it isn’t our hair, it’s going to be our shape. If it isn’t our shape, it’s going to be our attitude. Whatever issues folks can have w/us,” they added in the teacher’s defense.

But, perhaps something much more important is being missed in this debate. First, have another look at a sample of images which Brown enjoys posting publicly, and see if you spot the problem many aren’t addressing:

Remember, Brown’s students are fourth-graders. These children are only roughly 10-years-old. Shouldn’t an elementary school teacher be able to literally get down on their level? How can she comfortable teaching like this? I remember doing projects on the floor at that age, something I can’t see Brown being about to do. But, there’s something worse.

Isn’t anyone else concerned that the classroom is being so often turned into a photo studio by this teacher who seems more interested in capturing the perfect picture for her Instagram fans rather than focusing on her actual responsibilities in the classroom? If any of the bosses I’ve ever had saw that I spent so much of my day taking selfies, I would have been fired.

She’s even reportedly deleted many of the photos that went viral. Yet, so many are left. How many more were there, and why are so many being taken when she should be teaching or preparing lesson plans? “My only focus is to remain FOCUSED!” Brown wrote in a caption on Instagram, but I have a hard time believing that her focus is on her students and not herself.

Furthermore, part of her job as an educator is to be a role model and set an example. When her female students reach middle and high school, will they get away with dressing like this to go to school? I highly doubt it. Quite simply, regardless of what she’s wearing, is she doing her job and doing it well? I definitely see room for improvement — and it’s not just her attire that brings me to that conclusion.

120 American Generals: U.S. Will Not Survive Biden’s Assault on Our Constitution