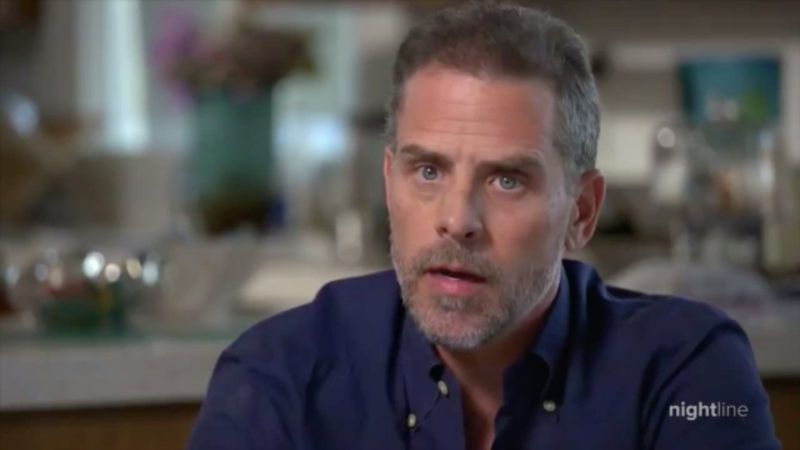 In a clear sign that this is the year 2020, there is a principled debate by some online over whether to share videos and photos purportedly from a laptop that belonged to Democratic nominee Joe Biden’s son, Hunter Biden.

And to think that there was so much interest in the mythical Trump pee tape that was a highlight of the phony, unverified Russian dossier.

The content on the “laptop from hell” reportedly includes nude photos and at least one decadent sex tape featuring a crack-smoking Hunter — more videos are said to be coming — and despite our Orwellian social media censors doing all they can to squash it, the material is making the rounds.

Outspoken actor James Woods found out firsthand how determined Big Tech is to keep the Hunter Biden smut under wraps, as he tweeted late Saturday that he was locked out of his account for sharing a screengrab of the video.

Twitter is desperate to protect Hunter Biden. They just locked me out for showing a video screen grab of Hunter Biden allegedly smoking crack and getting a foot job from a hooker. I was willing to delete it, only because I know they’re not gonna stop the tsunami that’s coming.

As Woods explained, he agreed to delete the offending tweet only because he knew their efforts were futile.

The media is in a full-on cover-up of the entire controversy, which includes purported emails suggesting the Democratic nominee was getting a percentage of income his son allegedly acquired by trading on the Biden name — which is more obscene than any of the other content, as Woods noted.

This photo is more obscene than any of them… pic.twitter.com/EWtQ1ynRRB

The one prevailing thought from rational Americans is that if this laptop allegedly belonged to Donald Trump Jr., there would certainly be no blackout.

In fact, it’s very likely the liberal media would have already called off the upcoming election. We already know that Twitter and Facebook freely allowed the sharing of the phony Russian dossier for better than three years.

I would have a lot more sympathy for Hunter Biden’s sex tape going around right now if I didn’t know for a fact that every lib would be sharing it in a heartbeat if it was @DonaldJTrumpJr.

Not that this stopped the liberal media from climbing high upon their moral perch to denounce the sharing of the tape — just as they would with a tape featuring a Trump family member. Right?

Publishing someone’s private sex tape is just one of the most horrific things you can do. And to do it in an effort to beat someone in an election is just another layer of disgusting behavior.

Here’s a sampling of other responses to the story from Twitter:

Welp, the apparent Hunter Biden sex tape seems to have come out

BREAKING: China’s GTV released a sex tape of Hunter Biden that shows him engaging in sexual activity while smoking crack with an unidentified Chinese woman.

Gateway Pundit published an article & the link to it, however I cannot share the article because its against Twitter TOS.

Those same folks DO NOT get to be furious, as I am right now, over the Hunter Biden sex tape.

Y’all deserve each other!

You think if there was an actual pee-tape it wouldn’t be plastered everywhere??

Twitter is desperate to protect Hunter Biden. They just locked me out for showing a video screen grab of Hunter Biden allegedly smoking crack and getting a foot job from a hooker. I was willing to delete it, only because I know they’re not gonna stop the tsunami that’s coming.