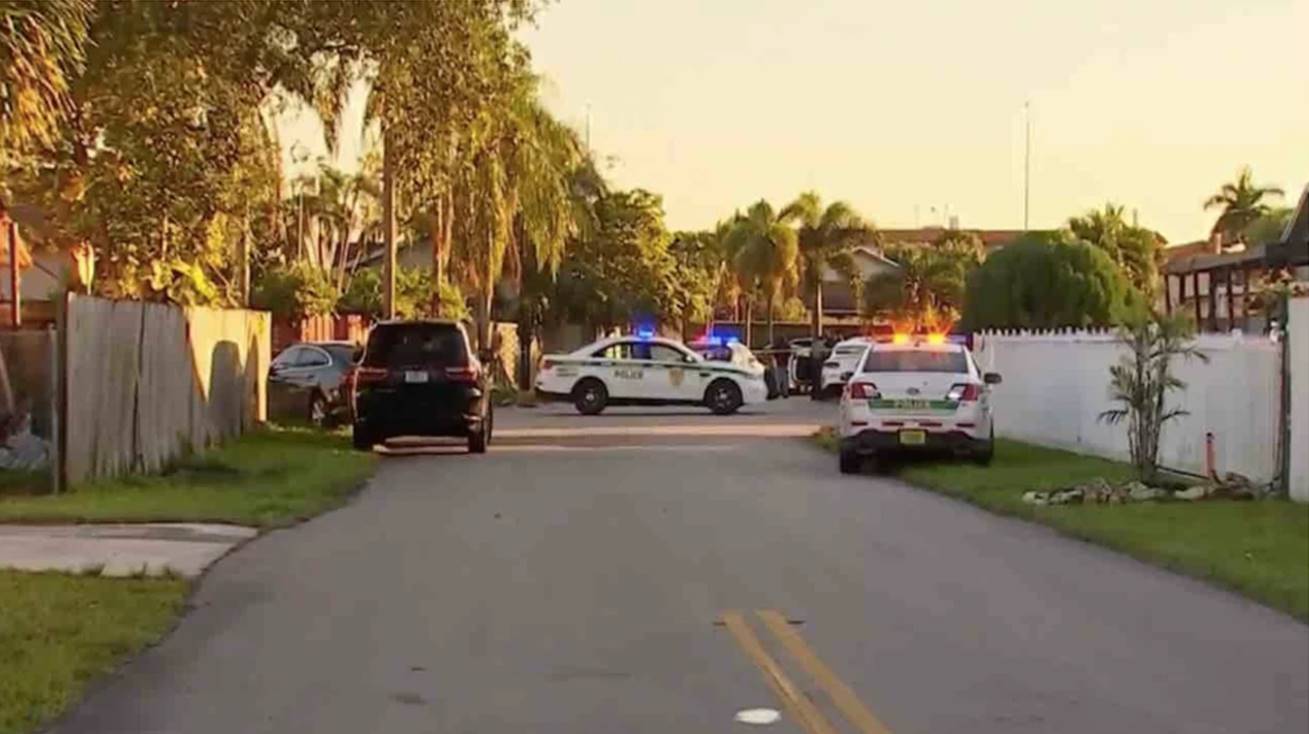 Miami-Dade Police said a 13-year-old boy who was home alone Monday afternoon called his parents about a man trying to break in — and it turns out the boy’s father is an off-duty officer with the City of Miami police.

Well, after Dad arrived at the scene in the 700 block of Southwest 98th Court, the station said he shot and killed the man who allegedly attempted to break into the home.

Miami-Dade Police spokesman Alvaro Zabaleta said the off-duty City of Miami officer shot the man in the home’s driveway, WTVJ-TV reported. The man was later identified as 29-year-old Anthony Arias, who had served time in prison for burglary, WTVJ reported.

Paramedics took the wounded man to a hospital where he was pronounced dead, the station said.

The officer was the only one to fire a weapon, WTVJ reported.

“The subject turned on him, and with a very large screwdriver, and he made a threat to the officer’s life,” Sgt. Tommy Reyes of the Fraternal Order of Police noted, according to WTVJ, adding that the suspect possibly made a move toward the officer, who then shot him.

A helicopter hovered over the home where the shooting took place, and WSVN said aerial footage showed blood on what appears to be a family’s driveway.

City of Miami Police noted to WSVN that the officer who pulled the trigger is a department veteran.

Presumably referencing the officer’s actions, neighbor Orencio Castillo told the station “that’s a natural response I would say.” Another nearby resident echoed the sentiment to WSVN, calling it “natural.”

Christina Carmenate told the station when she heard about what happened, she rushed to the house to provide moral support for her cousin.

“Somebody was trying to break into her house,” Carmenate added to WSVN. “She called her ex-husband [who] is a police officer, and there was some type of altercation, and there was a shooting. … It was an attempted robbery, and the bad person was the one hit.”

Artiles told the station he’s lived in the “very, very peaceful, very nice” neighborhood for 35 years — and that he’s never heard anything like a shooting before.

The Florida Department of Law Enforcement is investigating, WSVN said.

[VIDEO] Are you Sitting Down? Dr. Fauci Has a “New Plan” for Our Lives…

[VIDEO] Are you Sitting Down? Dr. Fauci Has a “New Plan” for Our Lives…

“The Plague… I Don’t Know When It’ll Happen But It’s Coming” And He Called Fauci A Monster!! IQ 220 Mega Genius Deepstater Red Pills The World For 4 Hours Straight In Historical Video!

May 9, 2021 Morgan
Thanks for subscribing! Please check your email for our latest news.