Post-COVID vaccine deaths are not being autopsied – why? 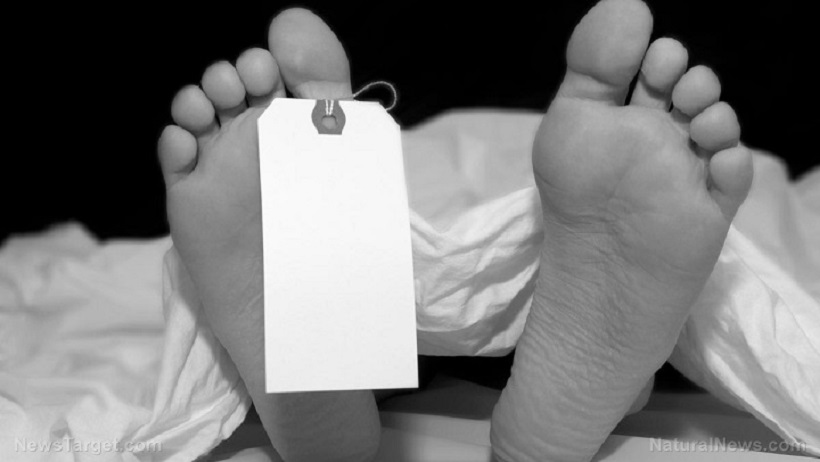 Dr. Jane Orient, M.D., the executive director of the Association of American Physicians and Surgeons (AAPS), wants to know why the medical system is refusing to perform autopsies on the bodies of people who died not long after getting “vaccinated” for the Wuhan coronavirus (Covid-19).

All last year, we were told by the government and media that every single death, no matter the actual cause, was a result of “covid.” That was before the “vaccines” made their appearance, of course.

Now, despite prolific evidence that the injections are causing mass disease and death, the medical system is refusing to acknowledge this fact and is still blaming all deaths on “covid.”

There is a systematic refusal among those calling the shots to even consider that Fauci Flu shots might be spreading the “variants” and causing some people to drop dead from various known side effects. And Dr. Orient wants answers.

“Thousands of healthy people are dying unexpectedly, but our public health agencies are assuring us that their deaths were not caused by the COVID jab,” Dr. Orient wrote in a commentary for WND.

“The toll of post-vaccine deaths has reached nearly 7,000, according to the Vaccine Adverse Events Reporting System (VAERS). It’s the best system we’ve got, even though it misses 90% or more of the actual events.”

Dr. Orient has only seen one post-injection autopsy conducted so far

Of the tens of thousands of deaths that have been reported in conjunction with the Trump Vaccines, only one that Dr. Orient knows about involved an actual autopsy, as opposed to a questionable and easily manipulated “death certificate.”

That particular patient had received just one dose of the mRNA injection from Pfizer and BioNTech and died before receiving the second. Despite testing “positive” on a phony PCR test for SARS-Cov-2, this person showed no actual signs of infection.

On the other hand, the body of a 45-year-old mother who died of heart issues and brain swelling following her jab, which required in order for her to start a new job at Johns Hopkins University, will probably not be getting an autopsy, even though it is obvious that she died from the injection.

“There will be tears and flowers, but probably no autopsy – and no pause in the shots demanded for mothers and potential mothers if they want to work at JHU,” Dr. Orient says.

Even though Dr. Orient received her medical training long before CT and MRI scans existed, she says that she and her colleagues were still expected to try to come up with an accurate diagnosis with every patient. That is no longer the case in the age of the Chinese Virus.

“We had to call the medical examiner, who would decide whether an autopsy was indicated,” she says. “Anything potentially related to the death, such as pill bottles, was evidence.”

“If an injection had been given, the vial would be recovered if possible. With vaccines, one is supposed to record the lot number, so it would be possible to check a sample for contaminants.”

Compare this to now, when people dying in car accidents or from gunshot wounds are being listed in the official records as “covid deaths.” We have entered the age of pseudoscience hell, where nothing is real, everything is fake, and most people just go along with it like all is well.

“Unfortunately, autopsy rates have fallen from 25% to less than 5% over the past four decades,” Dr. Orient laments, noting that once again money is playing a huge role in the decision-making process. “It never was a revenue producer for anyone except malpractice attorneys.”

More related news about the deception surrounding Wuhan coronavirus (Covid-19) injections can be found at ChemicalViolence.com.