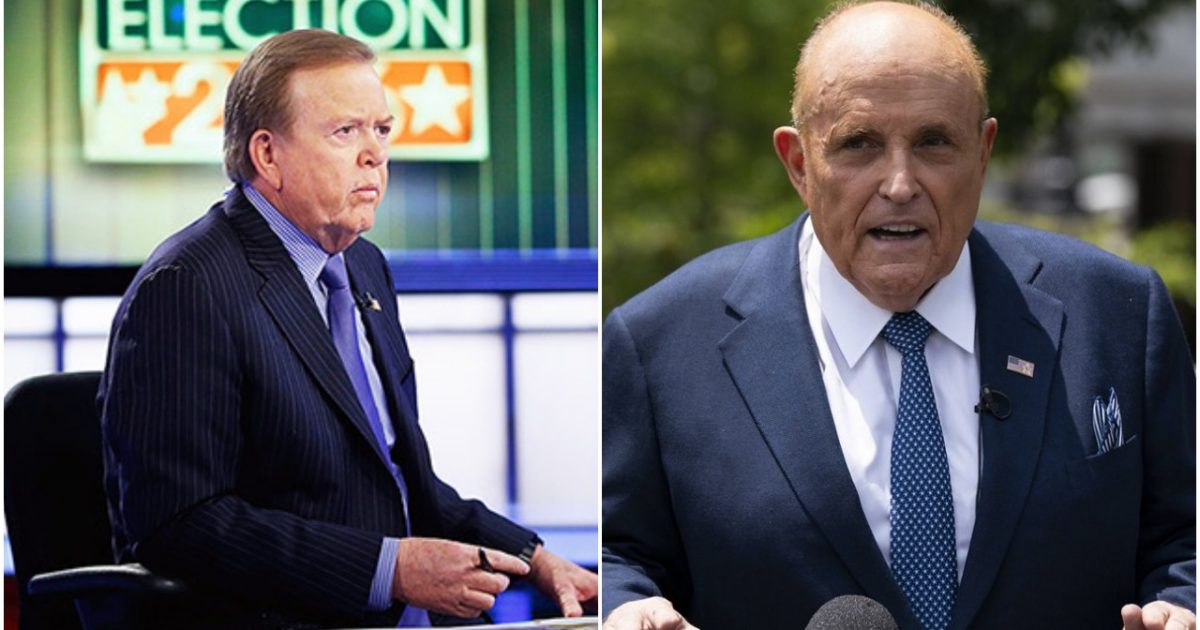 Trump attorney Rudy Giuliani appeared on the Fox Business Channel Wednesday night where he gave an update to Lou Dobbs on the progress his team is making to ensure electoral integrity.

“We had a significant victory yesterday in Nevada where a five-member counting board of elections in Clark County, which covers Las Vegas, decertified as the winner a Democrat replaced with a Republican based on irregularities. Those are the same irregularities that we have,” Giuliani told Dobbs.

He also addressed an affidavit comparing the Dominion vote counting system that is similar to software used by foreign despotisms to rig voting totals.

“I am alarmed because of what is occurring in plain sight during this 2020 election for President of the United States. The circumstances and events are eerily reminiscent of what happened with Smartmatic software electronically changing votes in the 2013 presidential election in Venezuela,” the whistleblower stated in their sworn affidavit under the penalty of perjury.

“What happened in the United States was that the vote counting was abruptly stopped in five states using Dominion software,” they added.

Giuliani echoed the concerns of this whistleblower and detailed the foreign interference that Dominion brought into the electoral process.

“Our votes in 27/28 states that are counted by Dominion, and calculated and analyzed, they’re sent outside of the United States. And they’re not sent to Canada. They’re sent to Germany and Spain, and the company counting it is not Dominion, it’s Smartmatic,” Giuliani said.

Giuliani explained that Smartmatic was designed in Venezuela for the purpose of rigging elections.

“That’s their expertise: How to fix elections. They did it a number of times in Venezuela, they did it in Argentina, and they messed up an election…in Chicago, and there’s a whole Congressional record that you can go look at about what a terrible company this is. Well, that’s the company that was counting and calculating on election might,” he said.

“And they did all their old tricks. They stopped it, they also switched votes around subtly, maybe 10 per district so you don’t notice it. They got caught in Antrim County (Michigan), which is how we found out about them, and we are in the process of investigating this in great, great detail,” Giuliani added.

The entire exchange can be seen here:

Foreign Election Involvement:@RudyGiuliani says votes in 28 states were sent to Germany and Spain to be counted by Smartmatic #MAGA #AmericaFirst #Dobbs pic.twitter.com/fmSJdwvFq8

The Democrats, fake news media, Big Tech overlords, and other institutional power brokers who are in on the color revolution coup against President Donald Trump want to sweep these details under the rug. If properly investigated, this will likely go down as the greatest crime in the history of the nation.