PREPARE FOR WAR: After Jan. 6th, expect all hell to break loose across America 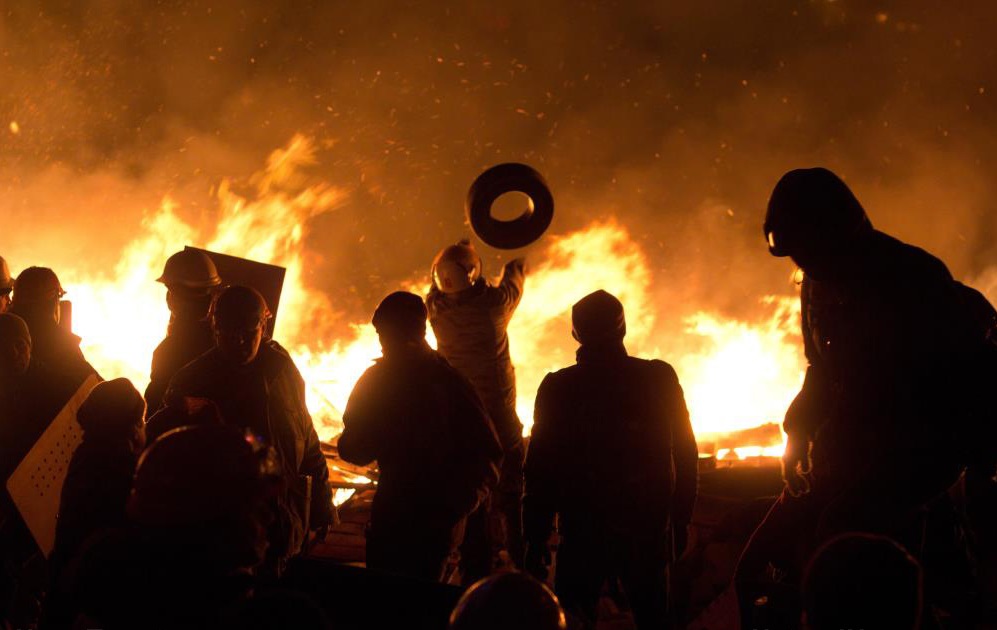 For the past month or so, I’ve been posting daily Situation Update reports based on deep research and insider sources who help keep me informed. You can listen to all these Situation Update podcasts at this link on Brighteon.com.

In this article, I’m going to summarize where things stand right now in terms of the election, civil war, the Insurrection Act, war with China and other topics.

The short summary is that if this election situation is not resolved on January 6th, all hell is going to break loose across America. The obvious, overwhelming election theft by enemies of America will simply not be tolerated by patriots. It’s already apparent that literally millions of Americans are on the verge of activating their Second Amendment duty to defeat tyranny and save the republic, even if it means possibly dying in the process.

Meanwhile, President Trump is surrounded by piece-of-filth treasonous backstabbers like White House General Counsel Pat Cipollone, who according to Patrick Byrne has done everything in his power to push Trump to concede (while stonewalling every pathway to victory).

As we have laid out here through multiple articles and podcasts, President Trump has all the assets and authority to do what is necessary to save the republic and achieve victory on January 6th. For example, Trump has the “declassification” option, the Fourteenth Amendment option, the Insurrection Act option, the cyber warfare declaration option, and so on.

Yet he is surrounded by people who sabotage his every move and are actively committing treason against the United States government by trying to overthrow the White House from within. (Mark Meadows, Cipollone, etc.)

Because of this sabotage, there is a chance that Trump will take no action at all. This would lead to a defeat on January 6th as Congress votes to accept the fraudulent Biden electors from the swing states in which massive, irrefutable fraud took place. Currently, this looks like the most likely outcome.

Should that occur, America erupts on or around January 9th.

At that point, we should expect to see patriots all across the country announcing things such as their own Declarations of Independence. The attitude across the nation would shift from “the consent of the governed” to “mass resistance against tyranny.”

Personally, I plan to roll out a new podcast series focused on documenting the domestic war that will take place under “occupied America,” and I imagine there won’t be any shortage of activities to document.

If Trump will not act, the people likely will

It’s becoming crystal clear: If Trump will not act, and if Congress will not defend the republic, then We the People will likely move toward action very quickly after January 6th and start fighting to save the republic using the rights and duties described in the Second Amendment, which was written to allow the People to defeat tyranny.

It’s almost as if the Founding Fathers wrote the Second Amendment for this exact moment in history. They knew government would become larger and more corrupt over time, eventually transmorphing into a tyrannical regime of hyper privileged, isolated “elitists” who would ignore the will of the people to ensure their own monopoly hold on power and profit, using any means necessary including election fraud.

The recent covid “stimulus” bill is yet another gross example of this corruption on display, where corrupt officials approve multi-billion dollar payments to programs in foreign nations, knowing that these are all skimming operations where 50% of the money comes back to U.S. lawmakers and bureaucrats in the form of financial kickbacks. It’s all a corrupt cesspool of waste and fraud. The swamp is hopelessly corrupt.

It’s also clear from watching SCOTUS and the courts over the last few weeks that there is no longer any functioning judiciary authority that isn’t hopelessly corrupt. No element of the swamp is capable of draining the swamp, nor even honestly assessing its own corruption. The entire system is rotten to the core and now functions as a festering cancer tumor on the body politic.

There is no saving this system, because the system has already abandoned any last shred of legitimacy by abandoning the rule of law and the pillars of justice. The system cannot be resuscitated back into any form resembling honest government, because nearly every last member of the system has already been subsumed into it (and transformed into a creature of corruption rather than a representative of the people).

When governors ignore their own state supreme courts and enact punitive, destructive covid “lockdown” rules that serve no purpose other than to crush the middle class and incite suffering and despair, these governors are functioning as traitorous criminals who must be arrested and charged accordingly. They no longer even pretend to represent the people; they merely inflict maximum damage against their own constituents, almost as a form of political sport.

These dark creatures must be removed from public office by every legal means available.

And the people have come to realize there is no mechanism by which swamp creatures will hold each other accountable. The FBI, for example, has become a corrupt cesspool of criminality and fraud. The FBI does not stop crime, it “manages” crime and in many cases initiates crimes in America.

We do not condone the following, but we anticipate spontaneous, armed uprisings of patriots all across America, with the intention to arrest corrupt officials across this nation, and to eliminate enemy combatants who are actively working in collusion with foreign enemies (the CCP, namely) to overthrow the United States of America.

America is an enemy occupied war zone, and there appear to be millions of armed American citizens, patriots, veterans and members of law enforcement who have reached that “line in the sand” moment where they will take up arms to defend the republic. The calendar points squarely to the days following January 6th, 2021.

Sadly, President Trump doesn’t appear to be poised to do anything to stop this bloodshed from taking place. He appears paralyzed in the White House, surrounded by treasonous staff members who are actively plotting against him. If he will not invoke the Insurrection Act, the American people seem likely to initiate their own solution against enemy occupation.

There is no doubt whatsoever that the FBI set this off in an attempt to …..

2 thought on “PREPARE FOR WAR: After Jan. 6th, expect all hell to break loose across America”