President Putin BANS Mandatory Vaccinations in Russia: ‘We Are a Free Country’ 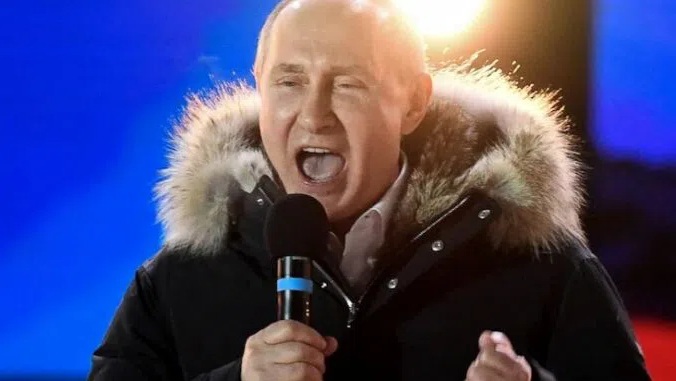 President Vladimir Putin has declared that mandatory vaccinations will never be allowed because Russia is a free country and its people are sovereign.

“No one should be forced to get a jab. Pressure, where people may lose their jobs, is NOT acceptable,” Putin said during a recent speech.

Arabnews.com reports: Putin said Wednesday that some 23 million Russians had received the jab and said the country’s homegrown vaccines were better than foreign alternatives, naming AstraZeneca and Pfizer.

The 68-year-old leader also addressed widespread vaccine skepticism in the country and urged Russians to listen to “specialists.”

“It is necessary to listen, not to people who understand little about this and spread rumors, but to specialists,” he told Russians, the majority of whom polls show oppose receiving coronavirus jabs.

Putin has in recent months urged Russians to get vaccinated and announced earlier this year he had got the jab, without specifying which one of the country’s four vaccines he had received.

On Wednesday he announced he was inoculated with Sputnik V, the first vaccine registered in Russia.

Officials have been accused of underreporting fatalities, counting only cases when coronavirus was found to be the primary cause of death after autopsy.

Authorities on Tuesday reported 652 coronavirus fatalities, topping a record that was set in December last year.