President Trump Is the Hero of 2020 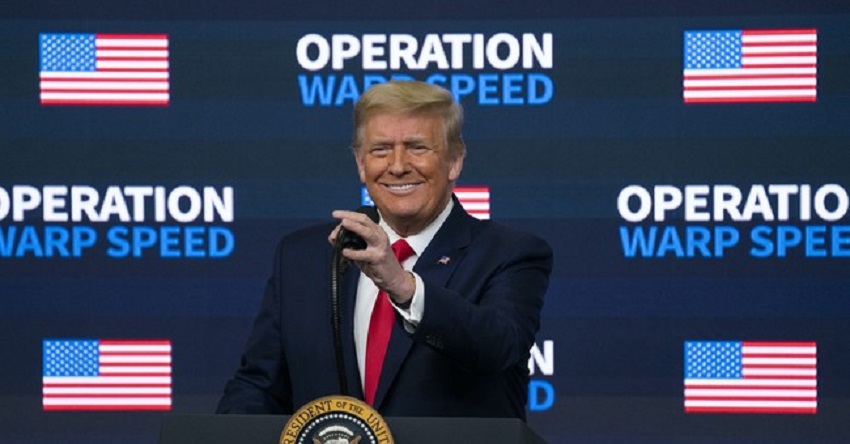 Last week, we asked the listeners of the Ringside Politics program to nominate their “Heroes” and “Zeroes” of 2020. This is an annual exercise that always elicits excellent nominations. This year was no exception as 2020 has been eventful, disturbing, and extremely challenging. Everyone is eagerly anticipating the arrival of 2021 and the hope of better times ahead.

Over the past year, a multitude of people distinguished themselves as “Zeroes,” but very few took the type of courageous action necessary to be identified as “Heroes.” In this extremely elite group, one person stood alone, President Donald Trump, so it is only right that he received the overwhelming majority of votes from our audience.

While our listeners appreciated his leadership, President Trump was denounced and maligned by powerful forces throughout the year. The mainstream media continued to treat him as an enemy and coverage of the President was almost uniformly harsh and negative.

The president was attacked not only by the media but also by every conceivable element of the Deep State. After facing a three-year, phony, Russian collusion investigation, the president was subjected to an impeachment hoax. This outrage was engineered by a leaker, who was politically motivated to create a firestorm that eventually resulted in the president’s impeachment.

Thankfully, the president was acquitted, but the whole episode was a needless distraction and another way for the Deep State to attack the Trump agenda. It was inflicted on the president despite a “perfect” phone call to the Ukrainian president.

Of course, there should have been an investigation related to Ukraine, but it should have revolved around former Vice President Joe Biden’s threats to withhold U.S. loan guarantees until the prosecutor investigating his son was fired. Fortunately for Biden, powerful Democrats are immune to prosecution from a Department of Justice that has been used to target President Trump and his allies.

Once the president survived impeachment, he was immediately thrust into the Covid-19 pandemic. Displaying extraordinary leadership, he created the Coronavirus Task Force and spearheaded the effort resulting in the manufacturing of tremendous supplies of personal protective equipment for healthcare workers and ventilators for patients in serious condition.

His “Operation Warp Speed” has been universally credited, even by Biden, for the creation of several vaccines that were approved for widespread use in record time. This will possibly save millions of lives; however, the President receives mostly condemnation from the media and his innumerable political enemies for his handling of the pandemic.

Due to Trump’s leadership, our economy came roaring back from the depths of the Covid-19 recession by Election Day and the American people rewarded the president with over 74 million votes. It broke the record for most votes for a sitting president and was 11 million more votes than he received in 2016.

Clearly, he won the election, but it was stolen from him by corrupt Democrats in a variety of swing states. As the president fights this electoral fraud, the base of the Republican Party is solidly behind his efforts. Not surprisingly, the power structure in D.C. is opposing him at every turn. His legal challenges have been dismissed at every level of the judiciary, including the Supreme Court. He is also not receiving much support in Congress and practically none in the U.S. Senate.

Sadly, this is nothing new for the president. He withstood opposition in Congress to support the Keystone pipeline and our oil and gas industry, which resulted in our country becoming energy independent for the first time in decades. With no help from Congress, the president secured funding to build a 450-mile wall on the southern border.

The president also negotiated four peace deals with Israel and former enemies in the Arab world, as well as a historic agreement between Kosovo and Serbia. For his remarkable accomplishments, the president received four Nobel Peace Prize nominations.

While he destroyed the ISIS caliphate and ordered military operations that killed several terrorist leaders, the president wants to bring our troops home and end the endless wars. This “America First” platform fulfills his campaign promise, but it has generated tremendous opposition among the military industrial complex and the political establishment of both parties.

While the powerful insiders in Washington D.C. want war, President Trump wants peace through strength. He has rebuilt our military because he does not want to use it unnecessarily in far-flung places around the globe.

Only President Trump could have accomplished what he did in 2020, the finest year of his remarkable term. No other president has faced as many enemies as Donald Trump, as he received constant attacks from the Democrats, the Deep State, and foreign leaders, even from many that are supposedly U.S. “allies.”

What is truly remarkable is that the president was regularly criticized and opposed by congressional Republicans, even though he is tremendously popular with the rank-and-file membership of the GOP. Too many Republican leaders have lost their connection with their constituents and are beholden to the Washington D.C. bureaucracy and powerful special interest groups. The president is a threat to the D.C. establishment and the tenured class in the Beltway hate Donald Trump for what he has done to challenge their power.

As usual, the president and his 74+ million deplorables are together, while the swamp is firmly against them. If he does not succeed in his electoral challenges and must leave office, he should exit in a blaze of glory.

His veto of the defense bill and his stated opposition to the horrible coronavirus relief package show the American people his commitment to his promises. The president wants the American people to receive relief, but Congress wants to cram the bill with unacceptable pork and give crumbs to the suffering pandemic victims.

No other president would have stood up for the American people and taken on Congress and the Deep State. As usual, President Trump stands alone, which is why he has earned our Ringside Politics Hero of the Year award.