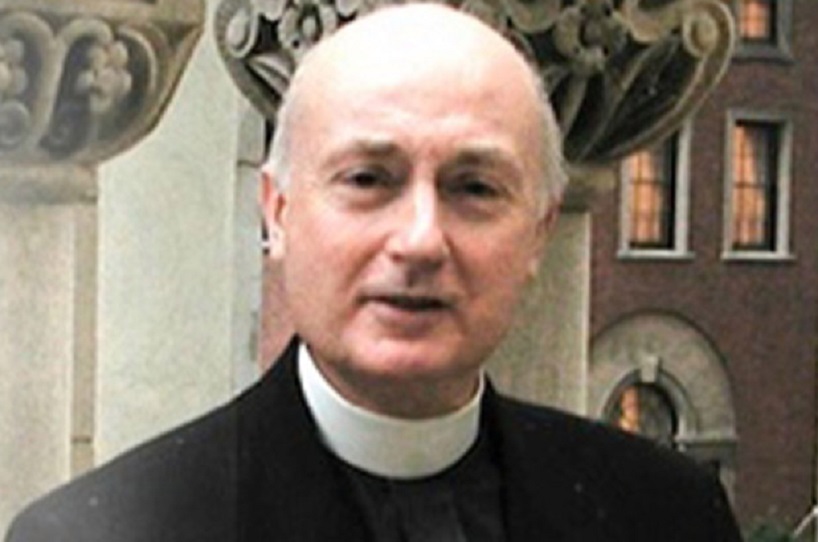 A security guard claims she was violently sexually assaulted by a prominent priest while working the graveyard shift at a Midtown Catholic church.

Ashley Gonzalez recorded part of the encounter on her cellphone and immediately reported it to police last month, she told The New York Times. The Manhattan District Attorney’s office said Friday the priest, Rev. George William Rutler, 75, is under investigation.

Rutler voluntarily stepped down as pastor at Church of St. Michael the Archangel amid the probe, Archdiocese of New York spokesman Joseph Zwilling told the paper.

“He does not have an assignment at this time. He is not serving as a priest,” Zwilling said.

Gonzalez, 22, was working her second night at the church on Nov. 3 as part of a temporary election-week assignment when she sat down for a break in Rutler’s office around 1 a.m.

Rutler, who told Gonzalez she was welcome to use the couch any time, walked in a few minutes later and began checking election results on his computer, Gonzalez told The Times.

Gonzalez pulled out her cellphone and recorded a 19-second clip of the priest before attempting to flee the room.

“I didn’t know what to do in that moment so I texted my mom and said ‘I think I’m about to get raped,’” Gonzalez said, according to the paper, which viewed the text messages.

When Gonzalez got up to leave, Rutler allegedly blocked the exit, fondled her breasts and forced her against a wall before she was able to escape, the Times reported.

She ran out onto 34th Street and headed straight to a nearby police precinct to file a report, she told the Times.

The guard has not returned to work since, and the incident has led her to spiral into a depression, she said.

“It affected me in a way where I never want to go to church again,” Gonzalez said.

Rutler has worked at St. Michael since 2003 and has been an outspoken critic of those who come forward with abuse claims against Catholic priests. He has hosted a show on the Eternal World Television Network since 1988.