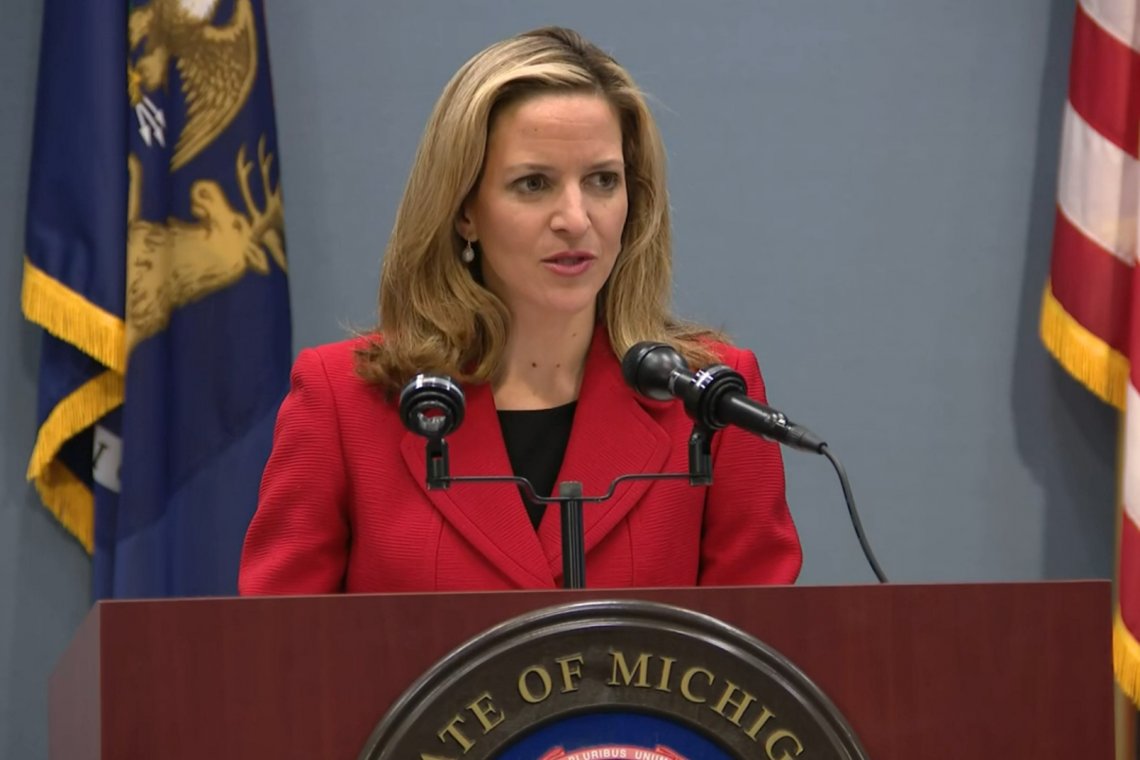 An Attorney involved with the Election Audit in Antrim County, Michigan, has revealed concrete PROOF the voting machines were, in fact tampered with and the Nov. 3, 2020 Election Results are Fraudulent.

We have been lied to.

2. Those dates are significant because they correspond directly to the dates the county and SOS were trying to correct the intentional computer problems that subverted the election.

These logons appear to have escalated privileges at the time of logon.

3. But we were told there was no internet connection.

In an accredited system, an anonymous user should not be authorized by the accreditation authority, but would instead be required to enter a specific user name and password to utilize the system.

This is fraud. This decertifies the Antrim County election.

SOS Benson should resign or be impeached. This is a HUGE development because from the outset, the Secretary of State, Jocelyn Benson took every legal step possible to prevent examination of election machines and ballots, asserting repeatedly the election was secure and its results were valid.

It appears she deliberately lied.

It appears that not only were the voting machines accessed via Internet, which Benson said could not happen, but material changes to the machines was undertaken via remote Internet access, which altered the election results.

If this was the situation in Antrim County, MI, then the public is justified in asking if the same breaches of voting machines and election totals took place in all the other Michigan Counties?

Most _thinking_ people already know the answer to that question.

I have said from the day after the election, that the election was STOLEN by Democrats, to ILLEGITIMATELY hand the US Presidency to Joe Biden.

We not only watched the fraud take place on TV broadcasts throughout the country we also saw people hiding ballot count activities by placing carboard on windows to block the view of people outside counting centers, so they could NOT see what was being done inside.

We have video of large vehicles, with out-of-state license plates, pulling up to the rear of counting centers in the middle of the night, and unloading boxes and boxes of additional ballots, which were then brought into the counting centers!

We have video of large stashes of ballots, hidden in boxes beneath a table and covered by a table cloth, being slid out from beneath the tables and inserted into ballot counting machines AFTER all election monitors were escorted OUT and could not see what was being done.

The Congress of the United States rubber-stamped this fraudulent election on January 6 and were flabbergasted when Americans stormed into the US Capital in protest.  Americans in Washington, DC that day KNEW their votes had been negated by fraud and they were outraged that our lowly public servants dared to runner-stamp the fraud with approval.

Since Congress turned a blind eye to the fraud, both Houses of Congress are ILLEGITIMATE as well.

The courts, some at state level and others at the federal level, including the US Court of Appeals and the US Supreme Court, utterly failed to properly handle dozens of lawsuits challenging the fraudulent election, refusing to even view evidence, thus making the US Federal Courts  ILLEGITIMATE.

The entire federal government of the United States is now illegitimate.  How much longer will Americans allow this fraudulent government to continue in existence?

The government has lost its legitimacy and DOES NOT HAVE the consent of the governed, for at least 74 Million people of this nation, to govern.

People should not be surprised if the Second Amendment comes into play to restore the state of freedom which this stolen election has wrought upon the nation.

If that has to happen, the government will have brought it upon themselves.