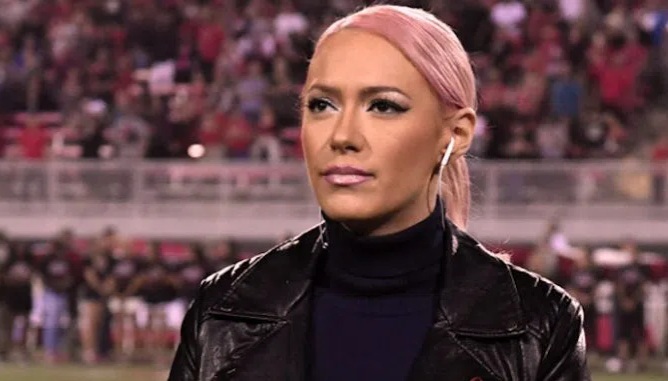 Kaya Jones, a former member of the hit-making Pussycat Dolls, has taken to Twitter to allege that the members of her girl group were literally used as prostitutes, pimped out by record industry executives, forced to perform sexual favors in order to stay at the top.

“My truth. I wasn’t in a girl group. I was in a prostitution ring. Oh & we happened to sing & be famous. While everyone who owned us made the $,” she began by writing to her fans.

In a series of scathing messages on Twitter, Kaya Jones said that her “handlers” forced her and other band members to have sex with “whoever they say“.

“How bad was it? People ask—bad enough that I walked away from my dreams, my bandmates & a 13 million dollar record deal. We knew we were going to be #1.”

Jones also called out the “den mother” of the group without naming names, writing, “I want the den mother from hell to confess why another 1 of her girl group girls committed suicide? Tell the public how you mentally broke us.”

Twitter followers immediately alleged that Jones was talking about G.R.L. singer Simone Battle, who committed suicide in September of 2014. Kaya Jones has not confirmed that she was speaking about Battle.

Kaya Jones also confirmed that the record industry uses sex crimes as leverage against major players in the industry.

Jones continued, “To be a part of the team you must be a team player. Meaning sleep with whoever they say. If you don’t they have nothing on you to leverage…Yes I said leverage. Meaning after they turn you out or get you hooked on drugs they use it against you. Correct. Victimizing the victim again.”

Kaya also explained why so many people are afraid to speak out against the powerful industry executives.

The former member of the Pussycat Dolls added, “That’s why I have so much respect for our military. I’ve been through way. But my scars you can’t see. At least real war is honest. Why don’t we report it? Because we were all abused! I personally have been warned if I tell I will…you know end up dead or no more career.”

The mainstream media are also complicit in the cover up, according to Kaya Jones.

Kaya said that she told Hollywood executives about the problem in 2004. She then went to the press in 2005-2006, and again in 2011, but they covered up her story and made sure it did not see the light of day.