Putin Ally Waiting for Order to Smash West to ‘Smithereens’ 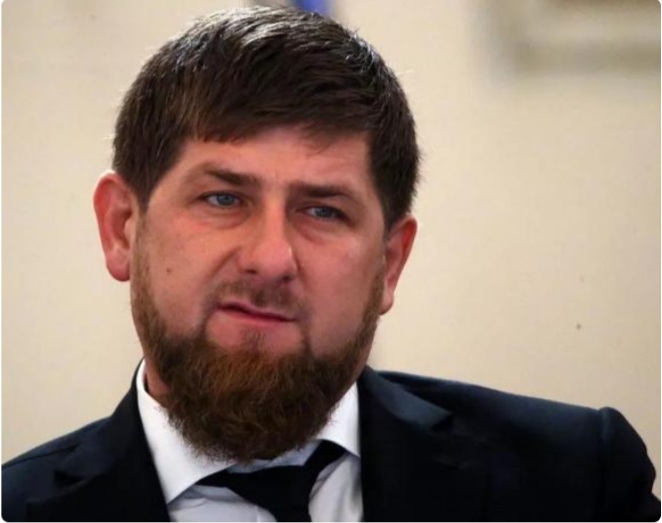 Ramzan Kadyrov, the Chechen leader and top ally of Vladimir Putin, said Sunday that he is waiting on an order from the Russian president to blast Western countries to “smithereens.”

Kadyrov made the declaration in a Telegram post that announced the completion of a new Chechen regiment called “North-Akhmat,” which was one of four that the Chechen leader announced was being formed last month to help replenish Russia’s troops during its ongoing war with Ukraine. He wrote that Russia is the only country in the world to “speak out against the infernal abomination that the West spreads,” and that he is grateful that Putin “made such a correct decision and gave us the opportunity to take part in this sacred struggle against Satanism.”

“We are ready to go further on orders, to easily take Kyiv and the NATO countries,” the post read. “Our units, hardened in real battles, will not be able to resist any army in the world. We have experience, arsenal, faith, patriotism, idea and TRUTH! The West does not yet understand how strong WE are!”

Kadyrov added that with one order from Putin, “we are ready to smash the false-democratic, pseudo-liberal and military-barbaric campaign of Western states, which are corrupting the world community in an attempt to subdue the entire globe under them, to smithereens.”

Russian officials have repeatedly threatened Western countries, particularly those in NATO, against direct interference in the war in Ukraine. Putin has even warned of “retaliatory strikes” against countries that “create a strategic threat to Russia,” leading to fears that the conflict could spread beyond Ukraine’s borders. Experts told Newsweek in May that NATO has already crossed the line that Putin has said would justify such an attack.

The Chechen leader has publicly stated Chechnya’s readiness for a large-scale military mobilization against Ukraine and other Western countries for months as the Russia-Ukraine war has raged on.

In May, Kadyrov said in a video that after Ukraine, he is ready to attack NATO member Poland, and told the European country that it “better take back” the weapons it provided to Ukraine to aid it in its counteroffensive.

“After Ukraine, if we’re given the command, in six seconds we’ll show you what we’re capable of,” Kadyrov said.

Meanwhile in June, he shared an ominous video showing a mass gathering of his armed forces. The Chechen leader gave a speech before the troops about ensuring “peace” in the world, saying that “Western European states have made all possible attempts to destroy our state.”

Earlier this month, Kadyrov published another lengthy Telegram post that pleaded for permission for his forces to join the war in Ukraine to “get even with our blood enemies.”