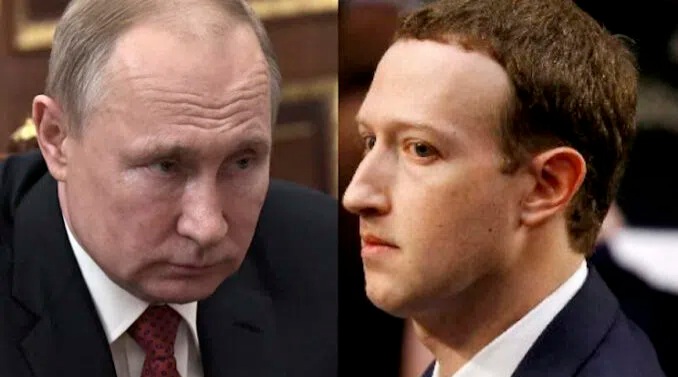 Russian President Vladimir Putin has vowed to punish Facebook if they don’t remove pedophilia from the platform immediately.

On Thursday, Putin’s administration threatened to issue Facebook crippling fines if the social media giant refused to delete content that has been banned in Russia. .

The move comes just days after Putin vowed to punish YouTube for censoring independent content on the platform.

Speaking to Reuters, Russia’s technology and telecommunications regulator Roskomnadzor said it would deploy government agents to Facebook’s offices to enforce the fines.

Russia had threatened Facebook and Google parent company Alphabet with fines up to 20% of their annual Russian revenue in mid-September, Bloomberg reported, after the tech giants refused to censor content on behalf of Russia.

The threat is the latest development in Moscow’s ongoing effort to bring U.S. tech companies under its control.

Apple and Google removed a voting app linked to Navalny from their app stores in mid-September, under threat of prosecution from Russian authorities. The app was used by Navalny supporters to coordinate voting campaigns, and was removed ahead of Russia’s parliamentary elections.