Putin ultimatum to Macron-Merkel: “Either take Kiev or invade” – Ukraine cut off water supply to Crimea – War in Russia (video) 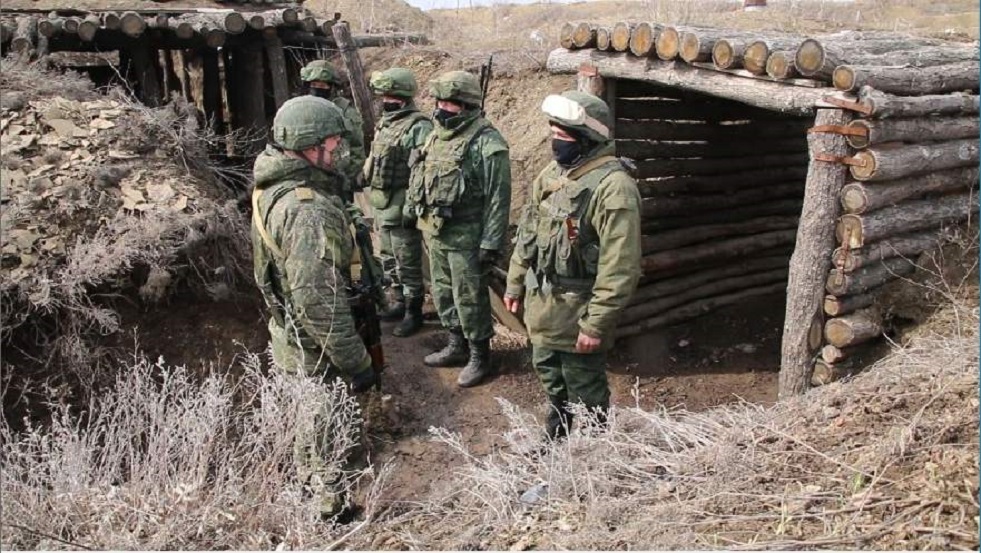 The tension has hit “red” as Kiev cut off water supplies to Crimea and the first shortages have begun and are making their appearance.

This is one of the actions of Kiev aimed at the recapture of Crimea.

It may also be one of the serious causes of the impending conflict.

At the same time, WarNews247 presents the first photos of the Russian lines of defense in Donbas. A force inspection took place a while ago.

Large transfers of forces have been observed throughout the Southern Military District of Russia and in Rostov.

Earlier, a National Security Council meeting was held in which Putin and his associates assessed the situation in Ukraine and Syria, according to Dmitry Peskov.

The first deputy chairman of the Russian Foreign Affairs Committee, Vladimir Dzhabarov, said Ukraine was preparing a large-scale attack and that the situation was “worrying”.

“In my opinion, the situation in Ukraine is very bad, especially on the line of contact between Donetsk-Luhansk and the Kiev authorities.

We are constantly observing the escalation of the conflict. Ukraine is constantly transferring forces and trying to aggravate the situation.

It gives us the impression that Kiev is preparing for a mass attack on Donbass. That’s very bad. “

The same in Donetsk. The Russians are no longer hiding.

“The great movement of our forces is a cause for concern. We saw armor, trucks, artillery and all this is directed towards the border with Ukraine, “ said a resident of the area.

Finally the water in the Crimea

Ukraine has long blocked the transfer of water from the Northern Channel to the Crimean Peninsula.

Ukraine supplied 85% of Crimea drinking water. This for days has ended creating a very suffocating situation.

It is characteristic that the residents of Simferopol started to complain about the water quality. Water supplies are low.

“Water reserves are almost empty. We are trying to get water from alternative sources, “he stressed.

Meanwhile, Russians are uploading photos on social media with water that one simply does not drink. We are talking about red and completely dirty water.

There will be significant sanctions if Russia advances to the Dnieper

The entry of “Wagner” forces in the area of ​​Donbass has great chances. If the Russian Army enters Normally If Ukraine and the country is divided into the Dnieper River then the consequences for Russia will be great as for Russia-US relations.

Russia will be excluded from the SWIFT system and Russia’s economic “assets” in the West will be “frozen”. “Of course, a stronger Cold War will break out,” said military analyst Igor Korotchenko.

Putin ultimatum to Macron and Merkel

“During talks with the leaders of France and Germany, Russian President Vladimir Putin will give them an ultimatum on Donbass,” said Russian political analyst Sergei Markov.

“I believe that Putin will deliver an ultimatum to Macron and Merkel. Either they bring Zelensky back to order and abide by the Paris agreements, or there will be an escalation under the responsibility of Kiev. The main culprits are of course the Americans but also the responsibilities of France and Germany are great. As “guarantors” of the Minsk agreements, they observe for six years that Kiev does not comply with the agreements

Zelensky will not be in these talks precisely because he turned out to be Poroshenko second.

If Putin tells them “in the event of hostilities, I will help not only Donetsk and Luhansk to occupy the entire Donbass region but also the Kharkiv, Odessa and Zaporozhye regions, then Macron and Merkel will be convinced.

There will be an ultimatum, rest assured, “he stressed.

In Donetsk, the Russians are inspecting their forces See pictures and videos