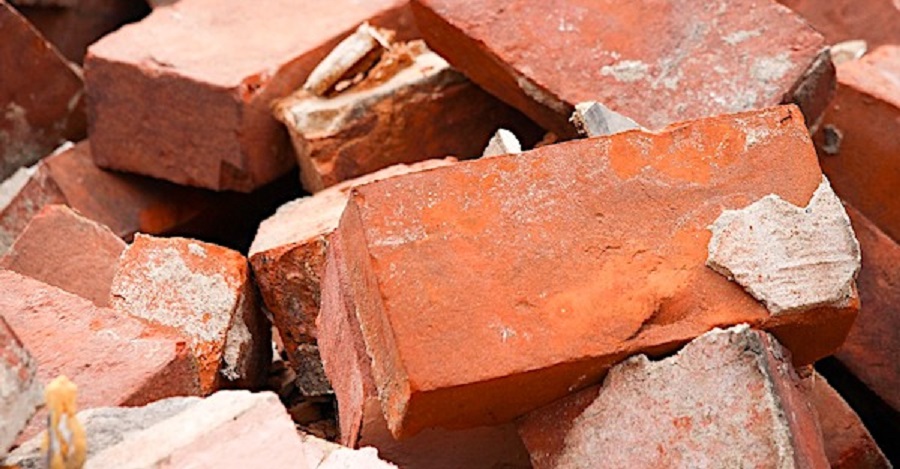 ‘Many assuming left-wing rioters are preparing for total destruction’

Earlier in the year as leftists such as Antifa and Black Lives Matter rioted in cities across the U.S., there were reports that piles of bricks had appeared on street corners just before the violence began.

Similar piles were found in other cities, where rioters broke windows and assaulted law enforcement officers.

Now, as tensions rise on Election Day, photos of brick stockpiles are appearing on social media.

One was accompanied by the message: “Remember similar staged bricks and other rioting materials were pre-positions in summer riots. If you SEE something like this – report it to police.”

THE BRICKS ARE BACK – Piles of bricks started “showing up” again yesterday. Remember similar staged bricks and other rioting materials were pre-positioned in summer riots. If you SEE something like this – report it to police. pic.twitter.com/2TXj0uO3Gm

A Twitter user wrote, “Go get ur friends with pick ups and load those suckers and put them some where on ur property u can do this just do it!”

The pile was seen in Chicago.

Another was seen in Denver, where summer riots left at least one man dead.

Unbolted benches & piles of bricks showing up on street corners in blue cities. This is Denver. They don’t have anything planned tonight do they? ? #ElectionNight pic.twitter.com/K9xd9B0NCH

At the InfoWar site, a report said such materials also were being staged in Lansing, Michigan.

Supplies also were spotted in Santa Monica, California and Connecticut.

Stockpiles of explosives and weapons were found last summer in cities under attack by rioters.

Earlier in the summer, police in Kansas City found stacks of bricks and rocks near protest sites.

What began as peaceful protests in many cities over the death, while in police custody, of George Floyd, devolved into looting and rioting.

“I don’t know who would have put them there. I don’t think they’re doing any type of construction or anything like that. I sense that they’re probably there for nefarious use,” Capt. David Jackson told reporters in Kansas City.

Thousands of businesses were destroyed by fire.

Many downtowns have been boarded up in expectation of leftist riots if President Trump wins re-election.