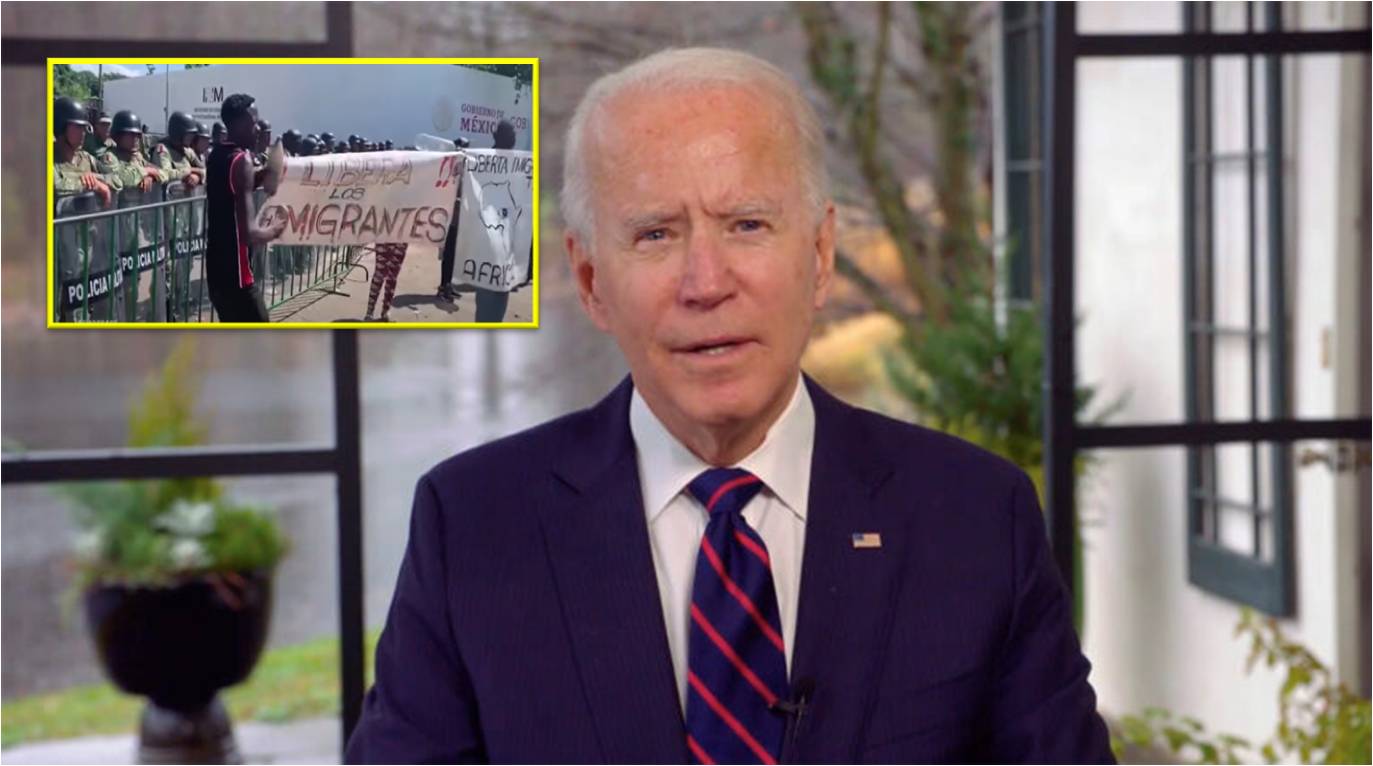 The announcement marks a stark reversal of the trends during Donald Trump’s presidency.

President-elect Joe Biden announced he will raise the number of refugees allowed into the United States to 125,000 in his first year in office, a major reversal from President Donald Trump’s steep cuts to the U.S. refugee program.

It’s not the first time Biden has made that pledge. He previously floated the number in a statement he made during the summer on World Refugee Day.

But it is the first time he has confirmed that number as president-elect.

And, notably, he made the announcement Thursday (Nov. 12) to a Catholic group that works with refugees.

“The United States has long stood as a beacon of hope for the downtrodden and the oppressed, a leader of resettling refugees in our humanitarian response,” Biden said in a prerecorded video set to air during the virtual event celebrating the 40th anniversary of Jesuit Refugee Service.

“I promise, as president, I will reclaim that proud legacy for our country. The Biden-Harris administration will restore America’s historic role in protecting the vulnerable and defending the rights of refugees everywhere and raising our annual refugee admission target to 125,000.”

“This organization was founded to serve the needs of some of the most vulnerable among us: refugees and displaced people. JRS believes that, in the stranger, we actually meet our neighbor. And that every society is ultimately judged by how we treat those most in need,” he said.

Jesuit Refugee Service is an international Catholic organization committed to serving refugees and other forcibly displaced people. That work includes advocating for refugees, serving as chaplains to those in detention and supporting other projects and programming around the globe.

A number of prominent Catholic church leaders, government officials and celebrities also were scheduled to appear at the virtual event. Among them were Dr. Anthony Fauci, director of the National Institute of Allergy and Infectious Diseases; the Rev. James Martin, a Jesuit priest and editor-at-large of America Magazine; comedian Jim Gaffigan; Olympic swimmer Katie Ledecky; Filippo Grandi, United Nations high commissioner for refugees; and the Rev. Arturo Sosa, superior general of the Society of Jesus, better known as the Jesuits.

“That he chose to make this announcement with us tonight is an indication that President-elect Joe Biden is following his faith when it comes to American policy to protect and welcome refugees,” Jesuit Refugee Service Director of Advocacy and Operations Giulia McPherson said in a written statement.

“Not only is it exciting that the United States will once again welcome refugees at an historically high number, but it is also significant that we are hearing the President-elect speak in the language of social justice about the rights of refugees and our call as people of faith and as Americans to accompany them to safety.”

Faith-based organizations, like Jesuit Refugee Service, have long played an important role in refugee resettlement work in the U.S.

In fact, six of the nine agencies tasked with resettlement by the federal government are faith-based. They include Church World Service, Episcopal Migration Ministries, HIAS (founded as the Hebrew Immigrant Aid Society), Lutheran Immigration and Refugee Service, the United States Conference of Catholic Bishops and World Relief.

Most of those agencies have released statements pledging to work with Biden in the days since the presidential race was called in his favor.

“We urge President-elect Biden to uphold his campaign promise to pursue comprehensive immigration reform within his first 100 days in office and to reverse current immigration and refugee policies that put vulnerable individuals in danger, especially the travel ban and the historically-low refugee ceiling,” read a written statement from World Relief President Scott Arbeiter and CEO Tim Breene.

President Donald Trump has set the refugee ceiling — the maximum number of refugees admitted to the U.S. each year — to a new historic low every year he has been in office.

Trump recently put that number at 15,000 for the current fiscal year, which started in October.

By comparison, former President Barack Obama set that number at 110,000 his last year in office. Faith-based organizations have rallied each year for Trump to return the number to its historic average: 95,000.

HIAS President and CEO Mark Hetfield said Biden has a record of standing with refugees, noting that as a senator, Biden had co-sponsored the Refugee Act of 1980, which codified the U.S. refugee resettlement program and asylum system.

“The election of Joseph Biden marks a return to (American) values, an acknowledgment that refugees and immigrants have always been a benefit, not a burden to our great country,” Hetfield said in a video message.

LIRS President Krish O’Mara Vignarajah said in a written statement that Biden’s election is a “new dawn” after a “dark chapter for our immigrant brothers and sisters.” She pointed to the Trump administration’s “zero tolerance” policy at the U.S.-Mexico border and his so-called travel ban, which limits travel to the U.S. from a number of mostly Muslim countries.

Biden promised during his campaign he would end the ban, also referred to as a “Muslim ban,” on the first day of his presidency.

And an ad run by the Biden campaign in late October also promised he would issue an executive order on day one creating a federal task force to reunite the 666 children who remain separated from their families after seeking asylum at the U.S.-Mexico border.