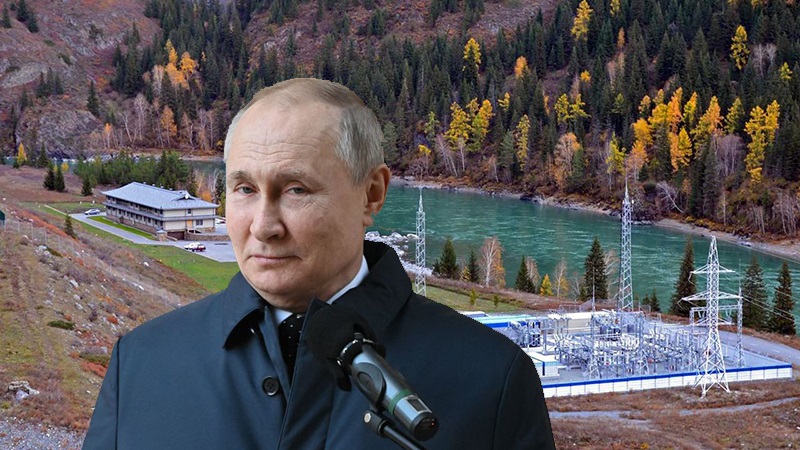 Comments of crackpot professor probably completely made up. Posting it on Facebook is fine though, unlike any link to RT or Sputnik News

A story that sounds completely made up is going viral as the information war ramps up concerning the conflict in Ukraine. A Russian professor has claimed that Vladimir Putin has moved his entire family into a secret underground city built to withstand a nuclear holocaust.

The Daily Mail reported on the assertions of Valery Solovey, a political scientist and former professor at the Moscow State Institute of International Relations, who claims that Putin is both physically and mentally unwell, and has ordered family members to take up residence in a nuclear bunker in the Altai Mountains.

In a video posted online, Solovey asserted that “At the weekend, President Putin’s family was evacuated to a special bunker prepared in case of nuclear war,” adding that “In fact, it is not a bunker, but a whole underground city, equipped with the latest science and technology.”

“I hope this means something to you? That the President sends his family to this bunker?” said Solovey, who claims to have insider contacts in the Kremlin, and claims to have been interrogated for hours only last week by Russian authorities.

He also claims that Putin has a secret wife almost half his age in Olympic Gold-winning rhythmic gymnast Alina Kabaeva, who has been moved to the underground city.

This is all 99.99999% likely crackpot bullshit, but if you post the link on Facebook or Twitter it will not get blocked, unlike any story or video connected to Russia news channels RT and Sputnik News which are now completely banned throughout Europe.

Russia yesterday warned that any western country aiding Ukraine “should not fail to understand the danger of the consequences,” adding that “EU citizens and structures” involved in sending weapons to Ukraine would also be “responsible for any consequences.”

The Russian foreign ministry statement added that “The actions of the European Union will not go unanswered,” and “Russia will continue to ensure the realization of its vital national interests without regard to sanctions and their threats.”

“It is time for Western countries to understand that their undivided dominance in the global economy is long a thing of the past,” the statement also noted.

Meanwhile, globalists are calling for U.S. military intervention despite the clear risk that this would lead to a global nuclear conflict.

Others have warned that instituting a no-fly zone over Ukraine could also lead to disastrous consequences.

While Russia said it has no plans to occupy Ukraine, Ukraine’s Ambassador to the United Nations, Sergiy Kyslytsya, directly compared Putin to Hitler, saying his nuclear threat would be suicide, and that “If he wants to kill himself, he doesn’t need to use a nuclear arsenal. He has to do what the guy in Berlin did in the bunker in May 1945.”

During the speech, Kyslytsya also likened the Russian invasion to that of the Nazi invasion of Ukraine in 1942.

Putin declared on Sunday he was putting his nuclear forces into “special combat readiness.”

U.S President Joe Biden was asked yesterday if Americans should be worried about nuclear war. He said ‘No’ through his face mask.