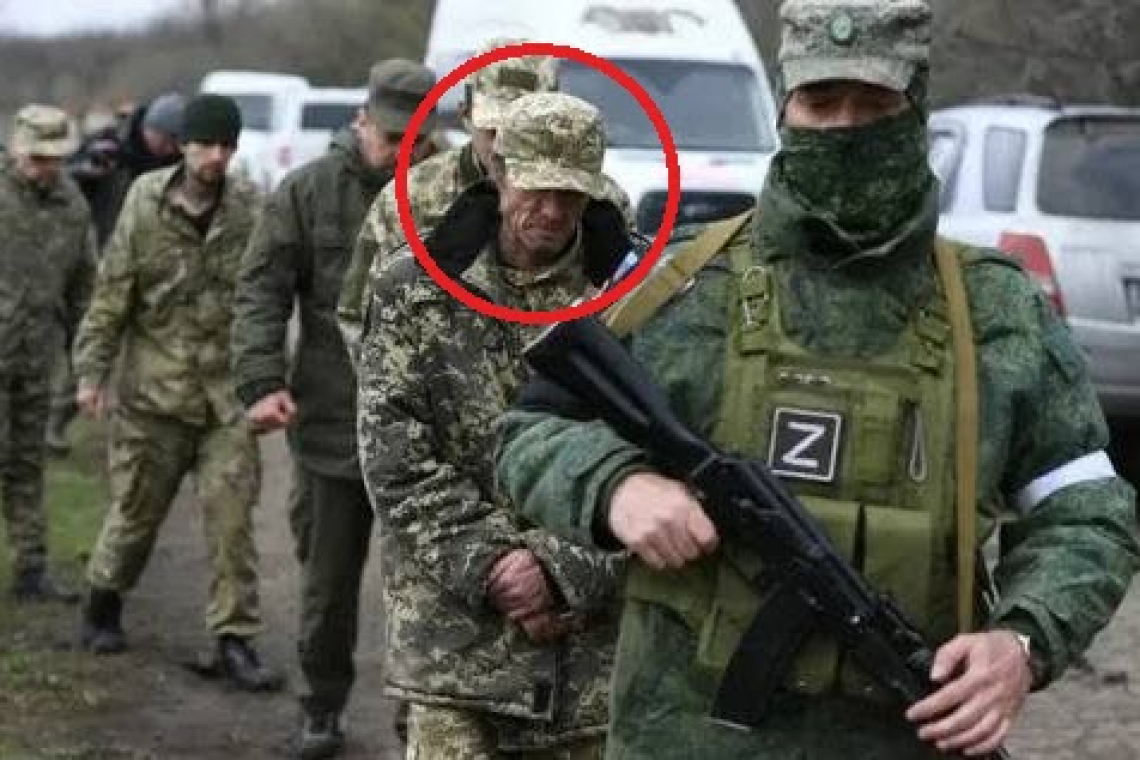 Numerous reports have been circulating much of today (Sunday, May 15, 2022) claiming that a U.S. Military Commander surrendered to Russian forces from the Azovstal Steel Mill in Mariupol, Ukraine.   As of 6:17 PM EDT, a photo purported to be U.S. Navy Admiral Eric Olson, has been released allegedly showing the Admiral under arrest by Russian troops.

The photo, featured above, is claimed to be Admiral Eric T. Olsen.

His official US Military photo (Years old) appears on Wikipedia as shown below:

He previously served as Deputy Commander, U.S. Special Operations Command from 2003 to July 2007. Olson was the first Navy SEAL ever to be appointed to three-star and four-star flag rank, as well as the first naval officer to be USSOCOM’s combatant commander.

He took command from Army General Bryan D. Brown in 2007.[1] Brown and Olson had served together at the SOCOM headquarters in Tampa for four years.

He retired from active duty on August 22, 2011 after over 38 years of service. He relinquished command of SOCOM to Admiral William H. McRaven the same day.

Below is a more recent photo of Admiral Olson, taken in March, 2020:

There is also news of Canadian, French, and Turkish military officers still hiding inside tunnels beneath the Azovstal Steel Mill in Mariupol.

What these men were allegedly doing there and who sent them there, is not yet known.

If confirmed by the Pentagon, the massive question this raises is why are U.S. military officers, and the military officers from other NATO countries, inside Ukraine at all, and who authorized them to participate in waging undeclared war upon Russia?

(Remark: I have reached out to the Pentagon Public Affairs Duty Officer via the off-hours/Weekend media contact telephone number, seeking Pentagon comment.   The Duty Officer I spoke with requested I send them details via email, which has been done.

If a reply comment is received from the Pentagon Press Office, it will be added to this story.)

The “where” and “when” arguments do not take issue with WHO is allegedly shown in the photo.

Seven (7) Americans were killed in Rubizhnoye, who participated in the battles on the side of Kyiv, according to Alaudinov, an assistant to the head of Chechnya,.

He showed a document of one of them with the name Joseph Ward Clark from Washington state.

One thought on “REPORTS: U.S. Admiral Surrenders to Russia in Mariupol, Ukraine”