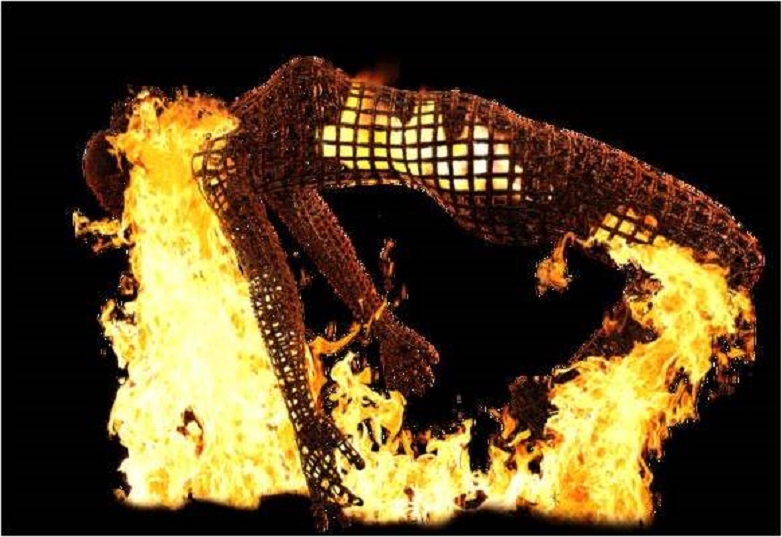 Research published in Annals of Internal Medicine shows that cannabis combats neuropathic pain, the type suffered by people with multiple sclerosis, HIV, diabetes and possibly some forms of fibromyalgia.

It’s noteworthy given cannabis is still scheduled as an illegal, class I controlled substance by the federal government, with “no currently accepted medical use in treatment in the United States,” to use the Drug Enforcement Administration’s own words.

Despite the federal law, medical cannabis is legal in more than half the states, with the above-mentioned conditions and chronic pain listed as qualifiers in many of those states.

“Investigators’ conclusion that there exists clinical evidence supportive of the efficacy of cannabis in the mitigation of neuropathic pain is consistent with both prior reviews and with the anecdotal reports of patients, many of whom are seeking a safer alternative to the use of deadly opioids, and it is inconsistent with federal government’s classification of the marijuana plant….” NORML Deputy Director Paul Armentano said in a statement.

A second study published in the same edition of Annals concluded there is not enough evidence to know whether cannabis is effective in treating PTSD (but that new information will be coming soon) and advised doctors that “the horse is out of the barn.”

Since that study, several others have demonstrated medical cannabis is effective at managing PTSD symptoms.

While the study found only “limited evidence” of cannabis’ efficacy on neuropathic pain, it’s important to understand that the cannabis being used for medical research is very low in THC and not representative of what’s available on the market to medical cannabis patients.

Because of a federal law that classifies cannabis as being more dangerous than crystal meth or heroin, researchers at academic institutions studying the medicinal effects of cannabis on people must obtain the plant from the federal cannabis garden at the University of Mississippi.

This garden grows weed with THC levels topping out at 8, 10, maybe 13 percent, depending on which reports you want to believe.

Most cannabis available in medical dispensaries these days has THC levels of around 20 percent. Some have THC levels as high as 30 percent as far as flower goes and, with concentrates, THC levels can go into the 80 percent range and higher.

The weed out of the Mississippi garden is so vile that one researcher alerted the Washington Post. PTSD researcher Sue Sisley got some nasty, moldy bud. After determining the mold levels would not be toxic to patients, she decided to use it anyway. It’s not like she had any other choice.

I asked Armentano if he could fill me on the latest regarding the federal government’s marijuana garden at the University of Mississippi. He sent me this link.

Strains at federal pot garden evolving to include CBD

To the federal government’s credit, the garden is evolving to include high CBD strains. Once upon a time, it grew only one strain.

“Obviously, these products do not represent the broad scope of actual cannabis-based products that patients are using in the real world — a point that has been raised frequently by critics,” Armentano wrote in an email. “You are correct that any cannabis administered as part of an FDA-approved trial must be provided by the University of Mississippi.”

Federal marijuana research also seems to ignore the science of terpenes. Terpenes are compounds in the plant that vary by strain and have medicinal qualities as well as aromatic effect.

The Annals study was a review of research already published. It analyzed 27 chronic pain trials.

To the researcher’s credit, the flaw in the research that renders much of it null and void in my opinion is listed: “The cannabis formulations studies may not reflect commercially available products.”

We know anecdotally, overwhelmingly so, that millions of Americans are effectively treating their pain with cannabis. Opioid overdose deaths are down in states where medical cannabis is legal. Fewer painkillers are being dispensed.

A woman recently shared with me how she ended up being hooked on fentanyl after a surgery. Now, with her medical cannabis card, she is off opioids completely.

Just as I am completely off benzodiazepines for my PTSD.

The blessing of the mainstream medical establishment would be an important first step toward getting insurance companies to pay for medical cannabis. That would make it more widely available.

But the establishment isn’t going to do that without further, more rigorous clinical trials

“While more rigorous clinical trials of longer durations are arguably warranted, call for such trials should not overshadow the reality that tens of thousands of patients in the US are presently using therapeutic cannabis to safely and effectively address various hard-to-treat conditions, including chronic pain and post-traumatic stress — which is why well-respected advocacy groups like the American Legion and AMVETS are lobbying in support of greater patient access to marijuana,” Armentano said.

“Further, it must be acknowledged that the longstanding politicization of the cannabis plant, and its ongoing schedule I status, has greatly impeded researchers’ ability to conduct the sort of robust, large-scale, prolonged clinical trials that are typically associated with eventual FDA drug approval,” Armentano said.

“Such trials are typically funded by private pharmaceutical companies seeking market approval, whereas cannabis research must be funded by academic institutions,” he added. “These institutions possess limited funds, and they are not in a position to — nor are they seeking to — attempt to bring the drug to market.”

In the Annals editorial accompanying the research meta-analyses, Dr. Sachin Patel of Vanderbilt Psychiatric Hospital in Nashville writes, “Although several well-designed trials are under way to address (treating pain and PTSD with cannabis), to some degree the horse is out of the barn – and unlikely to return. Even if future studies reveal a clear lack of substantial benefit of cannabis for pain or PTSD, legislation is unlikely to remove these conditions from the lists of indications for medical cannabis.”

Medical cannabis patients with PTSD or chronic pain say marijuana relieves their symptoms when nothing else does.

Pharma medications for those conditions – benzodiazepines and opioids — churn out addicts every day. Some believe that during a national opioid crisis, the feds should declare pot legal as part of a national addiction emergency.

“As Nugent and colleagues note, patient characteristics associated with clinical response to cannabis products for pain are unknown,” Patel writes. “Another, more controversial explanation may be the complexity of chronic pain, with interrelated behavioral, emotional, and cognitive domains.

“Perhaps cannabis decreases the clinical effect of chronic pain in some way not readily operationalized by traditional pain rating scales. Of course, it’s also possible that cannabis’ effects on perceived pain are simply not robust, and such catch-all diagnoses as pain to justify legal access to cannabis may be overused.”

Hogwash, says Amanda Reiman, a marijuana researcher at the University of Berkeley. She says the mainstream medical establishment suffers from its own form of “reefer madness.”

Leafly Reveals The Top Cannabis Strain Of The Year